“What she found in the private room is a scene straight from a horror movie.” 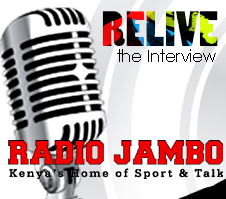 On Monday, a woman from Butere sent Radio Jambo a bizarre text message and minutes later they called her. She narrates the story of how her husband has acquired massive riches within a very short period of time. They have lost their two children in two years and curiously on a similar date.

She told Radio Jambo’s Gidi how the husband became rich every time their child died. After the first death, the husband bought two vehicles, and after the second, he bought six motorcycles.
In their six room house, their is one room she is forbidden from accessing, but events that happened just recently made her break the door and find out what is hidden inside. On one evening, she was not feeling well and so the husband was preparing the food. She was shocked to find him stirring soup with a dried up human hand. They argued terribly and the following day she decided enough was enough, the door was coming down. What she found in the private room is a scene straight from a horror movie. Several private parts and human heads.
On confronting her husband, he was very unapologetic and promised to kill her just as he had killed their children. She was told that she would drop dead the minute she walked out of that house. When the woman called Radio Jambo, she was still in the house but unfortunately, her husband came and killed her moments later.
Here is the audio recording. If your browser does not show you the play button, Follow this link.
© nairobiwire.com
Prophetess Nyaboke Speaks Again. Is Raila Kenya’s Next President? < Previous
STL To Close Down Kenyatta Avenue For a Video Shoot. Next >
Recommended stories you may like: