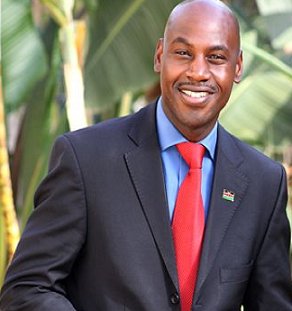 After a rocky exit from the national broadcaster KBC, Walter Mong’are best known as Nyambane, has joined the Standard Group, as the Content Development Manager for KTN, Radio Maisha and Standard Online. The comedian will also host TV and radio shows, aside from his managerial duties.
“The general public can look forward to a return of big time comedy and the much loved Radio personality Nyambane on the airwaves soon” said Mr. Sam Shollei, Standard Group CEO.

Nyambane thanked Shollei for considering him for the job, and promised to help the struggling media house back on its feet. “It’s an honor to be considered by the CEO to be part of the great team at the standard and I look forward to being of value to the organization and the audiences that we look forward to serving.This is my commitment as I take up my new role at the Standard Group.” he said.

Nyambane has over 10 years experience, having worked in almost all media houses in Kenya. His recent and most controversial job was at KBC, where he was the head of radio. Allegedly, staff wanted him out for among other things, ‘killing’ Metro FM and replacing it with Venus FM.

Loading...
KCPE 2012: Top 100 Candidates Nationally (Female) < Previous
Was Waititu Offered Sh 500 Million To Step Down For Jimnah Mbaru? Next >
Recommended stories you may like:

Huddah Brags About Earning More Than President Uhuru on OnlyFans

Sauti Sol: We Don’t Show Off Our Charity Work Because It Comes From the Heart
Loading...
The Latest