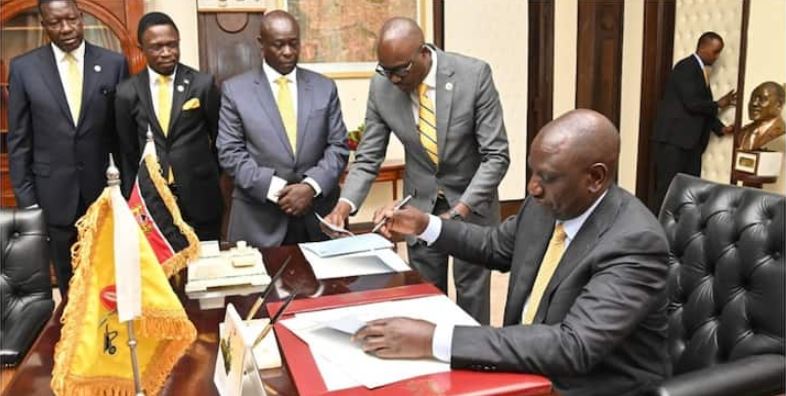 The highly contentious position of Chief Administrative Secretary (CAS) is back on the agenda after the government invited members of the public to share their views.

The position was first created by former President Uhuru Kenyatta in 2018 but the court later declared it unconstitutional due to among other things, lack of public participation.

President Ruto now intends to retain the position but in accordance with the provisions of Article 132(4)(a) of the Constitution.

“The President has proposed to establish the offices of Chief Administrative Secretary which will be offices in the public service and will be under the direction of Cabinet Secretaries,” the Public Service Commission said in a notice carried in local dailies.

“The Public Service Commission will recommend persons to hold the position of Chief Administrative Secretary for appointment through a competitive recruitment process that shall culminate in a nomination by the President and vetting by the National Assembly.”

Applicants for the CAS position are required to possess a Bachelor’s degree from a recognized university and excellent interpersonal and communication skills.

They will also be expected to demonstrate ability to manage the administrative-political interface, articulate public policies and programmes, and undertake complex and high-pressure tasks that require engagements with multi-institutions and other public officers/offices among others.

Members of the public can submit their views on the proposal to create the CAS position through writing to the Secretary, Public Service Commission, P.O. Box 30095, 00100, Nairobi or hand delivered to the Commission’s offices at Commission House, Harambee Avenue or by email [email protected] not later than 6th October 2022.