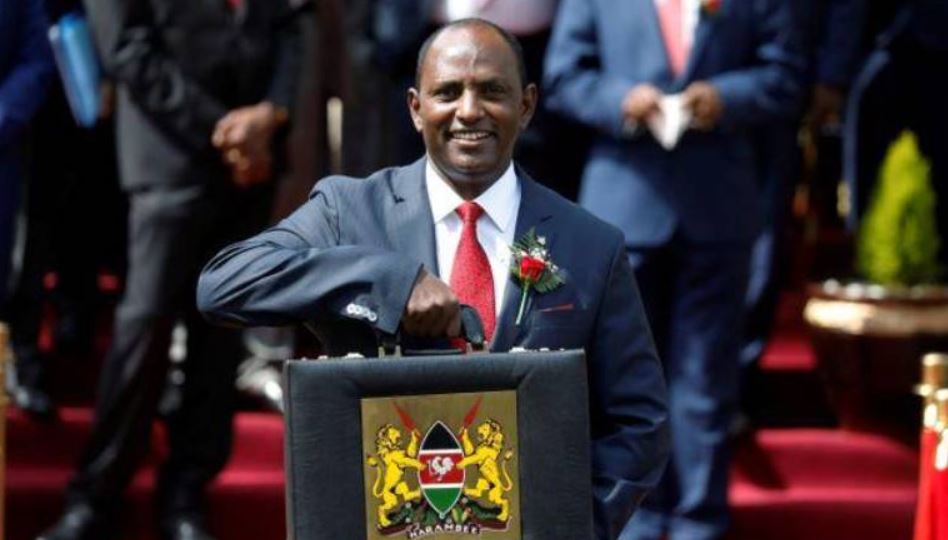 Treasury Cabinet Secretary Ukur Yatani has termed as ignorant the recent claims by Kenya Kwanza leaders that they only found Sh93 million in the public coffers.

“We have inherited a dilapidated economy. We have found empty coffers. There is barely any money in this country and we are starting from scratch. I have asked the people of Kenya to be patient with us because we have a plan but it cannot be immediate because we have found a bad situation in terms of the economy,” Gachagua said in a TV interview on Sunday.

Nandi County Senator Samson Cherargei on his part claimed former President Uhuru had made away with everything, leaving only Sh93 million in govt coffers.

“The economy is no longer in ICU But Death because H.E Ruto found only Sh93.7M at the treasury, Uhuru went home with everything. State Capture is REAL!” he said in a tweet

“The country is broke Kenyans be patient H.E Ruto shall fix this through economic transformation and Prayers from all of us. Amen.”

But responding to these claims, Treasury CS Ukur Yatani explained that the government does not sore money.

“Government does not collect money and store it in one place, keep it for one month and later distribute it after a few months or after one year,” he said.

Yatani explained that the standard procedure involves raising revenue on a daily basis and funding government activities within the same setout timelines, including salaries and other expenditures.

Adding: “Sometimes we argue out of ignorance. I really don’t know whether to sympathise with the situation because there is really a lot of misconception about it. Government does not collect and store money.”

Ukur Yatani spoke on Thursday while addressing the senators’ induction in Naivasha.

CS Yatani: Treasury Won’t Disburse Funds to CDF < Previous
Ruto Invites Public Views on CAS Position Here’s How You Can Participate Next >
Recommended stories you may like: