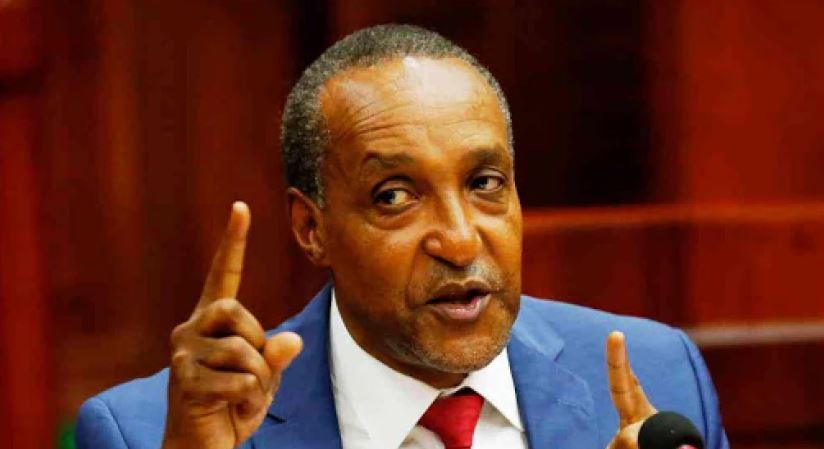 Foreign Affairs Principal Secretary Macharia Kamau says Kenyans who work as domestic workers in Middle East countries suffer abuse because they are not subservient to their employers.

Speaking during the induction of Members of National Assembly, PS Macharia said countries like Saudi Arabia have ancient traditions that require domestic workers to be submissive.

The PS said the cultural differences between such countries and Kenya pose a big challenge.

“In a country like Saudi Arabia we are facing a special challenge… There are some places where, culturally, unyenyekevu ambao unahitajika kwa kazi zingine za nyumbani sio unyenyekevu ambao unapatikana sana kati ya watu wetu (the kind of subservience needed in some jobs is not the kind you find in Kenyans). So sometimes our people will not be submissive when they go to these countries under contract in places like Saudi Arabia where their traditions around housework are very ancient. So you find that the people who suffer the terrible beatings and abuse are usually of that category,” said the PS.

Amb Macharia noted that there are over 100,000 other Kenyans in Saudi Arabia working in other sectors who are not facing the same problems as domestic workers.

“But in that same country we have over 100,000 Kenyans working in different capacities, hotels, transport and taxis, we have no problem.

“We have to ask ourselves, are we exporting the right category of personnel? and do they have the right capacity and training to understand that culture before they leave and go and work there? We have a problem there,” he said.

Macharia described Kenya’s diaspora experience as an “exciting and positive experience” that should not be overlooked.

“We have millions of Kenyans in the diaspora. We have over $310 million a month coming from the diaspora. Our diaspora experience is an exciting and positive experience and it is very important that we never lose sight of this,” said Ambassador Macharia.