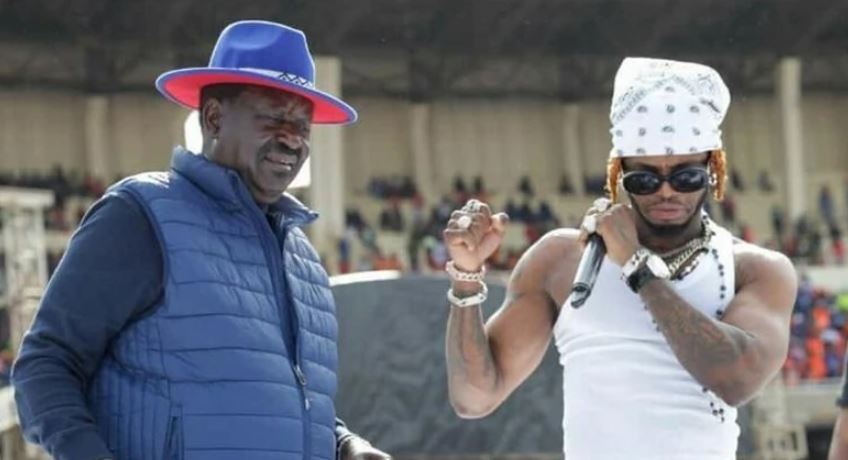 Diamond’s endorsement of Azimio flagbearer Raila Odinga did not come cheap, with multiple media sources reporting that the Tanzanian hitmaker earned a cool $100,000 (Ksh11, 927,500) for the 10-minute performance.

This of course remains unverified information, but it was revealed by a well-placed source who also claimed that a certain tycoon in Tanzania bankrolled Diamond’s surprise performance at Kasarani.

Apparently, Diamond’s booking was weeks in the making, with Mombasa Governor Hassan Joho said to be one of the key negotiators in the deal.

“Kindly this is off the record, but the conversation to have Diamond perform at Raila’s rally had been in the pipeline for three weeks. The performance was actually sponsored by a tycoon in Tanzania. 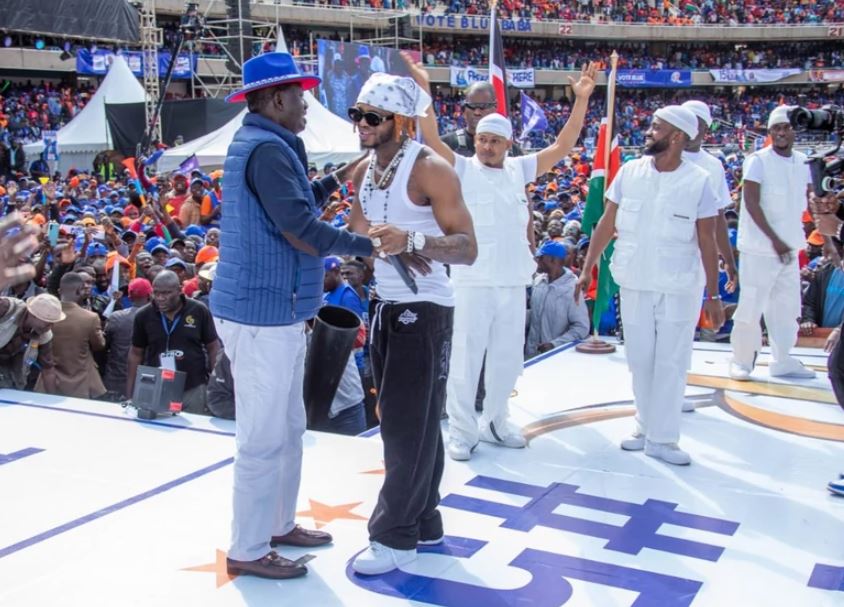 “I am not sure if the tycoon is a businessman or a politician but clearly it seems it’s someone well known to Azimio’s principals. However, what I’m sure of is that Diamond was paid $100,000 for the Kasarani performance,” the source told Nation.

On top of the $100,000 payment, Diamond was also treated to a private jet fight from South Africa to Nairobi and a short helicopter ride from JKIA to Kasarani stadium.

It is still unclear if the unnamed tycoon also footed the bill for the private jet used by Diamond into the country and back to South Africa.

Being one of the top stars in Africa, Diamond undoubtedly commands huge fees. As of July 2021, he was charging $70,000 for shows outside Tanzania and $50,000 for shows within his homeland.

Juliani Clarifies “distasteful” Comment on Diamond’s Azimio Performance at Kasarani < Previous
Nandy “feels bad” after Diamond Fined Rayvanny for Performing at her Festival Next >
Recommended stories you may like: