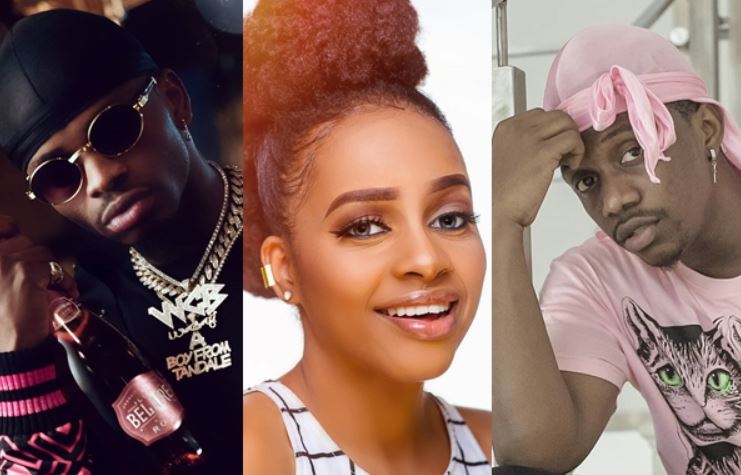 Reports coming out of Tanzania indicated the Diamond Platnumz-owned label had not cleared Rayvanny to perform at any concert until he fully terminates his contract with Wasafi.

Nandy said she followed due procedure when booking Rayvanny as an independent artiste.

“This is business and that’s why we followed all the protocols to get him. He came with like 4 cars and 13 people on his team, that’s his bodyguards and others.

“We never talked about WCB because I approached him as an artiste and friend but I also adhered to their demands and if there was need to reach out to WCB, we could have done that. But it was very smooth,” Nandy said.

The Napona hitmaker mentioned she is yet to talk to Rayvanny to confirm the reported fine. She however expressed her sympathy for Rayvanny saying she felt like she as responsible for the singer’s woes with Wasafi.

“I have seen the news and I feel bad for him(Rayvanny) because I feel like I put him in trouble. I have not even been able to ask him. But I saw he said he is an independent artiste and you can book him through his team. That gave me a bit of relief, making me assume that maybe these are just fake news doing rounds on social media.”

Tanzanian Tycoon Paid Sh11.9 million for Diamond’s Performance at Kasarani – Reports < Previous
Eric Omondi in Heated Exchange with Kamene and Obinna, “I Have More Money Than You’ Next >
Recommended stories you may like: