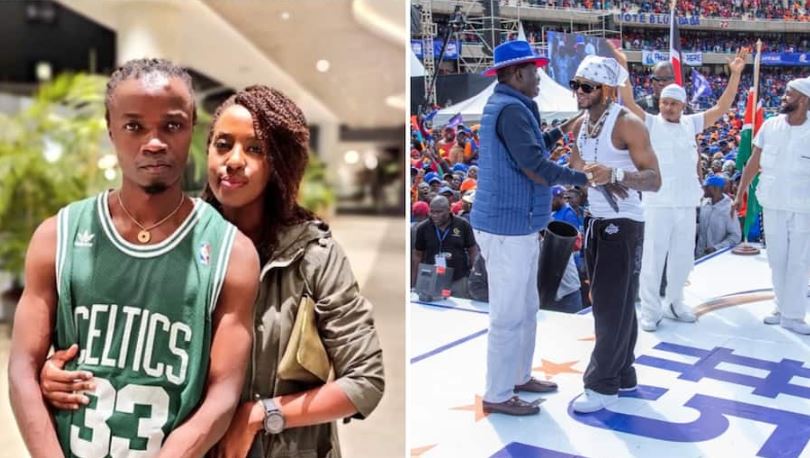 Rapper Juliani has issued a follow-up statement explaining his earlier comments regarding Diamond Platnumz’s performance at an Azimio political rally at Kasarani Stadium on Saturday, August 6.

The ‘Exponential Potential’ rapper had rubbished the hiring of a foreign act as distasteful, sparking mixed reactions from internet users, some of whom accused Juliani of ‘hating’ on Diamond.

“Diamond in Kasarani was distasteful. Any Kenyan would have sufficed,” Juliani wrote.

The rapper clarified that his issue with Diamond’s performance was “optics and timing”.

“I am a Pan African. Anything African should thrive beyond the borders. Issue for me was – Optics & Timing, especially in an election, a close one like this. Every Vote counts. We have a whole constituency of creatives who are going to vote. Would’ve been the best time to have them on your side. That’s all,” wrote Juliani.

He added: “Kenyan creatives often have to fight to be seen, heard and appreciated. Being one of the fastest growing industries with massive numbers of employment across the value chain. Optics matter.

“The youth shouldn’t seem as an afterthought after ethnicity, private sector, religion. We get them involved intentionally.”

Juliani further mentioned that his issue was not with the Azimio La Umoja Coalition.

“I know Azimio has been keen on this. So it had nothing with them or me for that matter. My comment was an opinion as an active player in the sector, a leader and a voter,” Juliani stated.