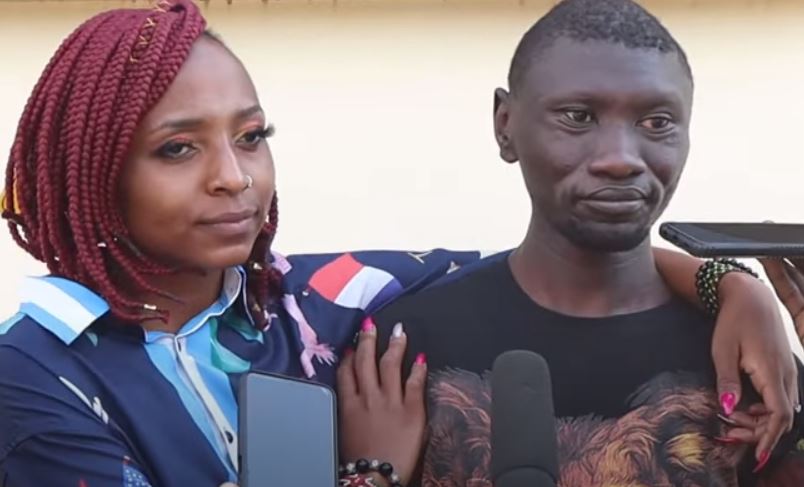 Over the last couple of days, popular musician Stivo Simple Boy has been the talk of the town after those other bloggers reported that he had proposed to his girlfriend.

The reports came from a video doing rounds on social media showing Stivo Simple going on his knee to propose to his supposed girlfriend, Jenny Wangui alias Gee.

However, it does not take Einstein’s brain to figure out that the video was a snippet of a music video shoot, and the proposal is all part of an elaborate publicity stunt.

It is the same kind of stunt Stivo’s ex, Pritty Vishy, is pulling with musician Madini Classic. Maybe it’s just the hopeless skeptic in me but I always stand to be corrected.

Either way, these shenanigans have now roped in a little-known rapper from Bungoma who claims that Stivo Simple Boy snatched his woman.

“My name is Rapdon, I am an artist from Bungoma. I was dating this girl for 6 months until I came and found that she was trending on social media. I love her and I don’t want to lose her. I am depressed right now because she has already blocked me,” the upcoming rapper said in a YouTube interview.

Rapdon even shared TikTok videos of himself and Gee, saying: “There are these videos we make for TikTok, tulikuwa tuna make na yeye. Tume make several. So I used to post. So all of a sudden, ika happen that aka get engaged na Stivo. But alinitoka, alinitoka kidogo.” 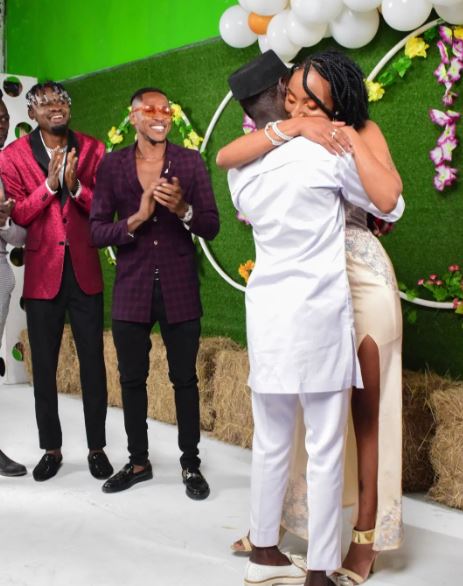 In another interview, the rapper claimed Sti Simple Boy literally eloped with Gee after he visited them at his house.

“Stivo visited my place with a small group. I was very happy because I thought he had come to see me or maybe he had liked my work as a rapper. We had never met before so I thought he had seen my work. He came and we talk before he left. I don’t know how he located my place,” the rapper claimed.

Of course, Jenny and Stivo Simple responded, with the former wondering why his “brother” Rapdon would claim they were in a relationship.

“There are many people who have come out, others are posting videos, but the truth before God is Rapdon is like a brother to me. He decided to post like that and I told him to pull them down. I don’t know why he decided to do that but we are human beings,” Jenny said.

Stivo Simple Boy on his part said the game is the game and Rapdon should ‘take the L’.

Anyway, here’s to hoping the new song will be worth all the cheap drama!

Woman Offers Uhuru a Gift For Fulfilling Campaign Promise (PHOTOS) < Previous
The Real Reason Obinna Won’t Date Women in their 20s Next >
Recommended stories you may like: