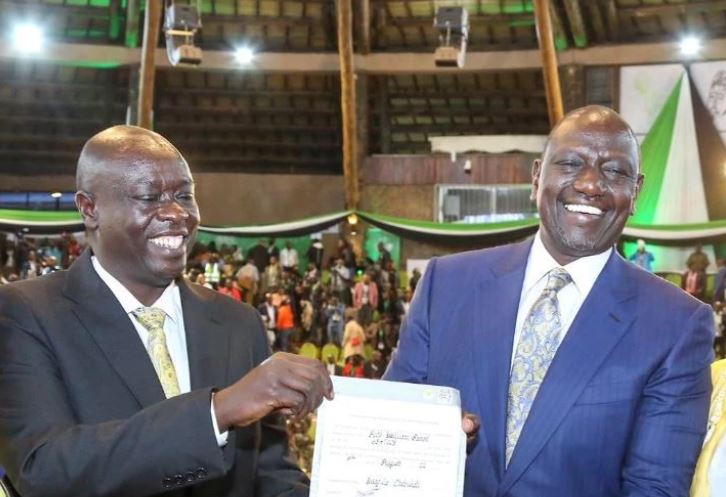 It is presumed that Uhuru might skip the ceremony given his fallout with Ruto and endorsement of Raila Odinga for the presidency.

Furthermore, President Kenyatta has previously gone on record to say he would not hand over power to people he deemed unfit to hold office.

This, however, does not faze the outgoing Mathira MP who says that only the presence of the Chief Justice is required to hand over the instruments of power.

“There is nowhere in the constitution that the president has a mandate to hand over power, what is only required during the swearing-in ceremony is the presence of the Chief Justice, it is not even that sword, that is just ceremonial,” said Gachagua.

The Deputy President-elect cited the swearing-in ceremony of Joe Biden which proceeded without the outgoing Donald Trump.

“But we are asking him to be a gentleman.”

Rigathi at the same time expressed concern over the “continued silence by the head of the state” saying it is worrying.

“…even if he does not want to congratulate Ruto he should do the honorable and send a message of peace to Kenyans,” he said.

How Kenyans Reacted To Sakaja, Igathe Meetup < Previous
All The Trending Memes and Tweets This Friday Next >
Recommended stories you may like: