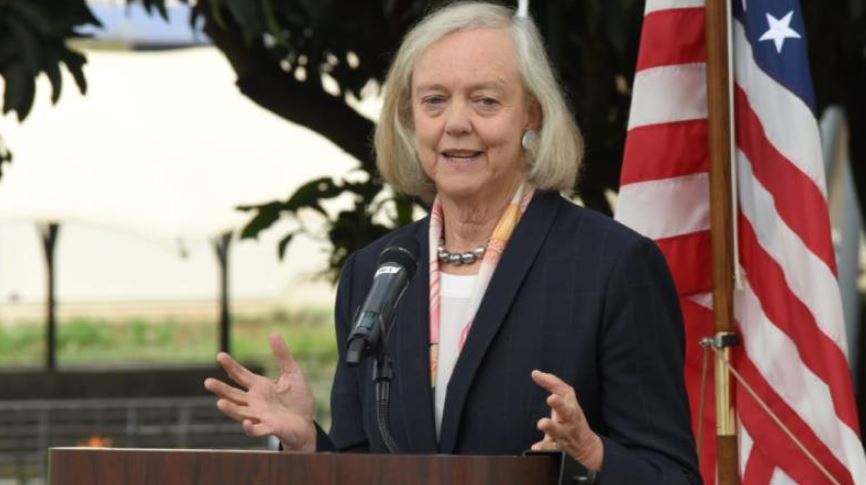 The newly appointed United States ambassador to Kenya Meg Whitman has pledged to accelerate the VISA application process for Kenyans.

In her first media address following her arrival in Kenya last Sunday, Whitman said that the long waiting time was unacceptable.

“I am aware of the very long waiting times that Kenyans experience when applying for VISAs to the US.  The situation is unacceptable. We need to find ways to expedite those VISA applications. I promise you that we (the US Embassy in Kenya) will find ways to accelerate the process. That will be one of my top priorities,” Whitman told the media.

“The Embassy will see through this as soon as possible,” she added.

Whitman also promised to address the issue of compensating victims of the 7 August 1998 US Embassy bombing.

“I am aware of the situation; I am not aware of solutions in progress. I am only six days on the job so I will get back to you with my understanding of the victims and if or when they will be compensated,” she said.

“We issued a routine alert to make sure our people are alert on the situation we face. We don’t have any information that you don’t have on any dangers. My top priority is the safety of our personnel and citizens.

“The advisory does not in any way reflect the U.S views on the outcome of Tuesday’s election. The reason we issued the alert is that this is the second largest population of Americans outside of Nairobi. We have a very large number of American citizens and a large number of Embassy personnel in Kisumu,” she said.

Whitman added: “If we had a large number of people in another area we probably would have added that county as well.”