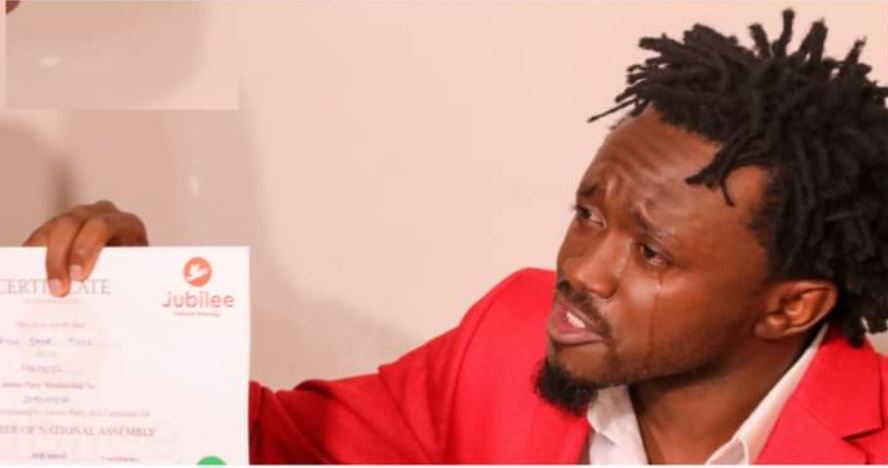 Musician and Mathare MP hopeful Bahati claims he has spent up to Sh33million to fund his political campaign.

Speaking to Tanzanian journalist Millard Ayo, Bahati noted that it costs Sh50 million to campaign for an MP seat in Kenya.

The singer said he is set to spend another Sh10million on the day of the general election, August 9. Bahati said most of his campaign funds came from wellwishers, including his fans, friends, and his political party, Jubilee.

“It costs more than Sh50million to campaign as an MP in Kenya, and yes, it’s a lot of money,” he said.

Adding: “I have spent Sh33million in my campaign so far… I have received a lot of support from various people and groups. There’s a Sh10million budget for the election day.”

Bahati also expressed confidence in achieving his dream of becoming President of Kenya in the next 15 years.

“Take my word… I will be the president of this country come 2037. That is my dream,” the singer said.

Bahati also explained why he thinks he is the best fit for Mathare MP.

“Mathare is where I was born and raised, it is the place that made me who I am. We have been wanting and crying for change. If I can do something to better the lives of people in Mathare, why not go for it. Mathare people are going through the same problems I went through more than 20 years ago,” he said.

CRAZY – The Funny Memes Going Viral on Social Media < Previous
New US Ambassador to Kenya Promises to Accelerate VISA Application Process Next >
Recommended stories you may like: