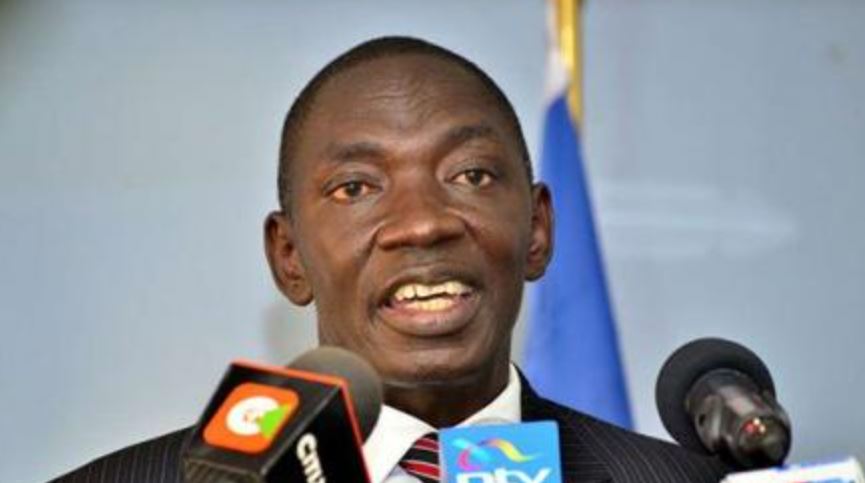 Government Spokesperson Cyrus Oguna says President Uhuru Kenyatta has no individual powers to avert the rising cost of living in the country.

Oguna explained that the high cost of living is not unique to Kenya and is being experienced in many countries.

“It is not fair to put this blame on one person, it is not the President. There is a neighbouring country where the president told citizens to expect a rise in the cost of living, they understood…. But here we are blaming Uhuru. It is not him, he has no individual powers,” Oguna said in a radio interview.

He attributed the rising inflation to the Russia-Ukraine war, saying Uhuru has no control over it.

Oguna also rubbished claims by DP Ruto’s Kenya Kwanza brigade that Uhuru’s handshake with Raila Odinga is also to blame for the hardships being witnessed in Kenya.

“Where is the handshake coming from? I am not a politician but I know at this period people will say many things to praise themselves.

“They throw stones at the government to get praise, the truth is that since the handshake there has been peace, development, the Big Four is taking shape, the expressway is there affordable houses are there, hospitals have been built,” Oguna said.

Govt Employees Jailed For Forging Academic Certificates < Previous
Bahati’s Baby Mamas Diana Marua and Yvette Pictured Together Next >
Recommended stories you may like: