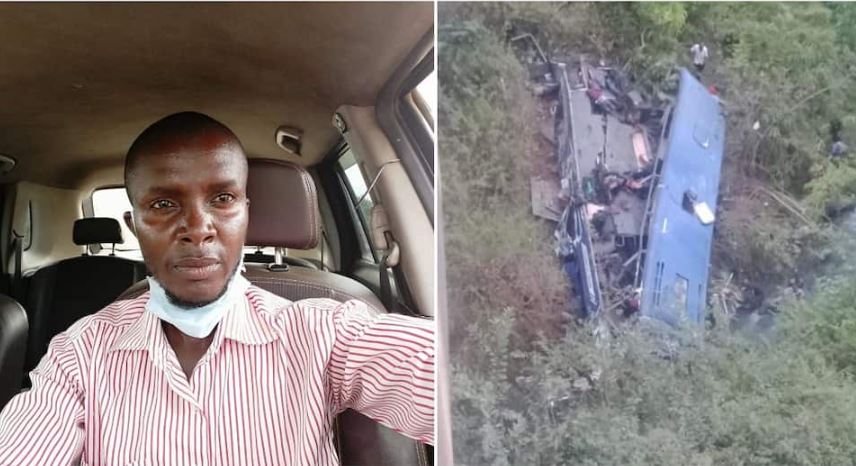 “On Sunday evening, a Modern Coast company bus travelling from Meru to Mombasa veered off the road in Tharaka Nithi County, plunging into River Nithi, 40 metres below.

I was having a drink with friends less than a kilometre away at a popular joint along the highway.

All was merry before the evening was shattered by a frantic call from my colleague Daizy Rutere informing me of the accident that has since claimed at least 33 lives.

I rushed to the scene with another volunteer, Frank Mbae, where first responders were met with a gory sight; of death and anguish, bodies strewn across the river bank.

Onlookers thronged the road, posing a risk to themselves and motorists, as they lined atop the bridge, peering at those brave volunteers down below.

Having found a safe parking area, I headed down the ‘death valley’ where well-wishers were ferrying survivors up a steep incline to the roadside.

The bus, Modern Coast, was half into the water. To get the victims out, rescuers had to contend with the fast-flowing River Nithi and Mwandumi stream, which joins Nithi just at the bridge. It was muddy and slippery. Bodies were strewn all over.

I was shocked and confused.

A child, the same age as my last born, barely a year old, was pulled from the wreckage, and I reached out to help. I hopped over the stream and jumped into River Nithi. Not thinking twice – notwithstanding that I can’t swim. 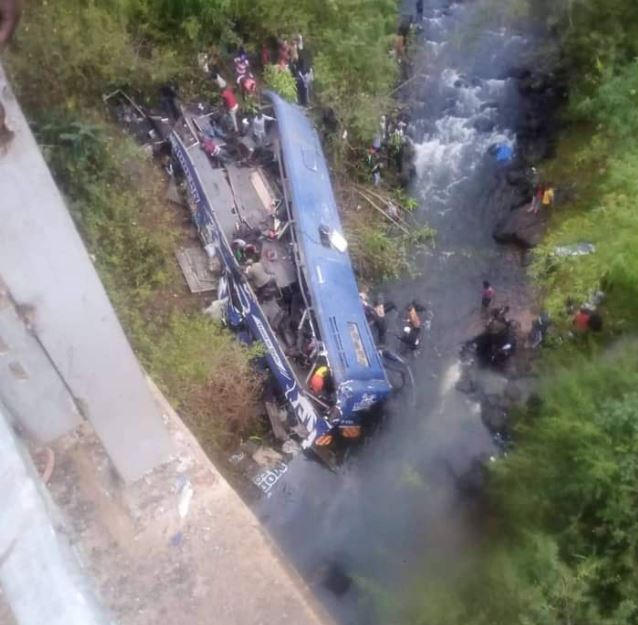 Child in hand and tears blinding me, I headed up.

At the road, I met nominated MCA Karimi Wa Mbae who had responded in a double cab vehicle. Mbae’s driver, without hesitation, drove us to Chuka General Hospital but not before two other injured people were aided into the car.

With the child in my bosom, I prayed, beseeching it to live. At the hospital, Tharaka Nithi ambulances were offloading the first victims; medics were busy catering to victims and receiving bodies. I salute all the staff there for their efforts.

The child was, however, sadly pronounced dead on arrival.

Before heading back to River Nithi, we assisted in removing other bodies that had been taken to the hospital and drove back in a police car, where we proceeded to move more bodies up the incline.

A lady was found alive and assisted very quickly.

It is only this morning that I learnt of the demise of a friend who was on the bus, travelling back to work. I wish the injured fast and full recovery, and extend my profound condolences to the bereaved.

I ask road users to keep to safety guidelines. We use the Nithi bridge on a daily basis but maintain low speeds. Let us not blame the road, but, us, the road users.

The death toll at the same black spot is reminiscent of the 1997 Tawfiq accident, and Stage Coach too.”