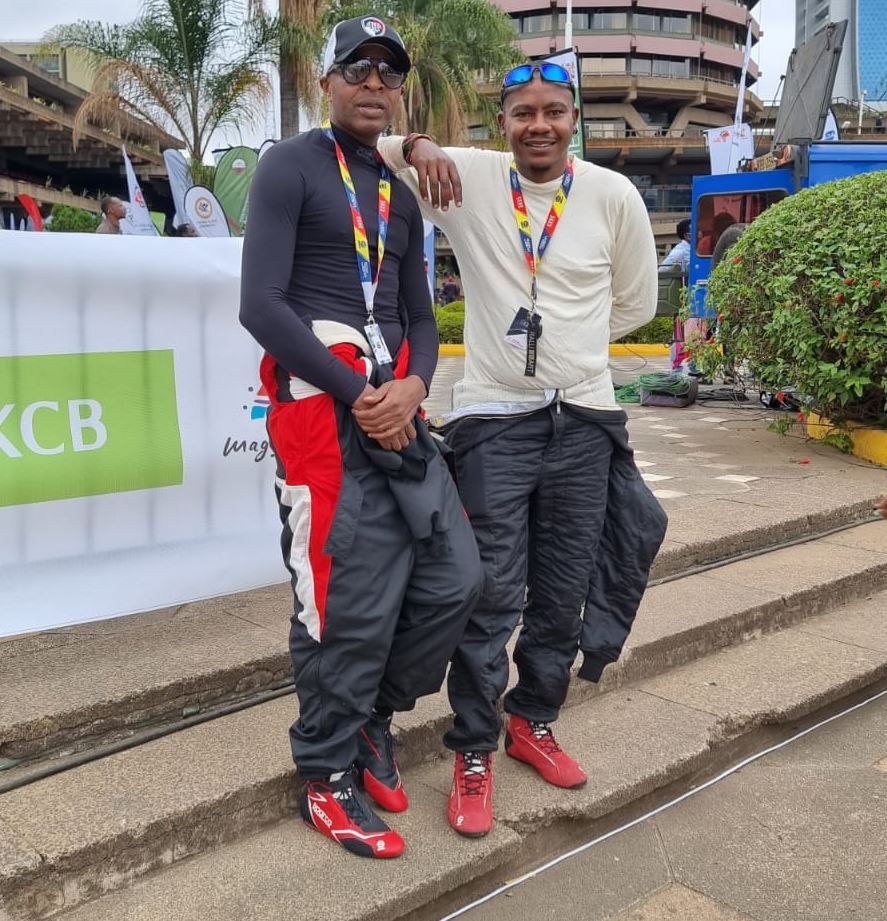 The WRC Safari Rally, which roared into town over the weekend, saw stiff competition emanate from some of the finest global and local racers of all time.

Drivers from Belgium, Spain, Finland, France, Ireland, Italy and the UK trooped to the Kedong Ranch in Naivasha for what was the most exhilarating three days of action-packed racing that saw race cars torpedoed, flipped by the side, dive into the bushes and dramatically emerge from massive clouds of dust.

Over the course of three days, rally drivers from across the globe treated locals and visiting dignitaries to wholesome entertainment with endless racing gimmicks, stunts and exploits.

Drivers defied gravity as they tore through the rough Kedong terrain, leaving behind clouds of thick, whitish dust and a trail of gruff, ear-splitting turbo growls.

At some point, drivers waded through rivers and soggy mud in one of the most adrenaline-packed scenes from Naivasha.

Kenya’s Joe Kariuki, a first-time driver, surprised many by emerging the 8th best driver from Kenya (and Africa at large) in a race populated with some of the finest and most experienced rally legends. 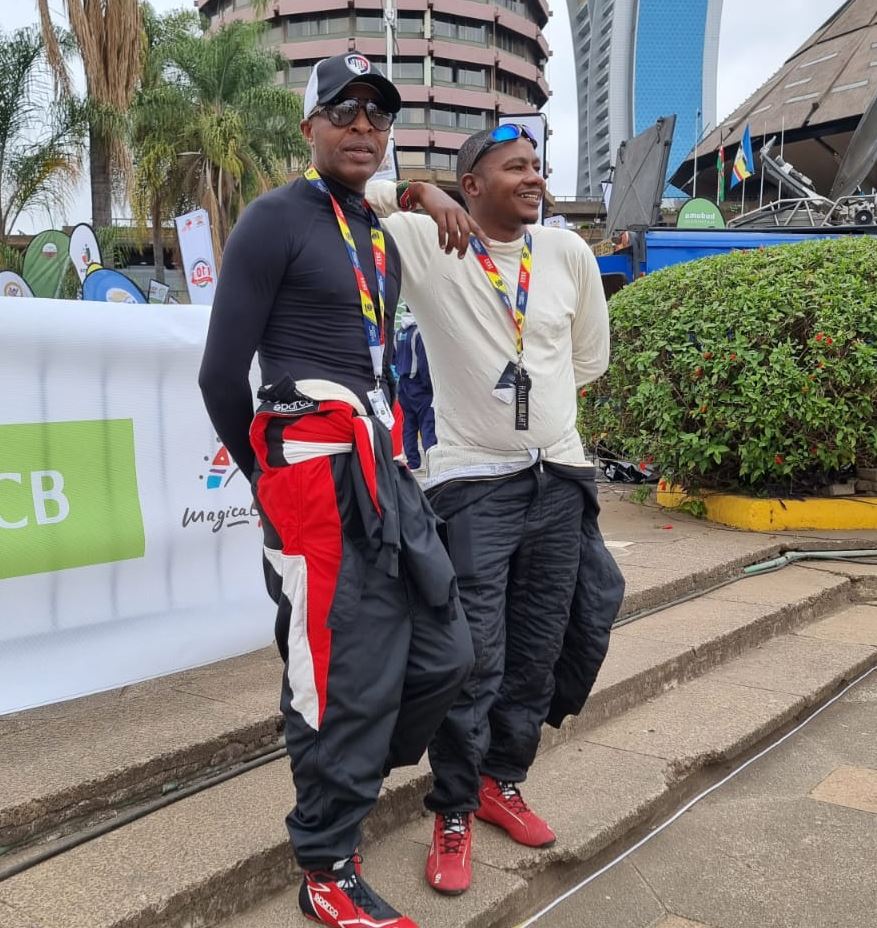 With his esteemed co-driver Ngugi John in tow, a man renown in the Safari Rally circles, Joe perfomed rally miracles that left many in awe.

Joe’s favorite race car, the Mitsubishi Lancer Evo IX, streaked across the tracks, meandered into the bushes, emerged from walls of dust and circled the entire ranch with the skill and expertise of a race maven.

“For a first time race driver, this is quite something. I’m personally shocked at my personal results. This was a very tough race and I was competing with some of the best names in the world of Safari Rally across the world. It was an honor getting to race these decorated legends. Seeing myself on the tracks, being up against some of these names that I only got to see on TV, it was a very surreal moment. I’m still awed and shocked at how it all turned out. I’m humbled and honored by just how amazing we managed to do. To be on that list is a huge honor, really. It wasn’t for the weak, ” an elated Joe Kariuki, said. 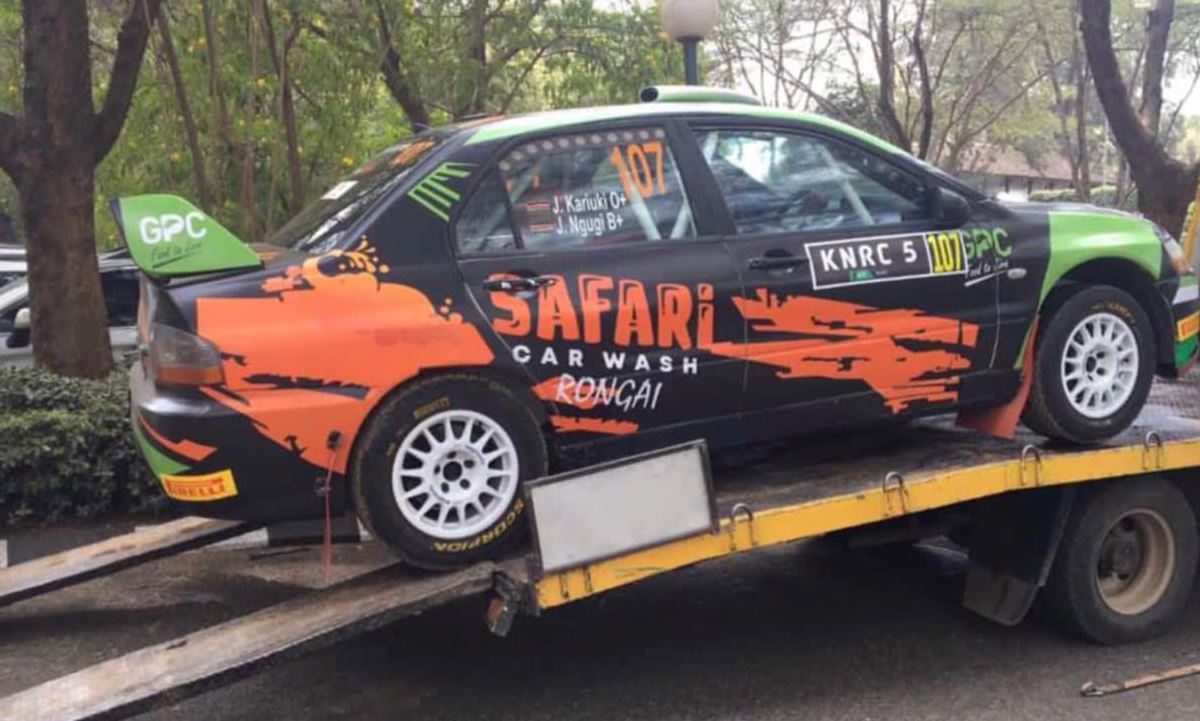 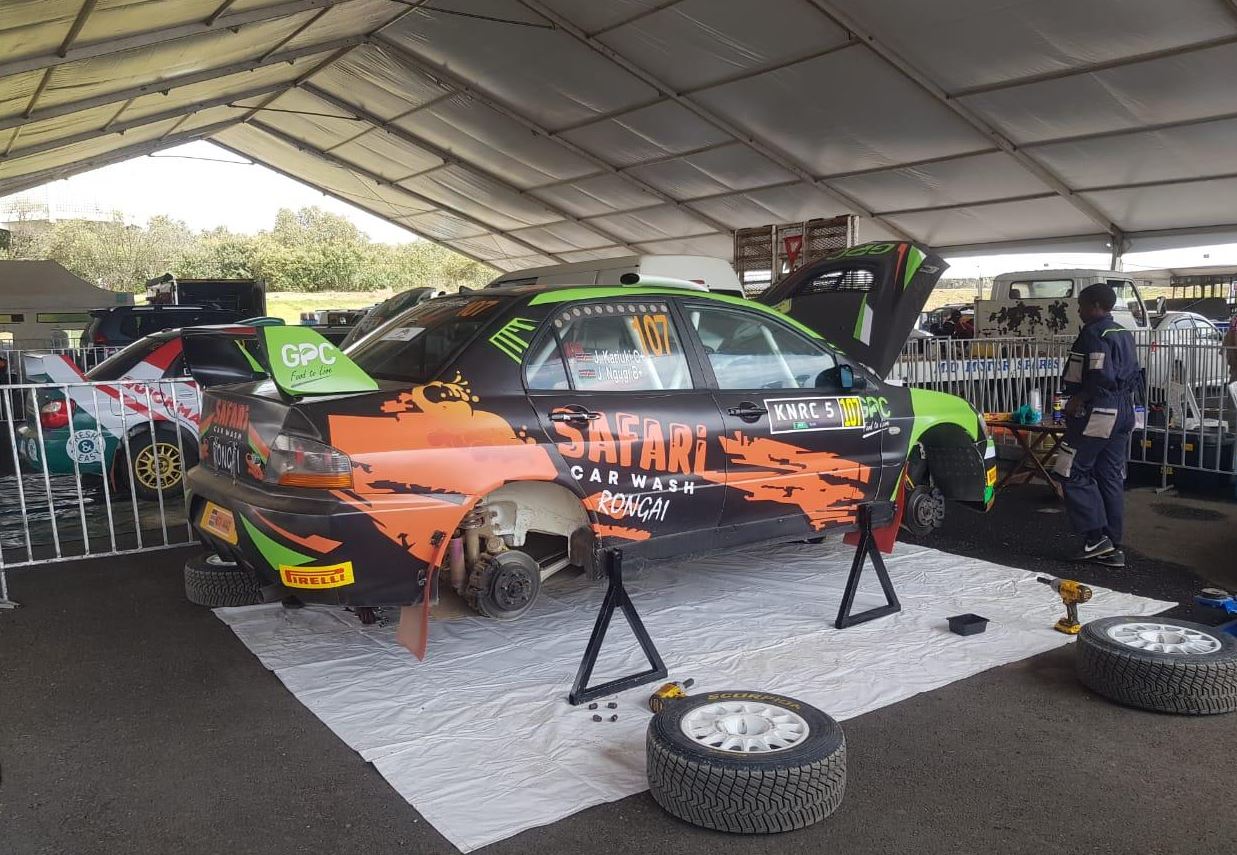 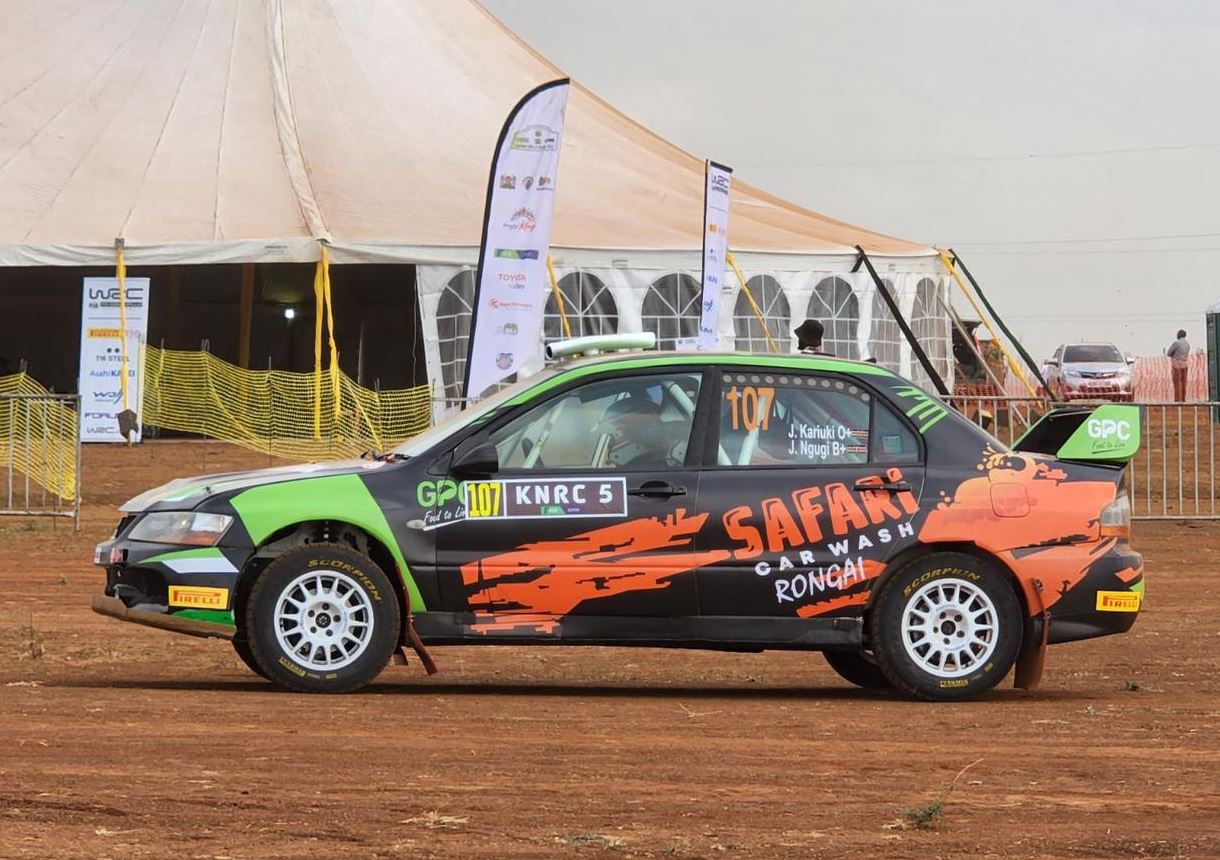 The rally enthusiast, who also is a farmer and founder of renown chemicals production company GPC, said that his days of thorough preparations had finally paid off.

“I rehearsed like crazy. I went days without sleep. I knew was I was racing alongside people like Carl Tundo, people like Ogier Sebastien and people from all across the world. You can’t afford to sleep with such a reality ahead of you,” the first-time competitor said.

Joe Kariuki emerged the 22nd best driver globally drawn from a stiff team of names that were drawn from allover Europe and beyond. 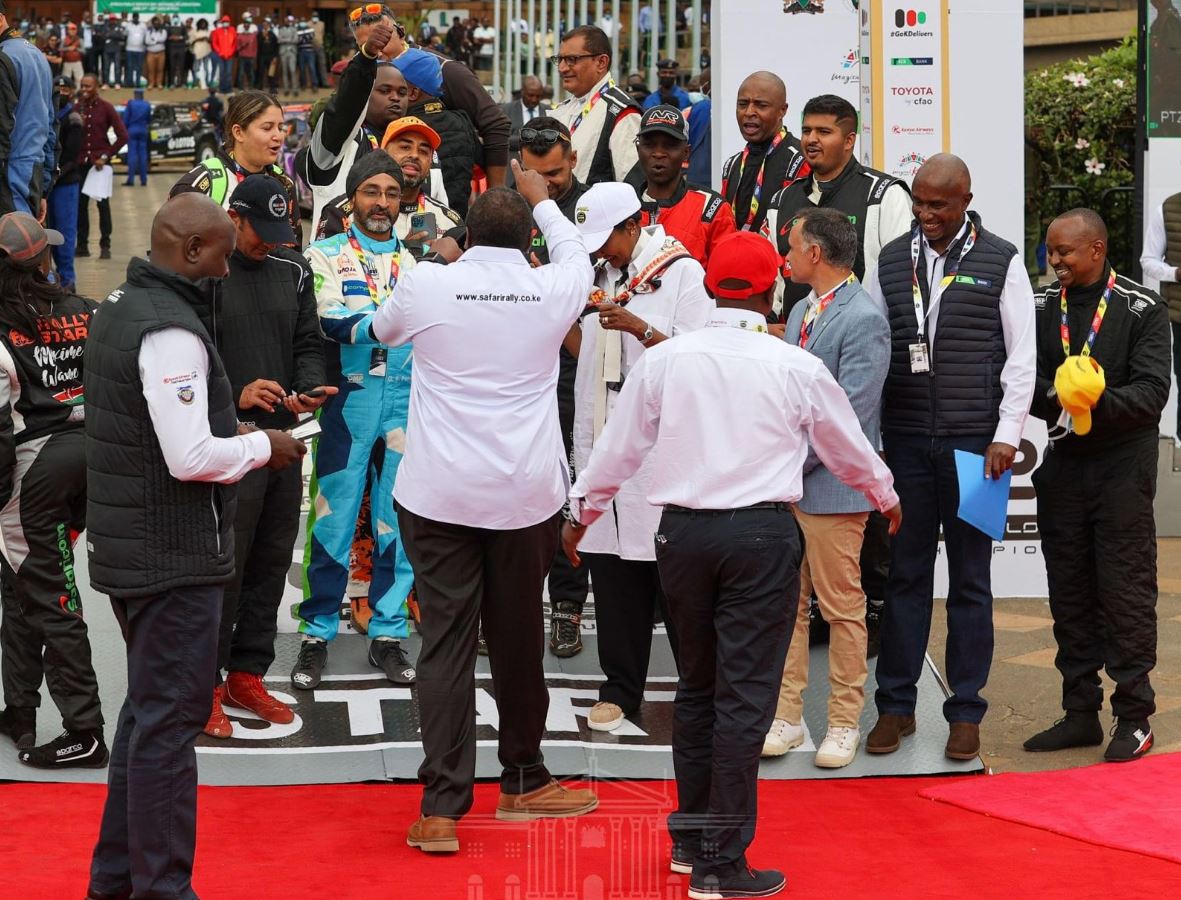 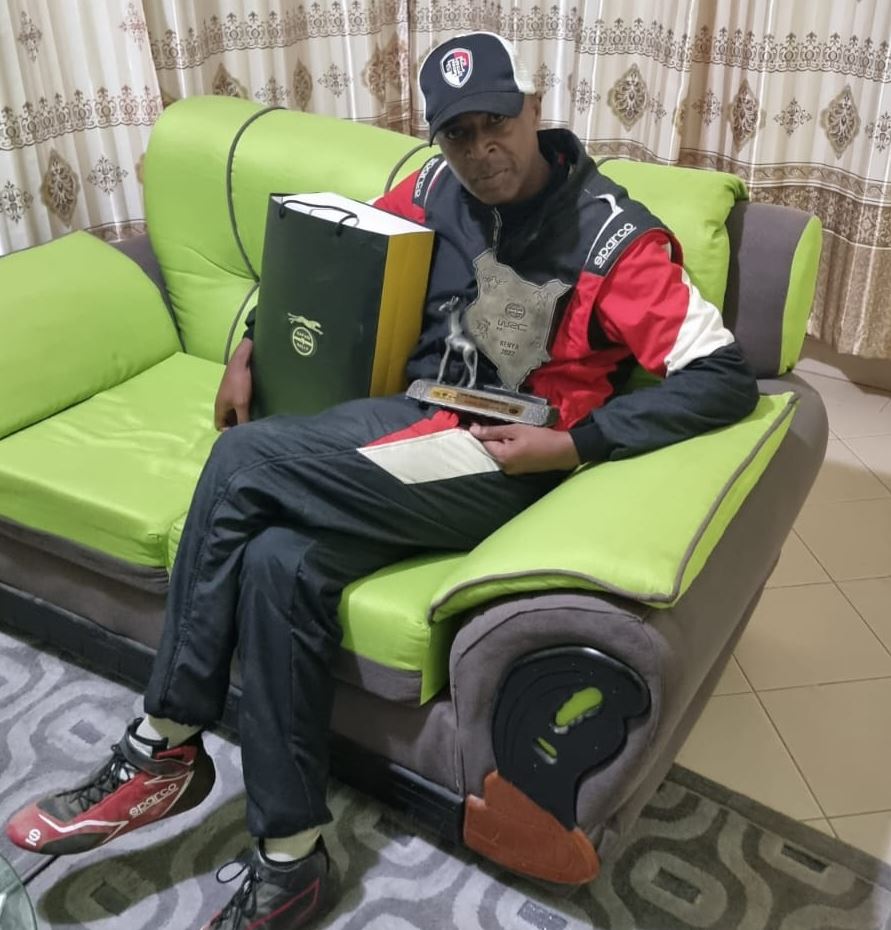 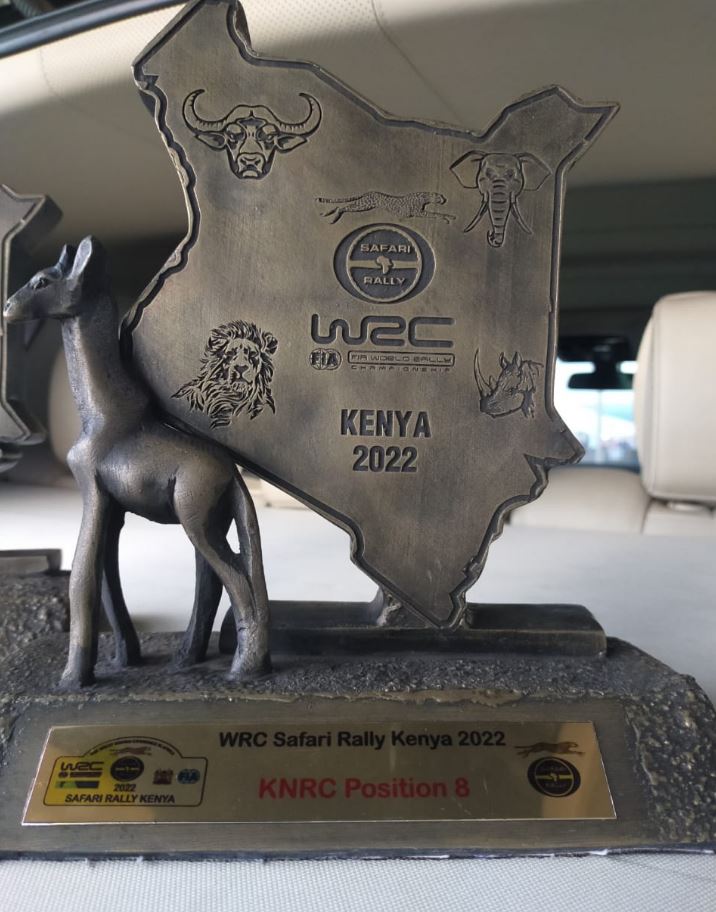 “We trained hard. We worked hard. It wasn’t easy, Kedong is not easy, its one of the toughest terrains in the world. You can imagine the strain it put in Josiah but he was able to hold himself down and perform wonders, I’m so proud of him and all the people we raced against, ” Ngugi John, Joe’s co-driver, said.

In one of the most iconic moments from the rally, a livid Gus Greensmith, from Britain, crushed his Ford Puma and had to kick open his windscreen before continuing with the race – with his entire windscreen missing!

Here’s The Full VIDEO Of A Lion Sneaking Up On A Man On Safari < Previous
Meet Filmmaker And Photographer Mike Muikia Next >
Recommended stories you may like: