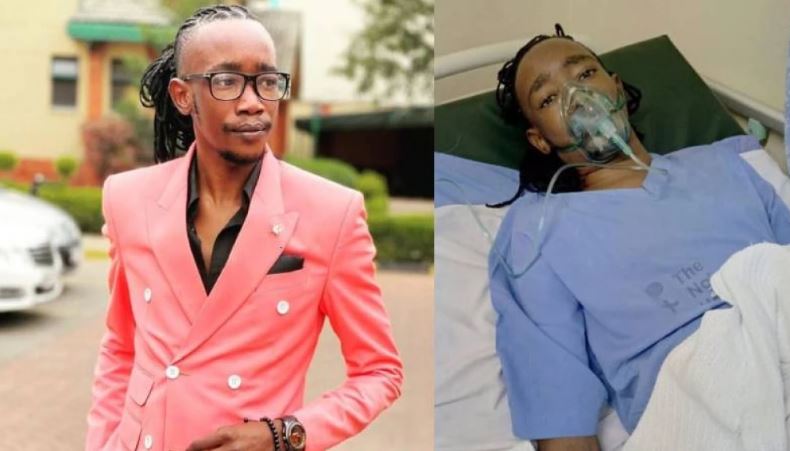 Comedian Mannerson Oduor Ochieng alias Akuku Danger has been discharged from hospital but he is unable to go home.

The former Churchill show comedian was readmitted to the facility on June 8, 2022. He was born with sickle cell anemia, a chronic blood disorder that has kept him in and out of the hospital for years.

Sandra said Akuku Danger was discharged on Monday, June 20, but the hospital wouldn’t let him leave until he clears a bill of Sh823,000.

“Itsakukudanger the Comedian has been admitted at Nairobi West Hospital for the past two weeks and has since accrued a bill of Kshs 823,000/= after deductions from his insurance and cash deposits too,” the actress wrote on Instagram.

Sandra lamented that Nairobi West Hospital declined collateral that would have allowed Akuku Danger to organise his finances.

“He got discharged yesterday but the hospital is detaining him until he pays the remaining balance. The hospital has refused to accept collateral so that he can organize his finances from outside despite having their collateral from the January bill which has a higher value than the total bill,” she added.

“Anyone willing to help in anyway please reach us,” Sandra Dacha concluded.

Stevo Simple Boys Eyes Collab With Harmonize and Lava Lava < Previous
Day Stivo Simple Boy Was Accused Of Rape And Jailed Next >
Recommended stories you may like: