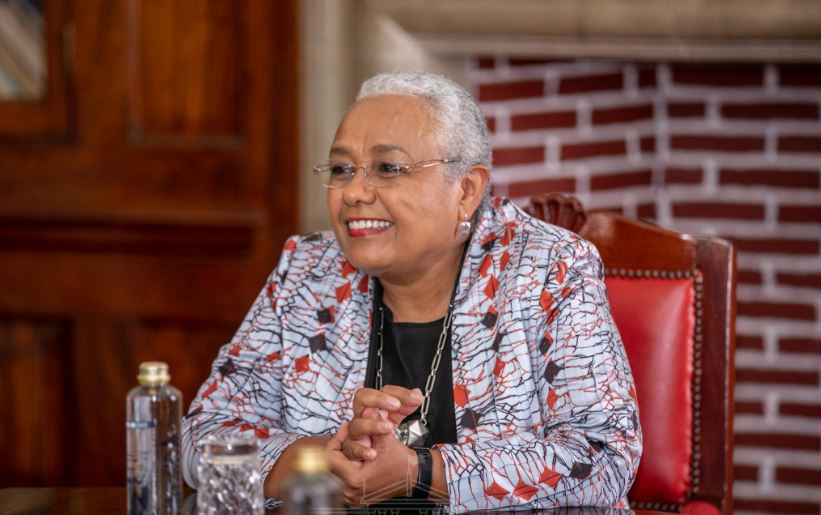 First Lady Margaret Kenyatta has assured of her commitment to supporting efforts geared towards conserving and protecting pangolins, which are some of the most endangered animals in the world today.

The First Lady emphasized that her support for conservation efforts will not stop at the protection of pangolins but will extend to all wildlife.

The First Lady spoke on Wednesday when she met a team dedicated to the protection and conservation of pangolins through an initiative dubbed ‘Pangolin Project’ which paid her a courtesy call at State House, Nairobi.

“I want to assure you that you have my support and I will say Hands-off our Pangolin,” she said.

First Lady Margaret Kenyatta, who is also the patron of a Kenyan anti-poaching campaign namely “Hands Off Our Elephants”, commended the Pangolin Project initiators for their commitment to conserving wildlife.

The team presented the First Lady with a sculpture of a pangolin moulded by artists who have dedicated their talents to creating pieces that generate funds to protect the species.

The Pangolin Project had gifted the sculpture to Kenya Wildlife Services as a symbol of the collaborative commitment to protecting even the most vulnerable of wildlife species.

British Deputy High Commissioner to Kenya Josephine Gauld commended the First Lady for her conservation efforts, noting that a sister sculpture is currently on display at Number 10 Downing Street in the United Kingdom.

She pointed out that British Prime Minister Boris Johnson is also a champion of wildlife conservation and is keen on supporting efforts aimed at curbing illegal trafficking of pangolins.

“I must give full credit to KWS and the Pangolin Project. Our Prime Minister is also a champion of wildlife conservation and he has keen interest in combating the crime,” she said.

Wildlife Principal Secretary Ms Zeinab Hussein and the KWS Director General Brig. Waweru briefed the First Lady on conservation efforts being undertaken by the ministry, noting that for the first time in many years the country has experienced growth in the number of elephants.

The Principal Secretary stated that for the last three years the country has witnessed a growth of the elephant population besides having zero poaching of rhinos.

She added that her ministry was keen on raising awareness on the importance of conserving pangolins as well.

Ms Lucy Yinda pointed out that her book entitled ‘Courage is a calling’ is intended to inspire and encourage those who may be going through troubles and those who may be considering starting a project to help the needy but have sorts of doubts and fears.

She thanked the First Lady for supporting the needy and the most vulnerable in society, pointing out that her affirmation to support the centre has continued to inspire her to reach out to more street children.

On her part renowned Journalist Janet Mbugua presented the First Lady with her book entitled ‘My First Time’ which shares struggles which girls go through when they first experience mensuration.

Janet, who first came up with the idea of helping girls who couldn’t access sanitary products in 2013, said she founded Inua Dada Initiative which has now been transformed to Inua Dada Foundation with the aim of ensuring no woman feels ashamed of their biological nature.

She pointed out that currently, Kenya has approximately one million girls who can’t access sanitary products and that through her books she intends to change the perception of the public on the issue.

She thanked the First Lady for being at the forefront in championing issues on women’s health and for supporting initiatives geared towards improving the general health and welfare of women and girls.

The Scholarship which was launched in 2013 is aimed at empowering the youth with skills in line with the country’s development needs.

The First Lady thanked the three organizations for coming out to help the needy and assured them of her continued support.

“I want to assure you that I will be there for you. When you need me just call. I thank you so much and am proud of you,” said the First Lady.

Also present was the Chief of Staff in the Office of the First Lady, Ms Constance Gakonyo. 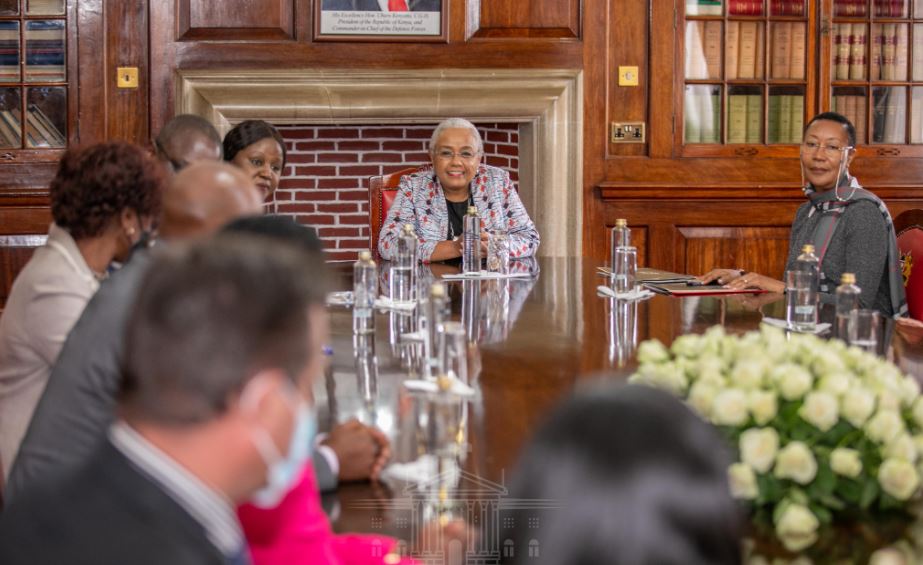 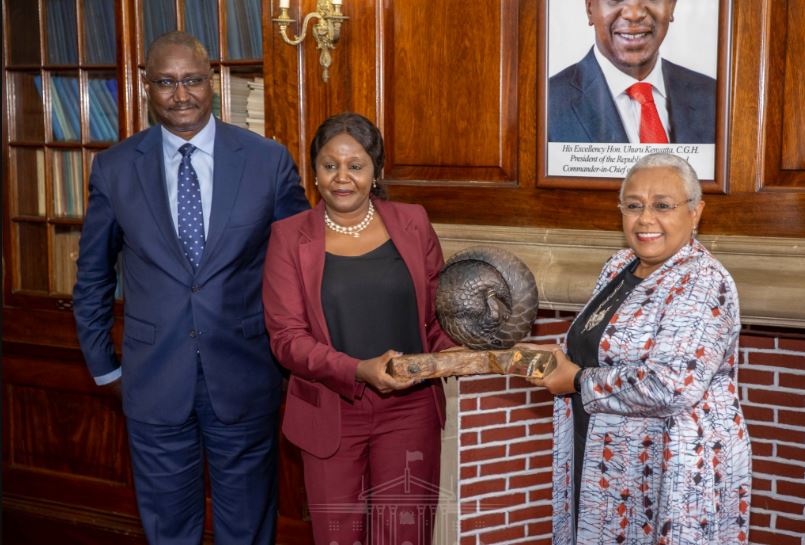 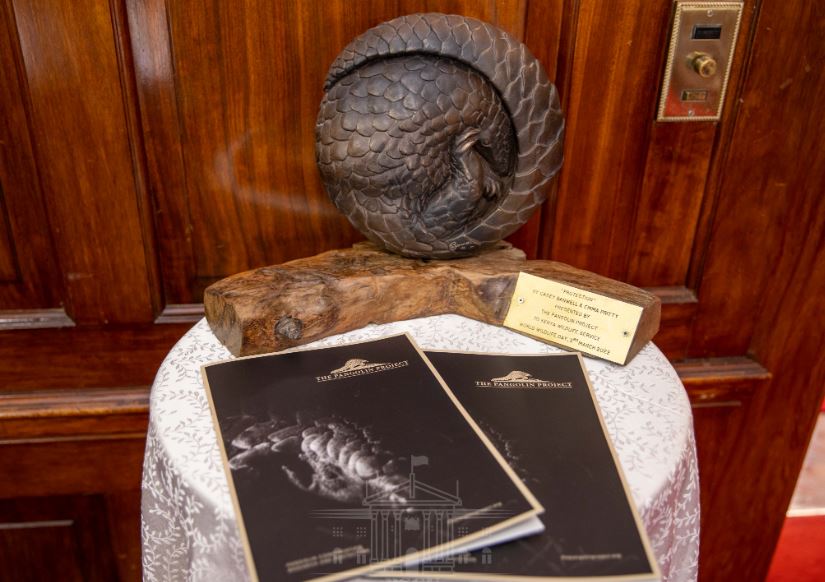 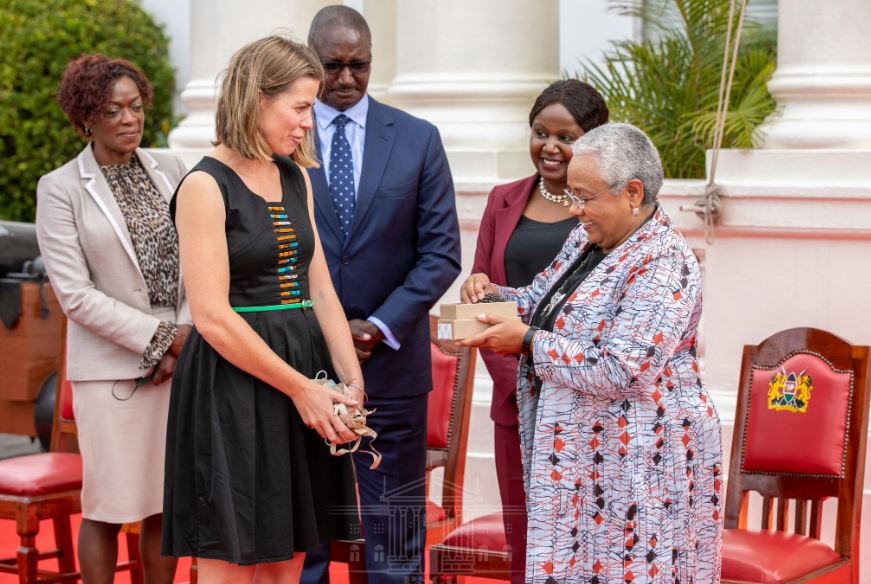 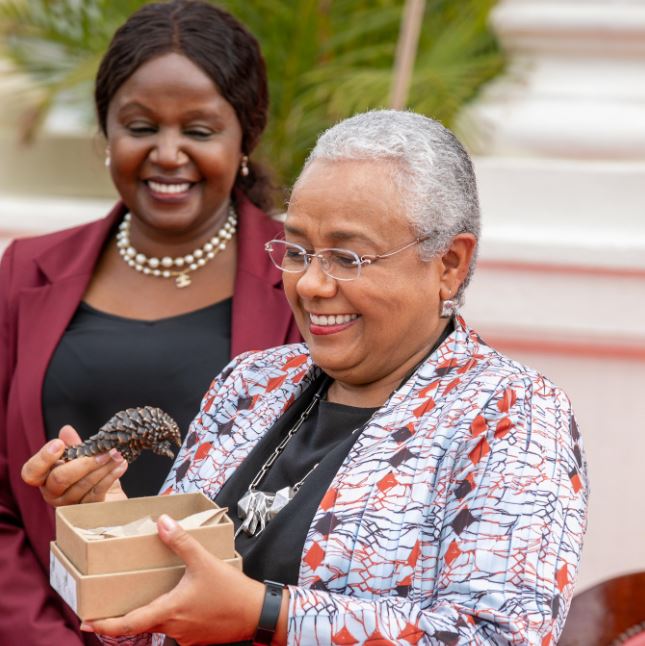 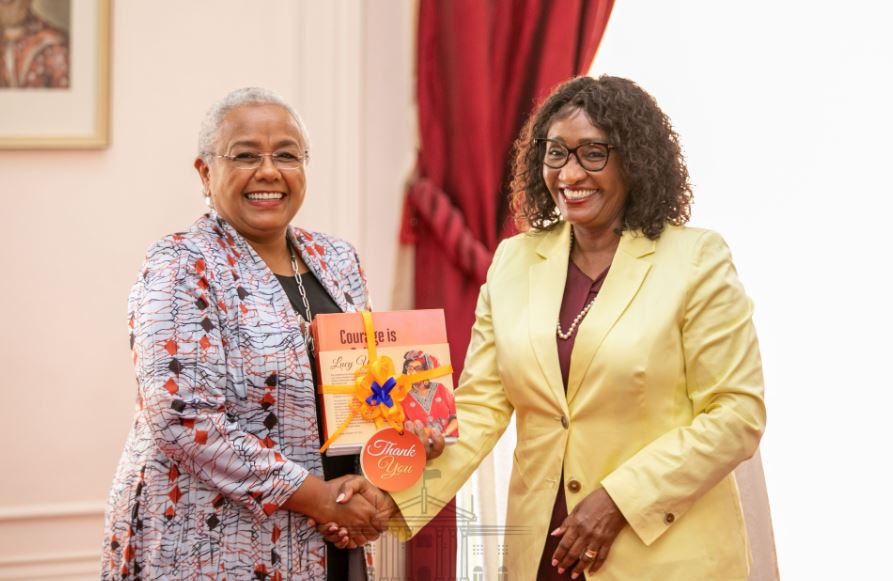 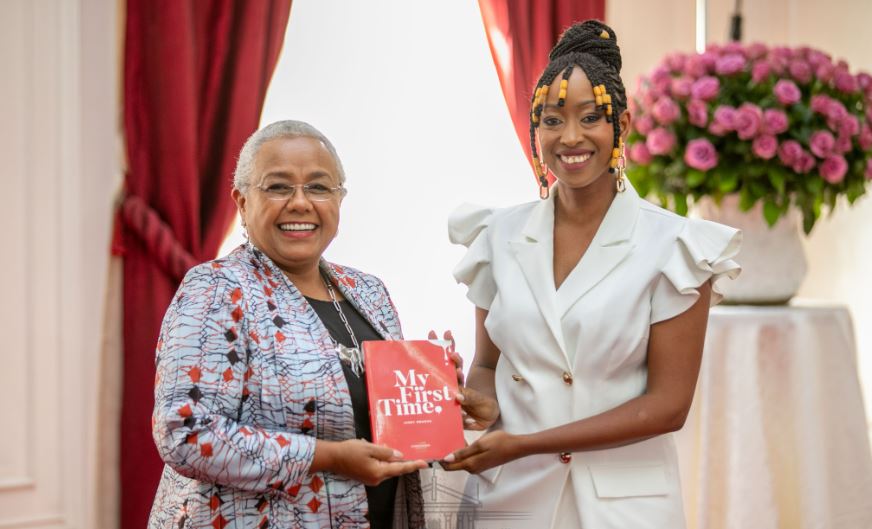 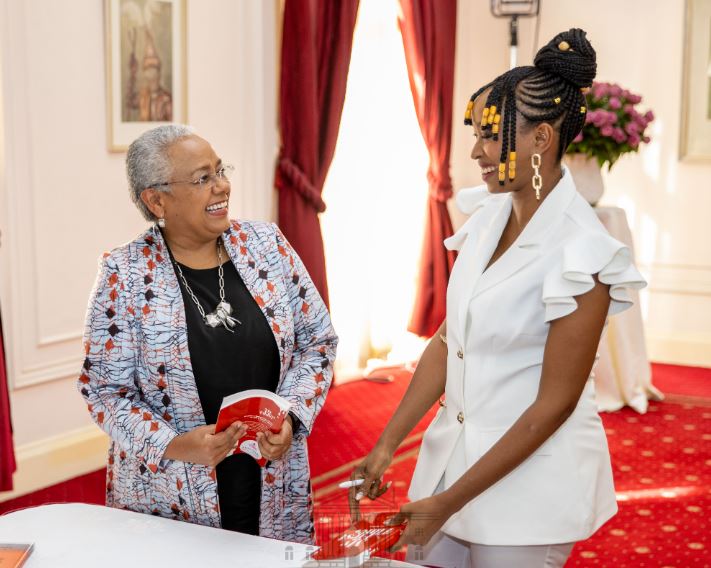 Mirema Shooting: Main Suspect Freed Over Murder, Charged For Drugging < Previous
“Till Death Do Us Part is Never That Serious”: Kawira Joy on Failed 6-year Marriage Next >
Recommended stories you may like: