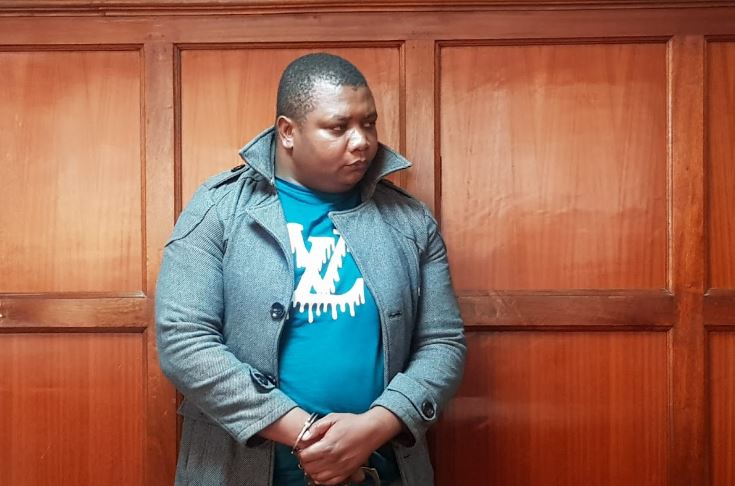 Dennis Karani Gachoki, the man who was arrested for the killing of Samuel Mugoh Muvota in Mirema, Nairobi, has been freed.

Milimani resident Magistrate Caroline Muthoni Wednesday released Karani unconditionally after the prosecuting counsel informed the court there was no evidence linking him to the daylight murder.

Detectives had claimed Karani was the getaway driver and were given 14 days to complete investigations.

“Having no evidence from the prosecution linking the suspect to the murder, I hereby release him and close the miscellaneous file,” the magistrate ruled.

Dennis Karani however faced other charges at Makadara Law Courts on Tuesday.

The investigating officer Kapario Lekakeny told the court that Karani was charged with three criminal counts among them stealing and stupefying in order to commit a felony.

The accused allegedly drugged two businessmen and stole Sh1.2 million from them.

Karani allegedly committed the offences on June 24, 2021, at MUFU Height along Mirema road, in Kasarani, Nairobi, jointly with others not before the court.

“In count two the accused is alleged to have dragged Martin Nambale Wanjala on June 24th 2021 at MUFU Height along Mirema road in Kasarani Sub County within Nairobi County, jointly with others before the court, stole Sh490,356 from account number 0480180309140 held at Equity Bank, Laptop HP pro worthy Sh40,000 and mobile phone make Infinix HOT 7 WORTHY Sh14,00, all valued at Sh 544,356.”

Karani is also wanted in different courts for other crimes.

How Safe Is Scuba Diving In Kenya? < Previous
Hands-off our Pangolin: First Lady Commits To Conservation Efforts For Endangered Wildlife Next >
Recommended stories you may like: