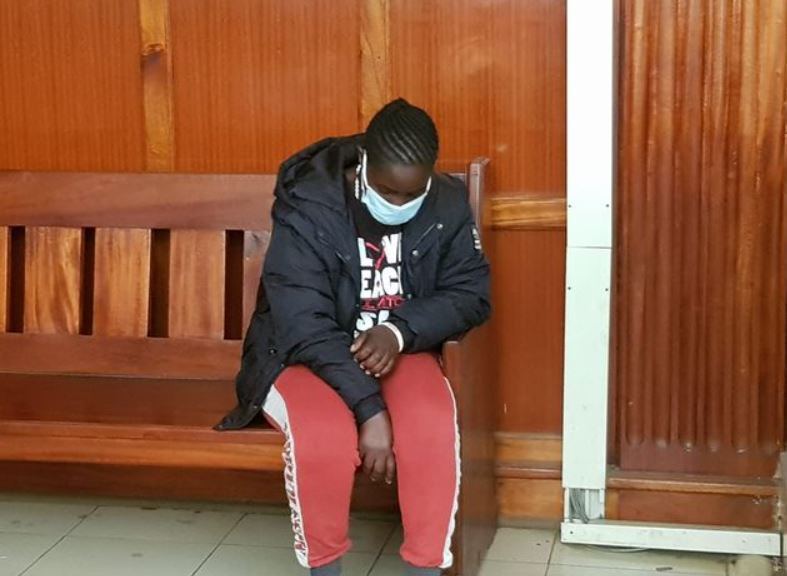 A Milimani Law Court has finally sentenced a househelp who groomed and had sexual relations with a 13-year-old boy in Mwiki area of Kasarani in Nairobi.

The 34-year-old mother of five committed the offences between July 2020 and February 2021. She was charged with promoting a sexual offence by showing the minor pornographic content and performing an indecent act with a child.

The boy’s parents discovered the abuse on February 21, 2021, while disciplining him for stealing his sister’s phone. While being beaten up, the boy confessed that he had been using the phone to watch pron.

The boy also stunned the court when he testified in the case last year, saying he willingly had sexual relations with the woman.

When asked if he was forced into the act, he said: “No. I felt the urge so I removed my pants to do it without being forced after we did it for the first time.

“She told me it’s our secret that I should not tell anyone, and as a result, I never told my parents except when I was caught watching pornography using my sister’s phone,” the boy testified.

MORE ON THAT HERE: Teen Boy Tells Court He Had Consensual Sex With Househelp, 32, for 8 Months

“The effect of the action by the adult woman has psychologically affected the minor, who now cannot live without satisfying his thirst for companion with the opposite sex,” the magistrate noted.

Adding: “The victim has never recovered from the incident according to the pre-sentencing report.”

Magistrate Kimilu sentenced the house help to eight years in prison without the option of a fine.

Ms Kimilu said she considered that the woman is a single mother. The magistrate also noted she was married at a tender age of 14 and was a victim of abuse.

“Owing to the issues stated, I hereby exercise my discretion to sentence the accused person to serve eight years’ imprisonment. The … sentence shall be served partly in custody and partly non-custodial “ the magistrate ruled.

All The Trending Memes and Tweets This Friday < Previous
Watch VIDEO: It’s Life in Prison For Two Nairobi Thugs Caught on CCTV Robbing Pedestrian Next >
Recommended stories you may like: