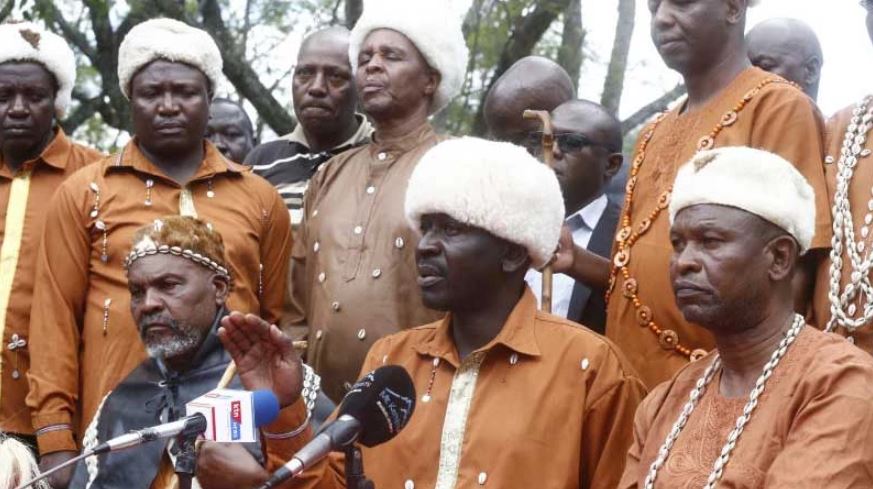 The Kikuyu Council of Elders(KCE) has made a decision on who they would like to deputize Raila Odinga should he form the next government as President.

In a statement on Tuesday, the Agikuyu elders endorsed Narc-Kenya party leader Martha Karua as Odinga’s running mate in the August polls.

They said out of the 10 contenders interviewed for the position, Martha Karua had the best understanding of politics and democracy.

“We are left with four candidates for Raila’s running mate from Mt Kenya. We will support them, but from our experience, we will be happy if we get Martha Karua as the running mate and later the Deputy President to Mr Odinga,” Ndungu wa Gaithama, the national chairman, read the statement.

According to the elders, the Deputy President seat requires an outstanding public servant.

“The position of the country’s Number Two is a serious appointment, which given our recent experience, requires a mature person with a public track record of good value principles, consistently focused, unselfish and citizen-centred,” KCE said.

The elders at the same time cautioned Kenyans against electing political novices with no clear understanding of politics.

“We have seen our people who don’t know about politics speak in the motorcade looking for votes and that’s why we have come in between, and as the Gikuyu elders, caution against that,” Gaithama said.

When DP Ruto Will Unveil Running Mate < Previous
DP Ruto Lists Differences Between Kenya Kwanza and Azimio Next >
Recommended stories you may like: