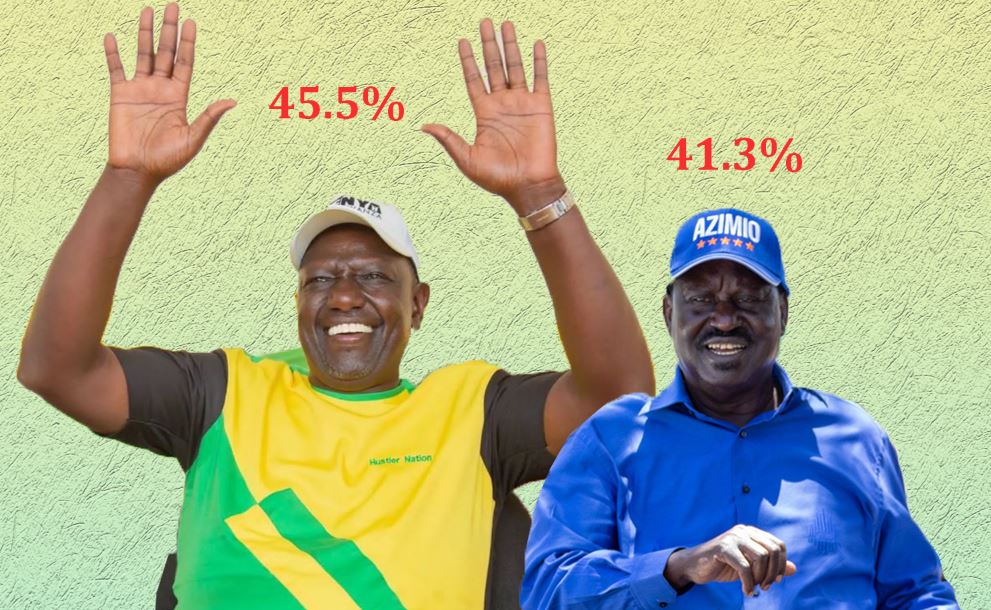 William Ruto says there’s a world of difference between his Kenya Kwanza Alliance and their rivals, Azimio la Umoja One Kenya Alliance coalition.

On Monday, after Governor Alfred Mutua quit Azimio for Kenya Kwanza, Tuju claimed the coalition’s defectors wanted details of the Azimio document to use as a benchmark for negotiations with Ruto.

“Some of the people who said that they needed this document we know that they were negotiating with the other side and they needed it for purposes of benchmarking. Since we knew that was going on there was no need to continue negotiating with them. You can’t tell someone you want to leave a marriage because of a marriage certificate. They are lying to all of us,” Tuju said.

But Ruto on Tuesday said there was nothing to benchmark in the Raila Odinga-led Azimio-OKA coalition.

“How can there be benchmarking between darkness and the light? There is nothing that we have in common with the people on the other side the journey to the alliance of the willing already started when we had the first meeting with our colleagues,” Ruto told journalists at his Karen residence.

Ruto went on to outline the differences between the two coalitions, saying, “So there is a world of a difference between us and the other side.

“The other side uses force here we use respect. The other side are deep in secrecy and deceit. Here we are an open, transparent coalition of Democrats, the free and the willing,” he said.

Gikuyu Elders Announce Preferred Running Mate For Raila Odinga < Previous
This is What’s Trending in Nairobi This Wednesday Next >
Recommended stories you may like: