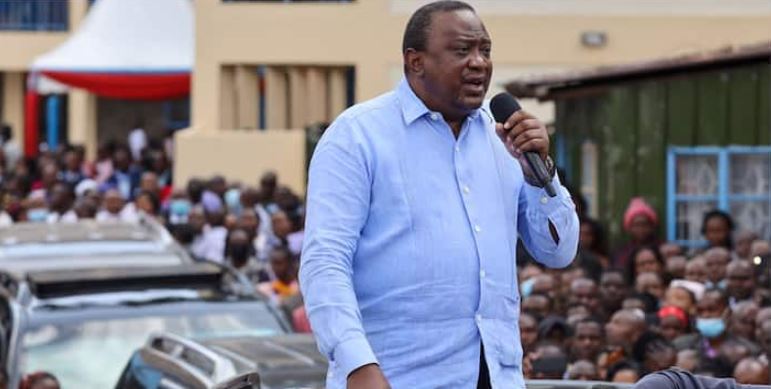 President Uhuru Kenyatta has called upon bodaboda riders in the country to treat their female customers with dignity and respect.

In an apparent reference to the March 4 incident where a female motorist was sexually assaulted by suspected bodaboda operators, Uhuru said there is no need to use abusive force if a rider is infatuated by a woman.

Uhuru, who spoke in Pipeline, Nairobi on Sunday, noted there was no bad blood between his administration and the bodaboda riders.

“Bodaboda youth, let no one mislead you that I have bad blood with you. I want us to finalise the licensing exercise before you can get back to the roads, then join Saccos in which you can practice self-discipline,” he said.

Uhuru said his administration is keen on working with the bodaboda sector to improve their welfare.

President Uhuru Witnesses Handing Over of Sh450million Repatriated From Jersey < Previous
Energy PS on Fuel ‘Shortage’: Kenyans To Blame, Most Cars Have Never Been Full Tank Next >
Recommended stories you may like: