President Uhuru Witnesses Handing Over of Sh450million Repatriated From Jersey 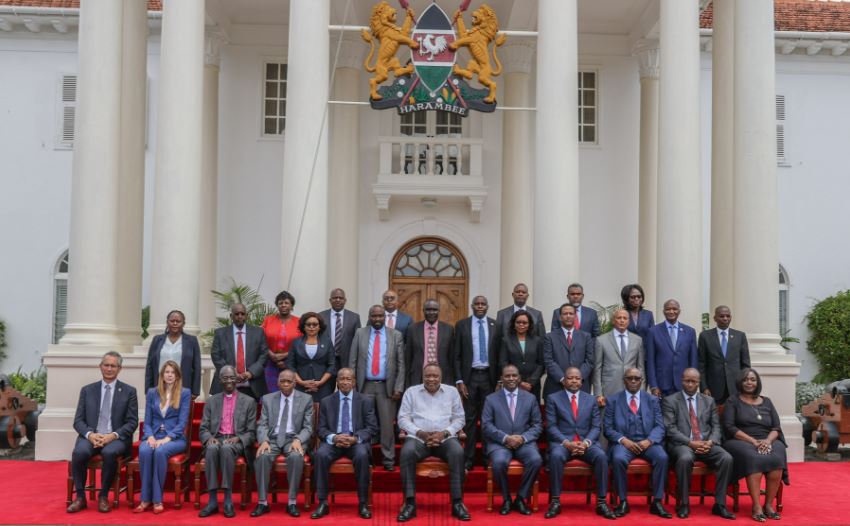 President Uhuru Kenyatta on Monday at State House, Nairobi witnessed the ceremonial handing over of Ksh450 million repatriated back to Kenya from Jersey.

The funds were confiscated by Jersey authorities following the successful conviction of Windward Trading Limited for money laundering offenses.

The President called for concerted efforts to scale up the war against graft, saying the fight against the vice forms the soul of the nation.

While acknowledging that notable gains have been achieved in curbing corruption, President Kenyatta said the country cannot afford to sleep on its laurels until the vice is completely eradicated.

“We must all work together that is, all arms of Government, the business community, media, religious institutions, non-governmental organizations and the ordinary Kenyans to fight this noble war.

“We must raise the bar even higher if we are serious about the Sustainable Development Goals and our very own Vision 2030,” President Kenyatta said. 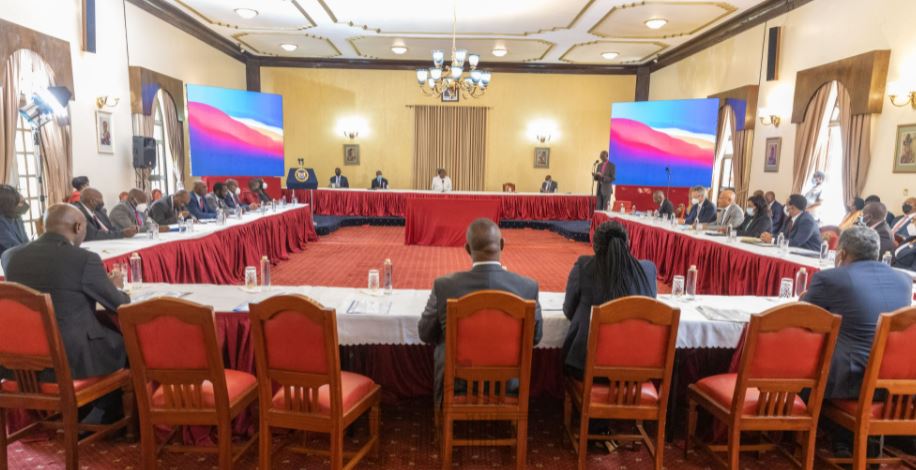 During the occasion, the President also witnessed the handing over of 39 title deeds for corruptly acquired parcels of land to public entities and county governments worth over Ksh 5 billion.

The corruptly acquired land recovered by the Ethics and Anti-Corruption Commission (EACC) included 14 parcels handed over to Treasury Cabinet Secretary as trustee of various public entities valued at approximately Ksh 603 million, one parcel of land valued at Ksh 2 billion was handed over to the Kenya Agricultural and Livestock Research Organization and another piece of land also valued at Ksh 2 billion went to the Kenya Railways Corporation.

Other recovered parcels of land were handed over to the county governments of Uasin Gishu, Kisii, Nakuru, Kisumu and Bomet. 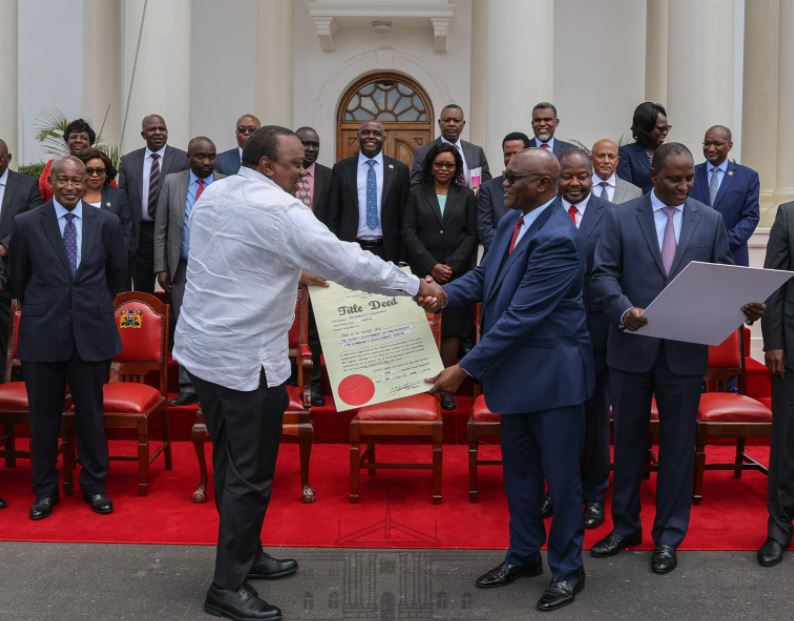 The Head of State emphasized that although corruption has deep roots and its axis keeps on regrouping and fighting back, the Government will not be swayed by the naysayers or misdirected by those who relish negativity and resentment.

“Our war against corruption has been facilitative – recognizing that the implementers in the fight required to build competence and confidence to effectively deliver on the goal.

“Our war has been tempered – appreciating that corruption fights back and is willing to cause confusion and the deliberate disruption of set systems in order to protect itself,” President Kenyatta said.

The Head of State thanked all actors both from the Government of Kenya as well as the Government of Jersey for the sustained effort that resulted in the signing of the Asset Sharing Agreement (ASA) under the Framework for the Return of Assets from Crime and Corruption in Kenya. 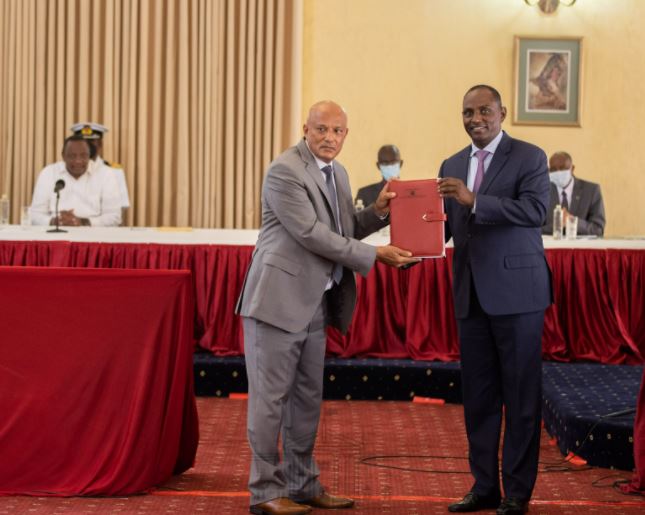 President Kenyatta also commended EACC for the outcome of their hard work that has resulted in the restitution of illegally acquired land titles back to their original public sector owners.

“Together with all the representative investigative, prosecutorial and oversight bodies present today who I describe as our “Anti-Corruption Army”, we continue to see the fruits of our collective labour to curtail corruption and minimize opportunities for its occurrence,” President Kenyatta said.

At the same time, the President cited examples of additional deliberate policy, legislative and administrative reforms taken against corruption including a strategy to engage international partners in mutual legal assistance, introduction of the Competency-Based Curriculum (CBC) which has entrenched the values of ethics and integrity in children’s learning and issuance of various Executive Orders including the Mwongozo Code of Governance for State Corporations which has transformed the management and governance framework of state-owned enterprises. 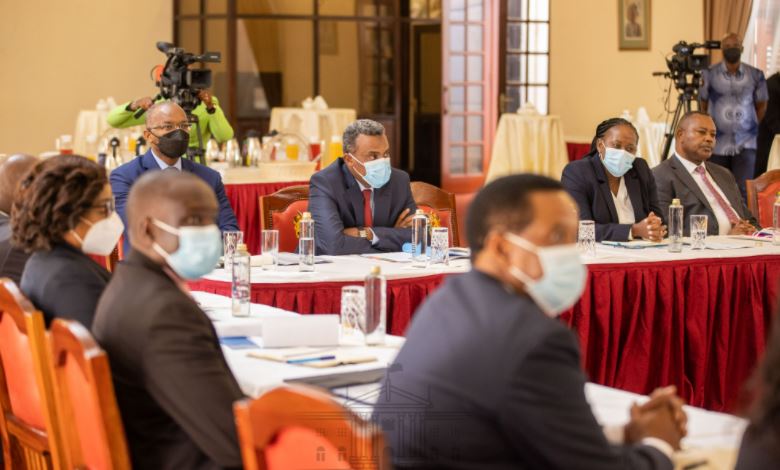 Archbishop Wabukala thanked President Kenyatta for supporting the anti-graft body in its operations, saying the facilitation has resulted in the success the country has recorded so far in the war against corruption.

High Commissioner Marriot pledged her country’s continued support to the Government of Kenya in the recovery of illegally acquired assets stashed abroad.

“The Framework for the Return of Assets from Crime and Corruption signed on March 28 sends a clear signal to those who wish to steal from the state that they will ultimately not succeed. It provides a framework for future recovery of assets on the international space,” the British High Commissioner said. 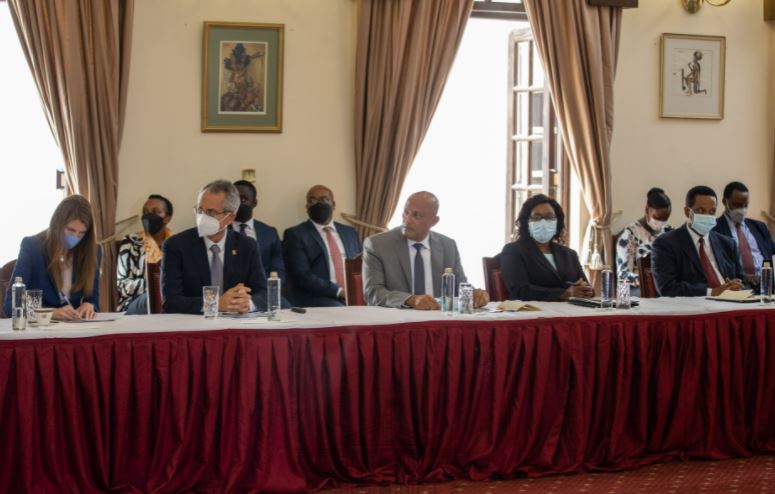