Nyashinski on Shin City: I Want to Give Guys Value for their Money 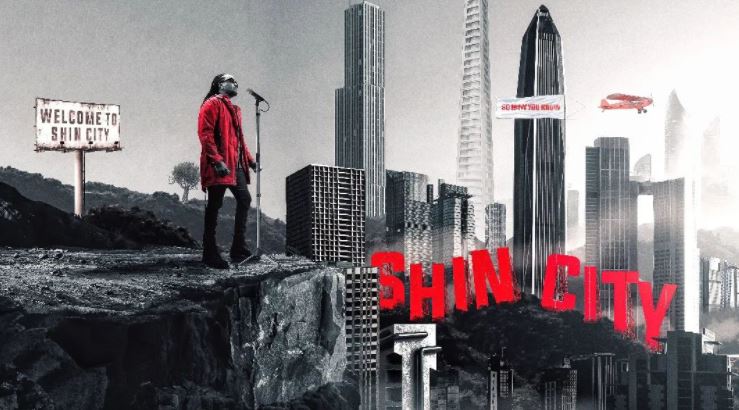 Nyashinski says his highly anticipated show, ‘Shin City Live’, is his biggest project yet in his music career.

Speaking during a live rehearsal held at The Winning Post, Ngong Racecourse, Nyashinski said he has put in the work to give his fans an experience like no other.

“It is a dream coming true. It means a lot to me. It is the biggest project I have ever done in my life. I have given it everything. I have called all my friends…I invited you here to appreciate the effort and experience what we have in store for our fans,” he said.

The rapper said he has been preparing for his Shin City concert for almost three months now.

Asked whether there will be curtain raisers, Nyashinski said: “We have been rehearsing for two months now. Some artistes might come to such shows and give their rate cards, which is fine, but some might not have put the same amount of effort that we have and there will be a disconnect.

Describing ‘Shin City’ as more than a gig, Nyashinski said he is keen on giving his fans value for their money.

“It is a production-led experience, I want us to think of it as more than just a gig. It is many different elements coming together to make it happen. Shin City is part, of the show itself, and the experience on the ground,” he explained.

“We are following a scripted specific order to ensure the presentation is precise. I want to give guys value for their money.”

Shin City is set to go down at the Carnivore Grounds on April 16. 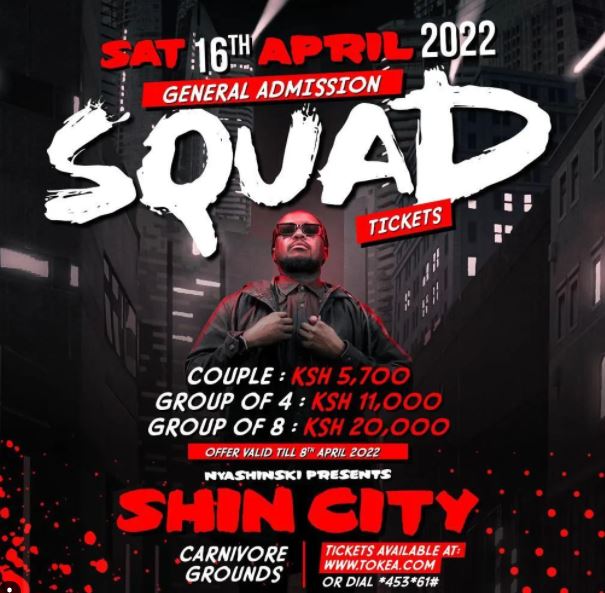