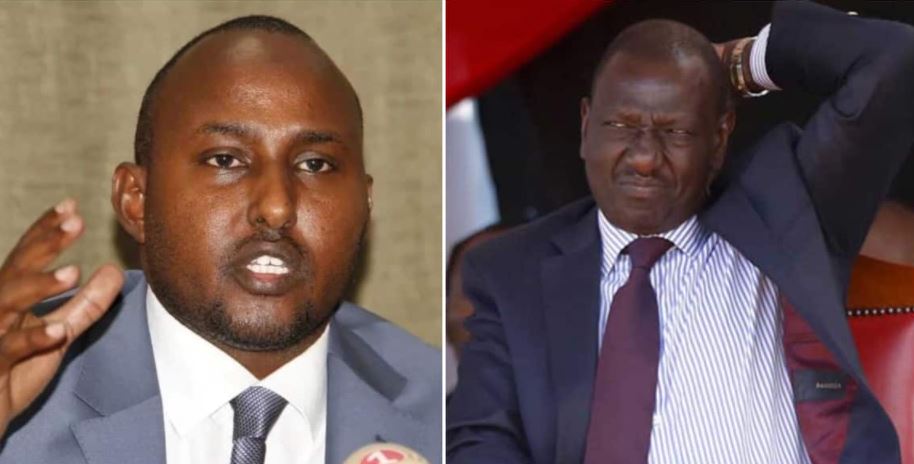 In an interview with Nation, Junet claimed the impeachment plot began after the President was re-elected in 2017, but was abruptly slowed down by the Supreme Court’s decision to nullify his victory.

“The President hosted a Jubilee parliamentary group meeting at State House soon after he was declared the winner. In that meeting, it became clear that the honeymoon with his deputy was over. Uhuru told his party’s rank and file that he would not share power with anyone. The remarks alarmed his deputy as it meant it would not be business as usual,” Junet said.

According to Junet, Ruto felt Uhuru would betray him and reached out to Raila in a bid to neutralize the President.

The Suna East lawmaker claimed Ruto offered to deputise Raila if they teamed up to impeach Uhuru.

Junet told the Nation that DP also promised half of the senior government positions to Raila’s allies if the impeachment plot was successful.

“The deal was too enticing to us but we had to weigh it carefully. Why would we settle for the Number Two slot when our party leader was himself more qualified for the top job?” he wondered.

Junet claimed he was part of the team discussing the impeachment proposals. He said the meeting took place in Karen at a home of a Rift Valley businessman who had lost government tenders and was blaming Uhuru’s allies.

“Raila was supposed to mobilize at least 100 MPs and if the plot was to be moved to the Parliament, the legislators would have received a bribe of Sh300,000 to Sh500,000 to pass the motion,” he said.

Junet added that the government discovered the plan.

“A senior and powerful minister from Nyanza called me with a stern warning. He asked why we wanted to destroy the country. It got us thinking, because with the government already in the picture, we needed to be careful with our moves.  That’s when Raila chose to tell Uhuru the full extent of the plan,” he said.

President Uhuru Praises Modernization Of Kenya’s Military Training < Previous
A Beginner’s Guide to Playing Roulette Next >
Recommended stories you may like: