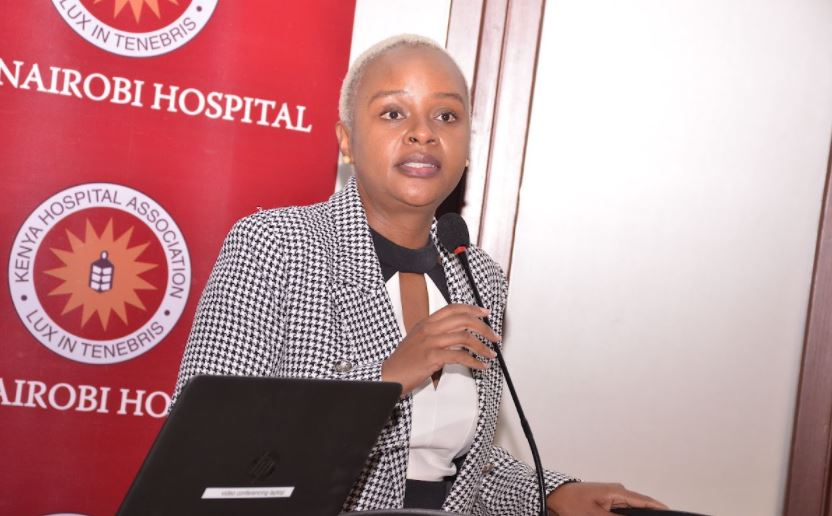 Read her story below in her own words.

“I have faced numerous biases, not only as a CAS but even as a doctor.

I graduated from Medical school in 2009. I was quickly posted as a medical intern in Machakos level 5.

My mother was happy that I was posted in the Eastern region because she felt I would learn my mother tongue and also get the experience needed as a doctor.

We were just nine interns managing that big facility so we were always on the floor working.

I remember some of the primary biases I faced back then. I would be attending to an old Kamba grandfather man who would decline to enter my consultation room because of my age.

He would ask me, “where is the doctor, can you go bring the doctor”.

And since there was no adequate manpower, I’ll be forced to try all the techniques to convince him to allow me to attend to him.

I practised for about three years then I was posted to Marimanti in Tharaka Nithi.

The working conditions at that hospital were unbearable. Snakes would hover around your office and the hospital only had one ambulance.

But currently, with the devolution, there has been development in the area but much needs to be done.

I was posted there as a District Medical Health Officer (DMOH) then I joined a team of very experienced civil servants, the then district health management teams.

We used to have meetings on managing health affairs and the first time I was taken by my predecessor to be introduced to the DC, the DC thought I was the assistant of the doctor who had come to introduce me to him.

I was told to sit outside and wait. And after two hours of waiting, it’s when the secretary told him I was a doctor.

He is now the county commissioner of the Mombasa region. I met him during the launch of Universal Health Coverage (UHC) some months ago and he kept on saying, “please forgive me.”

Biases exist and they exist primarily because I am a woman and my age. 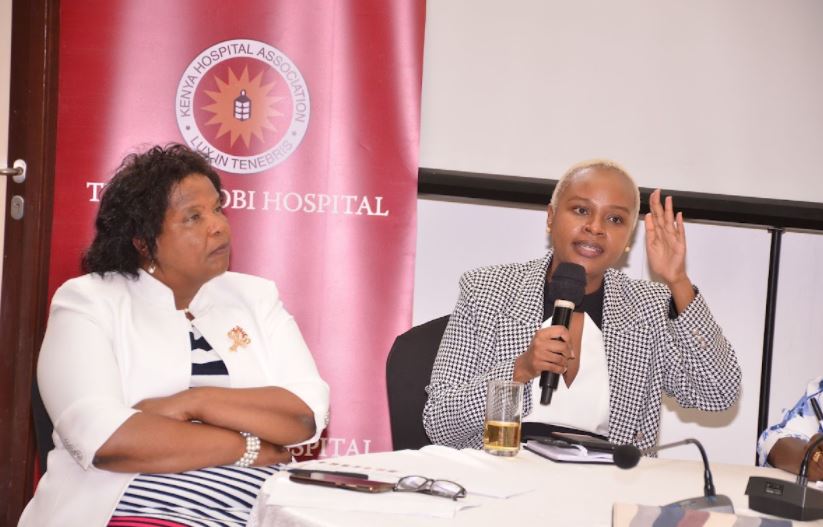 I was only 23-years-old when I was appointed District medical officer of health (DMOH).

By then I was dealing with very experienced civil servants and trying to manage the affairs of a county when it comes to health services.

First forward, after finishing my master’s degree, I went back to the Ministry of Health. When I graduated, I was probably the only health economist in the ministry in 2016.

I remember sitting outside PS Nicholas Muraguri’s office for almost three months waiting to seek an audience with him to explain to him my newly acquired knowledge.

I told him we need to do some changes in NHIF and health financing but I was dismissed several times.

I worked at the Ministry for 18 months but I was never paid any money. I used to hover around those corridors trying to jump into different surveys and trying to help different division heads to do their work.

And while in the process of trying to work on the Monitoring and Evaluation plans, I ended up being the youngest division head in the ministry at 27-years-old.

I served as health financing division head for some time before finding my way to the Afya House.

I was quickly ousted for lacking a Godfather in that space. But I ended up paying for a very expensive trip to Washington to go for the World Bank series.

The World Bank holds events every April where world economists come from across all the different parts of the world and we sit and try to have discussions on health financing.

And when I was making my presentations, I spotted Cabinet Secretary then Sicily Kariuki in the crowd.

I was not part of her delegation, so I knew she was wondering who I was when I introduced myself as from the ministry.

I later apologized to her after the presentation. By then, she was still settling into the ministry and she was looking at different strategic frameworks that are there.

I walked her through some of those facets and she allowed me to work in her office.

I must say one of the things we did is that we had many meetings with the President and we were able to fashion the UHC story. 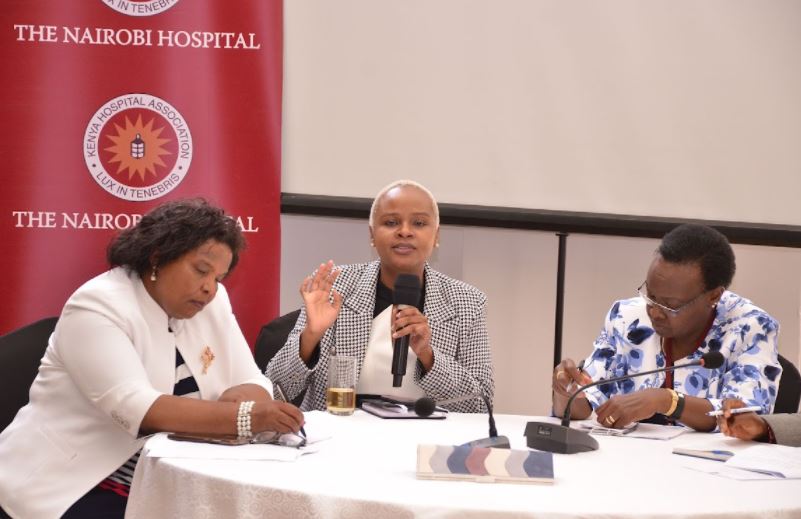 I remember many incidences where we negotiated for resources for UHC. Our first budget was shot down. It was Sh350 billion.

The president laughed at the idea. But when I look back, there was an element of wishful thinking in terms of the fiscal space that the country had and during subsequent meetings with his Excellency, we were able to come to a moderated budget and the programme was initiated.

During the meetings, I was the ‘mtu wa mkono’. I was always the one with the laptop at the corner near the pots with the flowers.

I was moving slides and we were really nervous because it was the last meeting, it was the last chance we had to sell the UHC agenda and everyone was nervous. If you remember at that time there was a lot of political pressure to ensure the big four agenda had started.

So we were going through the presentations and there was one slide that had been copy-pasted from past slides so it didn’t quite make sense. It was the minister who was presenting. There was silence because it didn’t make sense… She also stuttered and everyone was quiet.

Nobody knew what to say next and the president became very irritated. “What is going on here?” he asked while hitting the table.

At this point, I was trying to tell the presenter to go to the next point. I was unable to speak up but kept on shaking my head and that’s when the President told me to say something and I did.

That is the story of how I ended up where I am now as a CAS. It is a story that many people don’t know.

I have come to learn particularly reflecting on almost two years of working at senior level management in the ministry is that our biases can be internal; inherent in ourselves and in our environment.

Women do play a huge role in the health sector. I think they form a large majority of the service providers and also in governance, I think there has been an improvement in all spaces.

But working in the public health sector women are fantastic visionaries. They are good at having selfless good intent for good outcomes.

As a CAS and even previously as an advisor to the CS, I have been in spaces and rooms where I have seen the fortitude of different women being shaken. I have seen stations where people have an intent to destroy or circumvent some of the agendas that are being pushed forward by women.

Ambition is important. I am almost resolute in my belief that without ambition you will not be able to break down those window ceilings, walls that have been put up in your way. Do not be a coward.

Diligence – without a doubt, you have to work 10 times more than your male counterpart. I have experienced this all the way back to my homestead. I have to work harder than my brother at home.

And at work, I was the one to do the presentations, do the research, analytical work, do the stakeholder management then carry the printer to Geneva and do the printing and run and do the bilaterals, do it all, then my male counterparts would walk in to sit in the meeting with me and listen.

Agnes Kagure Holds Talks With County Workers, Explores Ways To Improve Quality of Service < Previous
Woman Collapses, Dies After Cop Snatched Money From Her ‘Chama’ Next >
Recommended stories you may like: