Woman Collapses, Dies After Cop Snatched Money From Her ‘Chama’ 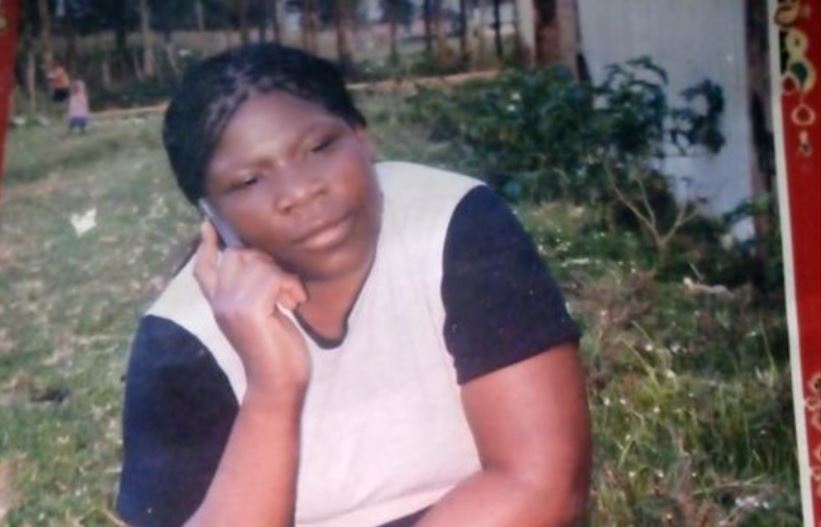 Police in Trans Nzoia are investigating an incident where a woman died after a police officer stole her money.

36-year-old Scolastica Marada, a changaa brewer in Trans Nzoia County, was in her house on Thursday evening when two officers came to collect “protection fees”; these are bribes that police usually solicit from illicit brewers to turn a blind eye on the illegal business.

Marada’s sister, Emily Nekesa, said the two police officers from Kiminini Police Station walked into the homestead at around 6 pm Thursday and found them talking outside.

Nekesa, as reported by the Nation, said her sister walked into the house to collect something and the officers followed her inside.

“I just knew the officers had come to collect a bribe as usual and would leave because my sister was a chang’aa brewer,” she was quoted as saying.

Brenda, another sister to the deceased, said the mother of five offered the officers Sh1,000 but they declined. One of the officers then snatched her purse which had Sh30,000 from her ‘Chama’, a small social organization where members contribute a small sum of money on a regular basis.

“So one of the officers grabbed the purse that contained the money my sister had received from her merry-go-round group before leaving the house,” she said.

Nekesa added that Marada collapsed and was rushed to a nearby hospital, where she was pronounced dead on arrival.

“When I entered the house, I found my sister in a bad state, lying on the floor. I immediately alerted our neighbours, who helped perform first aid and we rushed her to Solona Health Centre for treatment,” said Nekesa, Marada’s elder sister.

Nekesa noted that her sister had a heart condition; “We rushed to the hospital but she was pronounced dead. We don’t know whether or not the officer beat her up but what we know is that she had high blood pressure and was suffering from a heart problem,” she said.

Marada’s uncle, Kisiangani Masibo, added: “My niece suffered from high blood pressure and a heart problem. It appears she was shocked when the officer forcefully took away her money, which she had collected from her group. She wanted to use it to pay school fees for her son.

“The police officers came to collect money from her on several occasions as protection fees,” he said.

The woman’s body was moved to the Kiminini Cottage Mission Hospital mortuary.

The incident sparked protests from angry residents who barricaded and lit bonfires on the Kitale-Webuye highway on Friday.

“We want action to be taken against the officer who caused the woman’s death,” said Stephen Barasa, one of the protesters.

“We are aware of the death. We have also established reports that two police officers from Kiminini Police Station allegedly took money from the woman, resulting in riots. The officers have been reprimanded and we are looking into the issue to ascertain the truth,” she said.

CAS Mwangangi Narrates Her Career Journey: “It’s a Story that Many People Don’t Know” < Previous
Woman Flees Abusive Husband, Who Then Gets Killed By Neighbour Next >
Recommended stories you may like: