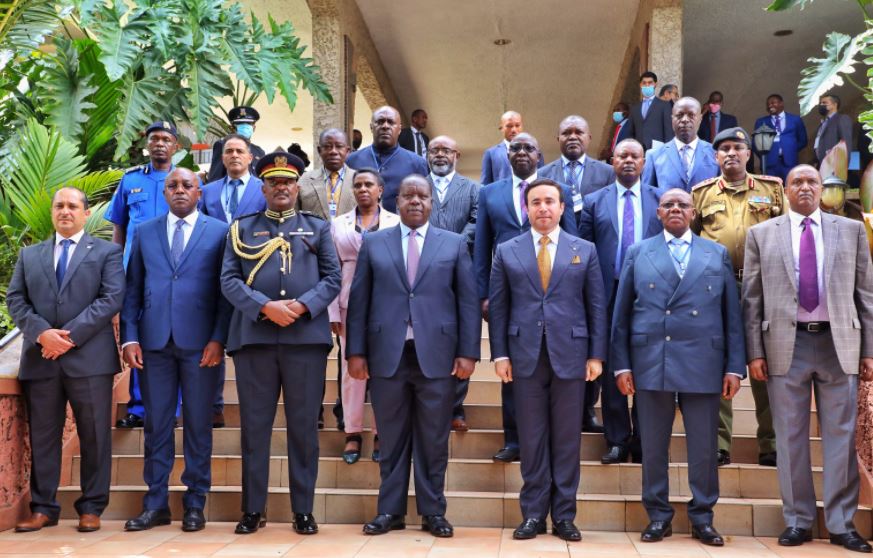 A meeting of Africa’s police chiefs kicked off in Nairobi on Wednesday with Kenya pledging to strengthen its collaboration with Interpol and regional police pacts to fight organised transnational crime.

Interior Cabinet Secretary, Dr. Fred Matiang’i, told members of the African Union Mechanism for Police Cooperation (AFRIPOL) that Kenya was especially keen to deepen partnerships in the fight against terrorism, radicalisation and the trafficking of drugs, human beings, and counterfeits.

“Kenya is cooperating with international partners to fight Transnational Organized Crime, including the Regional Operation Centre Khartoum (ROCK). We will continue working closely with our neighbours to better protect our citizens,” Matiang’i said at the 10th Meeting of the (AFRIPOL). 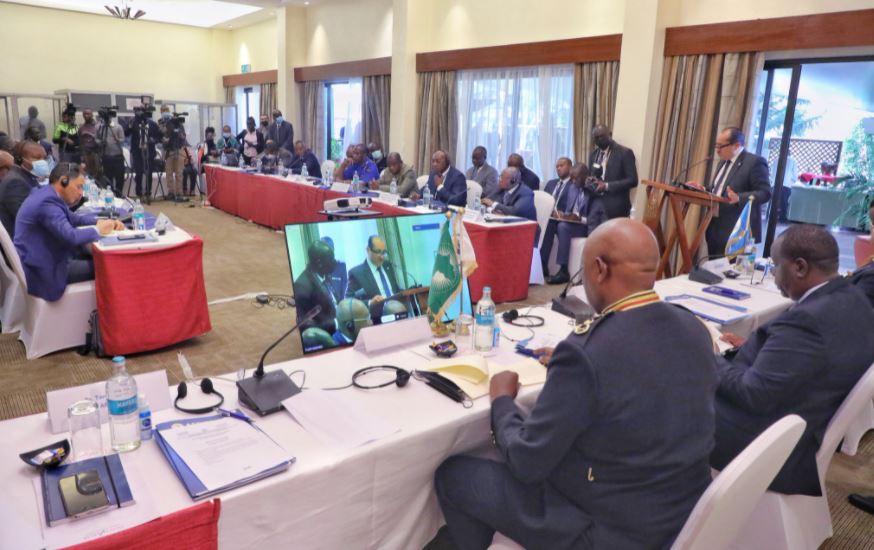 This is the first time Kenya is hosting the meeting whose agenda is the review of the strategic, operational and tactical cooperation among member states’ police units. Kenyan Inspector General of Police Hilary Mutyambai is the current AFRIPOL chair.

Dr. Matiang’i said the country is keen to operationalise AFRIPOL, adding that the Kenyan office at the DCI Headquarters in Nairobi is already running having benefited from Interpol’s support.

The CS urged member countries to pool resources in intelligence-gathering and information-sharing and harmoniseborder-monitoring policies to counter emerging security threats such as cybercrime, identity theft, phone frauds and phishing schemes. 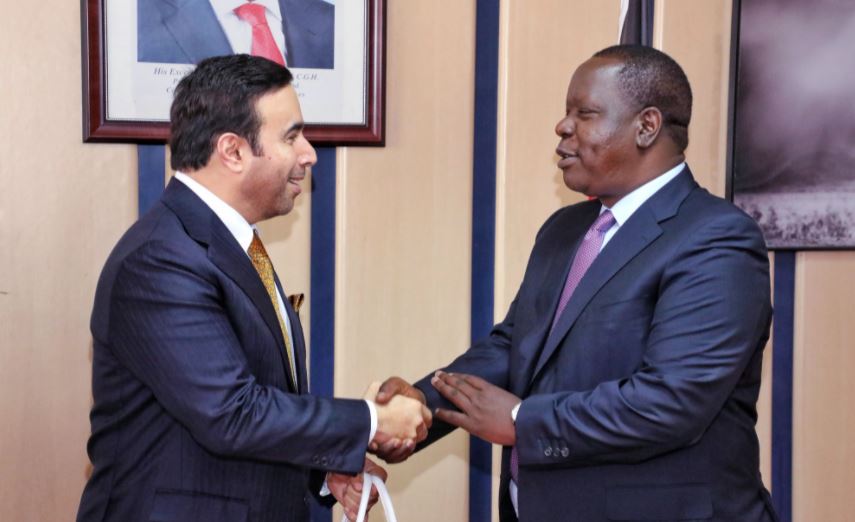 “Combating international crime is an expensive undertaking. Rising transnational crime and the complex nature of some of it obliges governments to allocate more resources to security budgets. Spending more in intelligence gathering, policy reforms, costly equipment and more officers for strategic deployment has become inevitable,” he said.

In another meeting with CS Matiang’i at Harambee House, Majr-Gen Al-Raisi promised to raise the share of Africa’s consumption of intelligence sourced from Interpol to at least 20% from the current one percent.

The Interpol president who hails from the United Arab Emirates also pledged to end the current under-representation of Africans in the global police agency by ensuring more African security officers are recruited into its ranks. 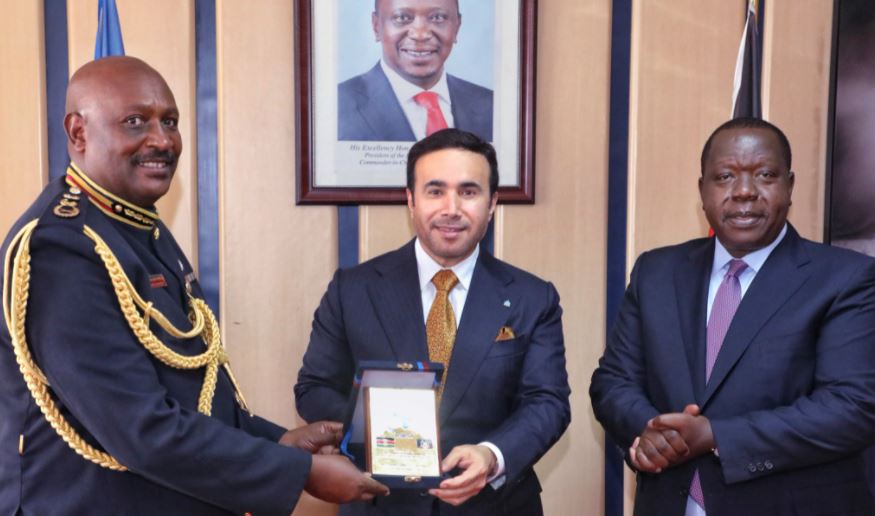 Kenya actively supported the candidature of Majr-Gen Al-Raisi to the four-year term elective post and hopes to benefit from his leadership through favourable opportunities for partnership.

Majr-Gen Al-Raisi noted Interpol had netted successes including in Operation Flash-IPPA which resulted in 2000 arrests and the seizure of 12 million illicit products in an exercise that involved 20 countries participating.

Similarly, Operation Golden Strike involving 23 Africa and Asia countries led to the seizure of 50 rhino horns, four tonnes of ivory, half tonnes of pangolin and the arrest of more than 100 suspects.