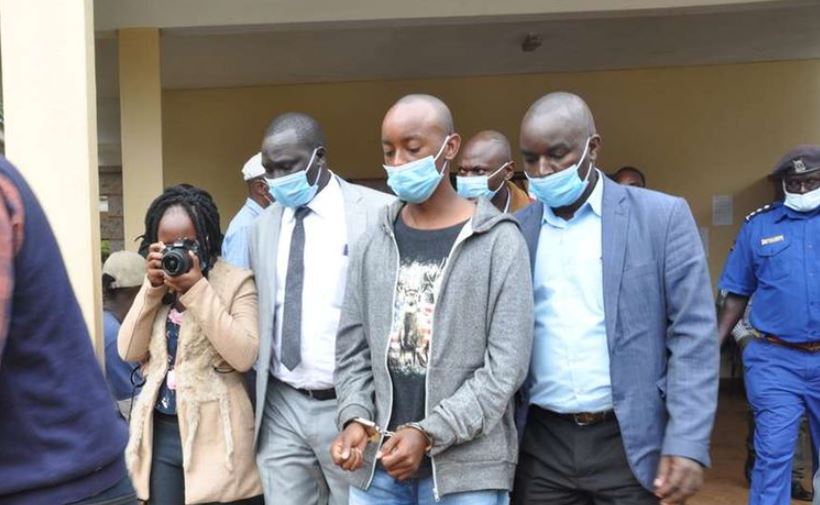 Lawrence Warunge, the 22-year-old university student who confessed to killing five people, including four family members, has applied to be released on bail.

“I spoke to my client and he wishes to apply for bond. We seek a pre-bail report,’’ Marube said.

But Warunge’s kin opposed his release saying he has been threatening his remaining family members with death.

The court heard that Warunge issued the threats during his interrogation, saying he wanted to also kill his two other sisters but could not, given that they were in school.

The family claims even in remand, Warunge threatened his cousin and other family members.

“The Warunge and Njenga family have expressed that they do not wish for the accused to be released from custody throughout the length of the case. This is due to the following reasons: The accused, during his arrest, expressed that he had every intention to kill his remaining two sisters and other members of the family as well.

“The accused has, through different numbers that emanated from the remand prison threatened the life of his cousin and his family,” said the Warunge family through their lawyer Ndindi & Nadida Advocates.

The lawyer added: ”The accused seems not to be remorseful and if released may carry out his words of killing his sisters, cousins and relatives.”

Lady Justice Rachel Ngetich set the bail application and the main suit for hearing on  May 9.

Gladys Shollei Hits Back at Mama Ngina: “But Uhuru Abused Raila” < Previous
Agnes Kagure-allied Group Castigates Attacks on Women, Media Next >
Recommended stories you may like: