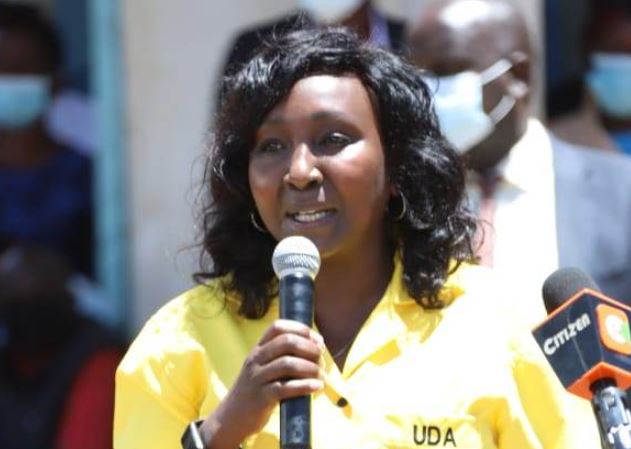 Addressing the press on Wednesday, Shollei said the former First Lady Mama Ngina Kenyatta needed to be reminded that Uhuru also abused other politicians in the past.

“She seemed to be defending the President and said that people who talk badly are not raised well. I think she needs to be reminded that President Uhuru Kenyatta recently was calling Raila Odinga all sorts of names,” Shollei said.

“So to try and say that the President is the perfect person and a well brought up child that doesn’t say anything negative, we just need to look at the way he behaved at the Jubilee meeting,” she added.

According to Shollei, President Kenyatta tore down his deputy William Ruto during his Sagana meetings.

“Instead of unveiling the Jubilee vision and decisions of the party, he went on an attacking spree,” she said.

“Remember in Sagana, he went and spoke in his mother tongue, yet he is supposed to be the symbol of unity. You as the President have an obligation to respect the seat that Kenyans honoured you in, it was actually a gossip corner in Sagana,” Shollei added.