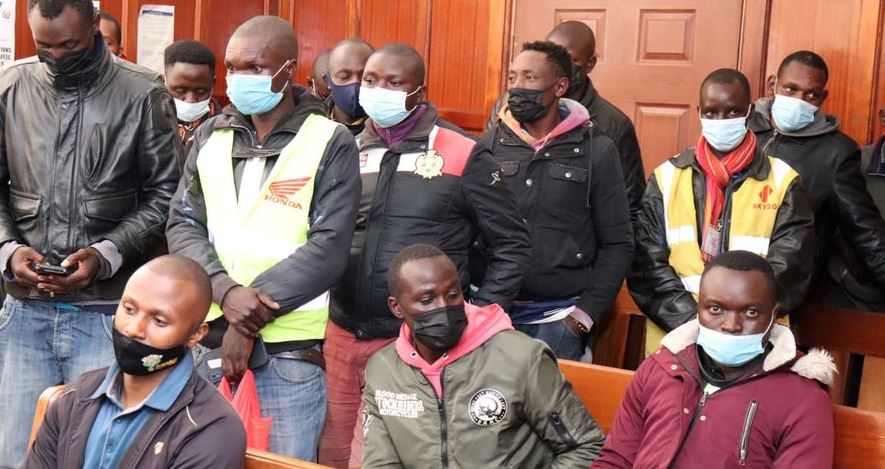 The 17 suspects accused of sexually assaulting a diplomat along Wangari Maathai road /Forest Road in Nairobi on Friday, March 4 will spend more days in remand.

This follows an application from the Prosecution seeking to have the suspects remain in custody for five more days.

The investigating officer Inspector Lyvone Mwanzia told the court that investigations are complete.

Mwanzia, who is attached to the DCI Gigiri police station, said the file has been forwarded to the office of the DPP for perusal and further action.

This means the suspects who have been in custody for over two weeks will remain in custody until Monday, March 28.

Chimano on Having Kids, “It’s Not a Badge of Honour” < Previous
Gladys Shollei Hits Back at Mama Ngina: “But Uhuru Abused Raila” Next >
Recommended stories you may like: