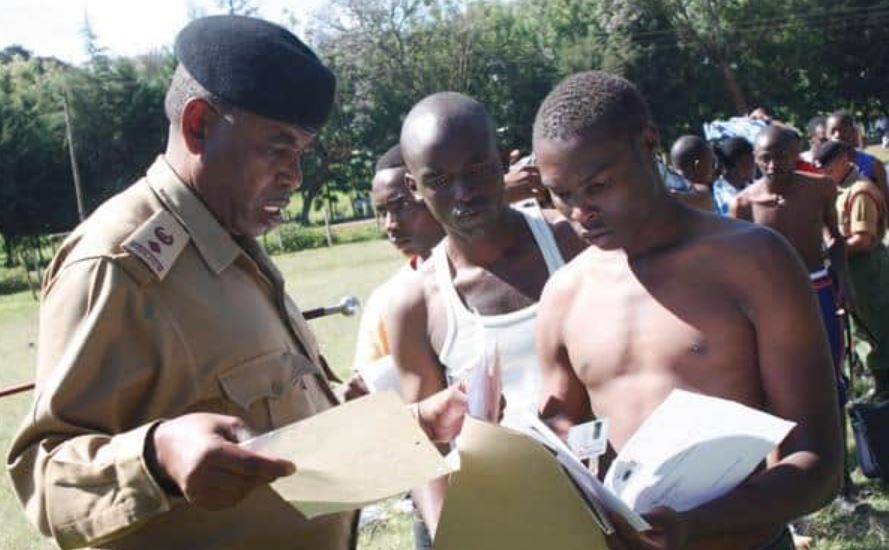 Degree holders have been excluded from the ongoing police recruitment exercise.

“In the adverts placed in various media platforms, we have indicated that we are recruiting police constables with a minimum qualification of D+ in their Kenya Certificate of Secondary Education [KCSE] exam and it remains as such because there is a particular job group for the advertised positions. We are advising those with degrees to wait for other positions to avoid labour issues,” said NPSC commissioner Moyaki.

“We are not discouraging graduates from joining the police service, but there are better opportunities and higher job groups that would suit them, apart from the police. It would be ideal for potential recruits to adhere to the requirements set out in our advertisement,” he stated.

Last year, over 1,000 graduate police officers moved to court to oppose a move to slash their salaries. The recruits, ranked police inspectors under job Group J, were shocked to receive Group F salaries, which are paid to police constables.

The graduate officers said about Sh30,000 had been sliced from their November payslips.

The recruitment exercise is targeting 5000 prospective constables with a minimum of a D-plus in the Kenya Certificate of Secondary Education (KCSE) examination and a ‘D+’ (Plus) in either English or Kiswahili languages.

840,000 Astrazeneca Vaccines Expire, 1 Million J&J Doses At Risk < Previous
Kabogo Reveals Why He Might Leave Ruto’s Kenya Kwanza Camp Next >
Recommended stories you may like: