Kabogo Reveals Why He Might Leave Ruto’s Kenya Kwanza Camp 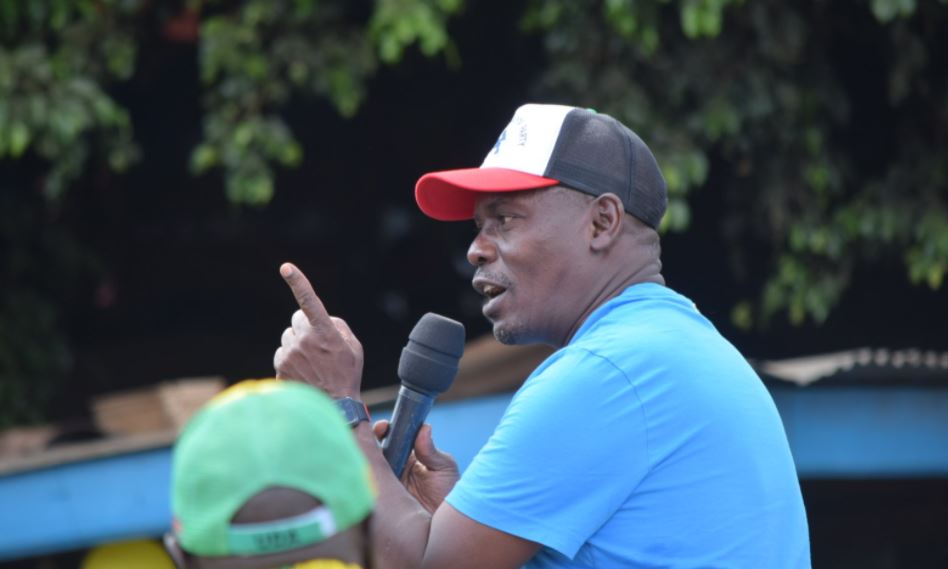 Former Kiambu governor William Kabogo says he is backing Deputy President William Ruto for the presidency but he might change his mind if certain conditions are not met.

Speaking in Nyeri, Kabogo first explained why he decided to join Ruto’s Kenya Kwanza over Raila-led Azimio One Kenya.

Kabogo claimed he was left out of Azimio discussions between President Kenyatta and Raila.

“I have asked questions and they have not been answered. I asked Azimio about their plan for Mt Kenya and the things they discussed with Uhuru as he exits and they were silent. They did not want to speak about their plans,” Kabogo said.

The Kiambu governor aspirant then went to Ruto who promised to consider his(Kabogo’s) one man, one shilling formula.

“I went to Ruto and asked the same question and I told him that one man one shilling would go a long way for the region. He answered that the model would hurt many counties, but promised me that additional money would be allocated to the counties in his administration and it would be shared according to population,” the wealthy politician said.

Kabogo claimed they agreed with DP Ruto that in two months, there will be a written document on the economic strategy he has for Mt Kenya when he is elected.

Failure to put the agreement in writing and Kabogo will change his mind about supporting Ruto.

“I am in Kenya Kwanza but on a rider that Ruto must present a written document in two months on how he will handle economic matters of our region and if he fails to do so then I may change my mind,” Kabogo said.

“I only have one vote and if I was to vote now, it would go to DP Ruto unless I get a reason not to vote. But if something happens and I have to change my mind and vote for myself as president, I will,” he added.

Degree Holders Barred From Police Recruitment Exercise < Previous
Women MPs Partner With Google To Tame Cyberbullies Next >
Recommended stories you may like: