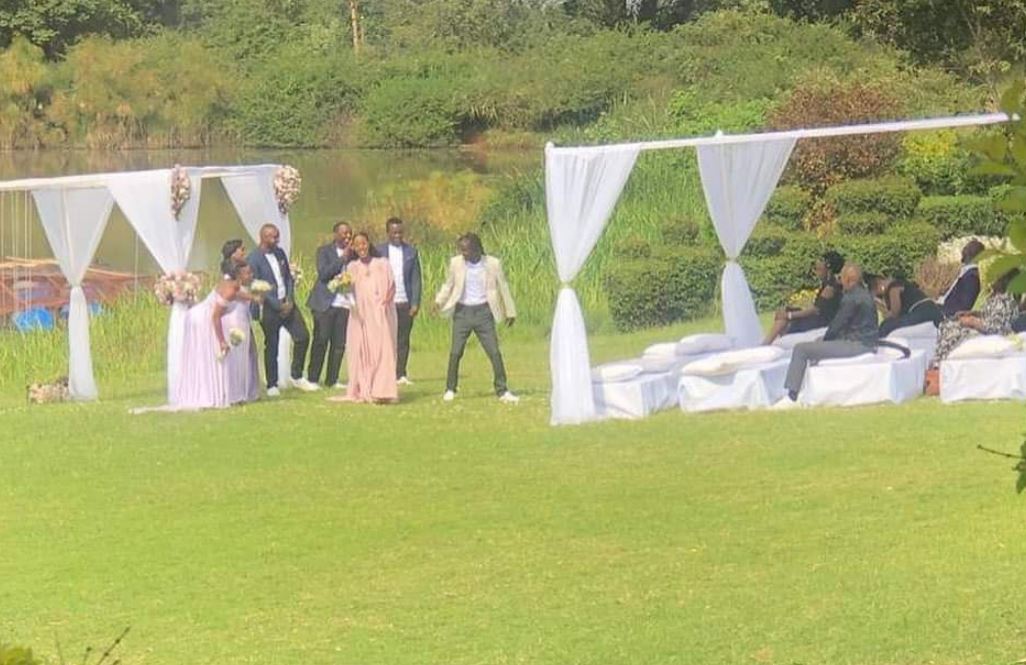 The two love birds held a small and private garden wedding at an undisclosed location in Kiambu county on Wednesday.

A photo making rounds on social media showed Lilian, not in your typical white wedding gown, but rather a baby-pink gown. Juliani meanwhile donned a white shirt, ivory jacket, a dark-coloured  pair of trousers and white sneakers.

Clearly, this was not your typical wedding.

According to reports, there were less than 50 invited guests, among them close friend Boniface Mwangi, who posted, “Tumengara and the mission is unknown. But for now, we live life.. Life is beautiful and music is life.”

It will be noted that while Lilian and Machakos governor Alfred Mutua were together for a good while, the two never got married. Mutua had however offered to give her a white wedding last year, but she declined, observing that their relationship was already on a downward spiral.

“In August 2021, Alfred Mutua told me he will give me a white wedding and have my father walk me down the aisle. He told me to choose a date even if it was in a week’s time,” she said in a recent interview.

Although Mutua had previously visited her home, dowry was never paid.

Parliamentary Aspirants MUST Have Degrees, IEBC tells UDA < Previous
Iva Colter: Bio, Husband, Career, All You Need To Know About Mike Colter’s Wife Next >
Recommended stories you may like: