Jimi Wanjigi: Raila in Cohort with Uhuru to Stop my Presidential Bid 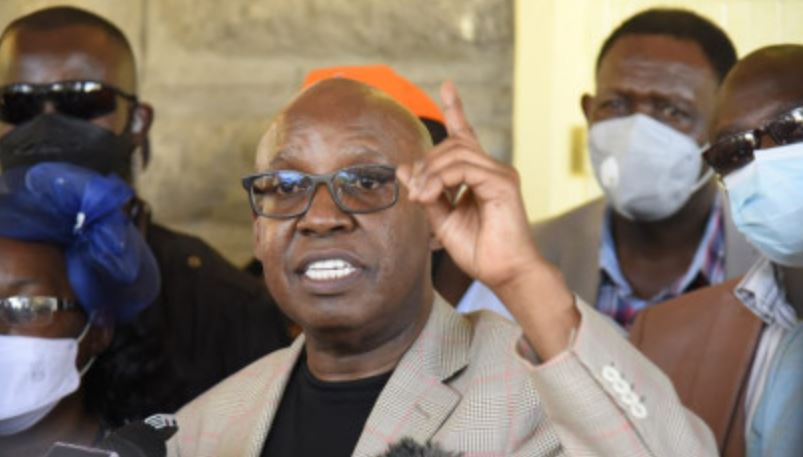 Speaking on Tuesday, hours after the DCI summoned him to surrender his firearms, Wanjigi claimed Raila and Uhuru are willing to do whatever it takes to stop him from vying for office.

“Mr Odinga is in cohort with President Uhuru Kenyatta and they want to stop my presidential bid by whatever means but I will not be a coward,” he declared.

“I want to assure Kenyans that I will be on the ballot and where I’ll be is where the next government will be formed. It will be a government of the people and for the people of Kenya,” Wanjigi added.

The businessman also urged his affiliate party Orange Democratic Party (ODM) to exercise democracy. This is after ODM denied him as a party delegate ahead of its National Delegates Convention (NDC) slated for February 25 and 26.

“My only request to my beloved party, open the space for democracy, open the door,” he said.

Wanjigi at the same time called out the Odinga and Uhuru political families for “feeling privileged and subjecting Kenyans to bad leadership.”

“It is a critical moment that all Kenyans collectively stand up and unyoke themselves from the stranglehold of the Kenyatta and Odinga families. The two families feel entitled and privileged while treating Kenyans as their subjects,” Wanjigi claimed.

“At independence, we inherited a dangerous and destructive virus it has been mutating, today we are being told there are two horses, nothing can be further from the truth. The two horses are nothing but the second generation of the original virus that is mutating to a third variant it is another 60 years of slavery in the making,” he added.