DJ Shiti Accused of Assault, Cheating, and Being Deadbeat Dad by Baby Mama 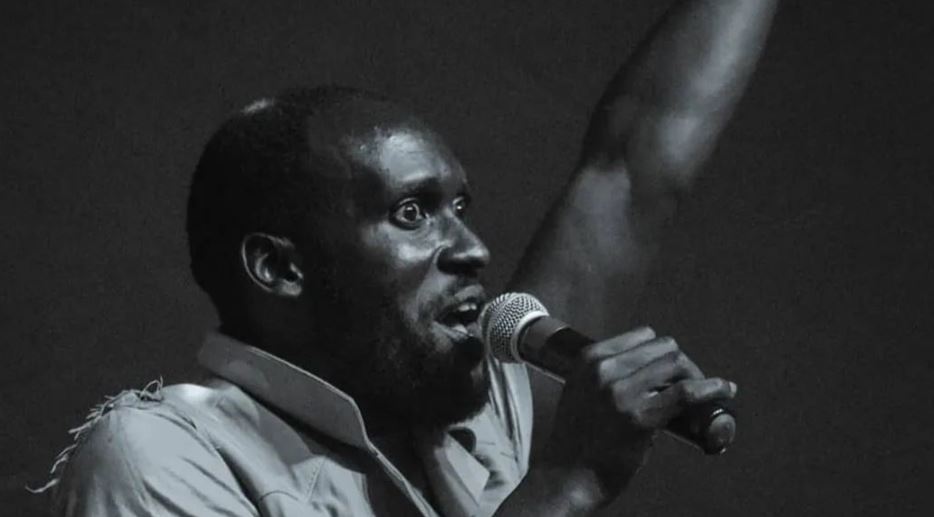 Comedian DJ Shiti has had some damning allegations leveled against him by his baby mama.

The woman identified as Fash Hussein took to social media to share scandalous details about her relationship with Shiti.

Fash was engaging her followers on Instagram in a Q&A session, where she claimed DJ Shiti cheated on her and absconded his fatherly responsibilities.

One fan asked: Did he ever beat you or cheat on you. Why did you leave?”

Fash wrote: “Too much cheating…brought others to our home.”

Another fan asked: “How’s the relationship between you and him?”. To which Fash responded: “Apparently, deadbeat dad.”

Fash was also asked: “Do you live together with him? And if not, do you take the child where he lives?

Shiti’s baby mama responded: “We don’t live together. The dude has no interest in the daughter. Where he is from, sons are a pride.” 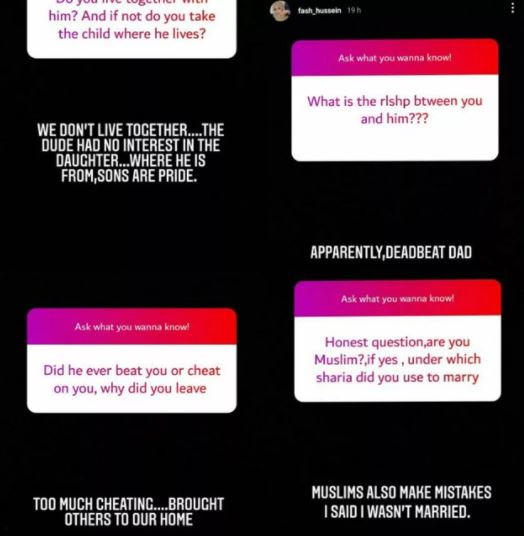 During the interactions, one of the fans also accused DJ Shiti of physical abuse resulting in a supposed miscarriage.

“That man once beat me in Athi River and I lost my kid. he should lower his ego and apologise to us,” the fan wrote.

When reached for comment, DJ Shiti chose to keep his private matters away from the limelight.

(At the end of the day she is my baby mama. There is a child involved and I don’t feel it’s right for me to talk about it. I don’t want to talk about the allegations. I prefer to keep my private life away from the public).”

DJ Shiti did however deny the assault allegations against him. 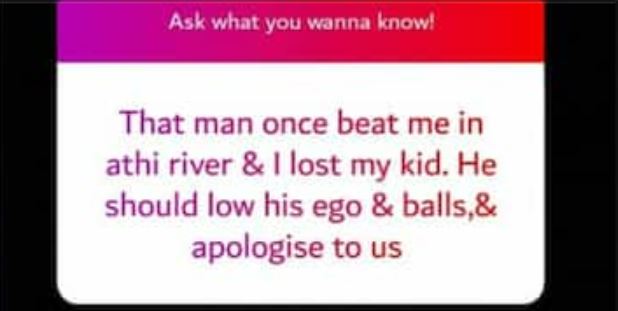 “Sijawahi piga dem. Me hupigana na wanaume (I have never beaten a woman. I only fight with men). Only cowards beat women,” he said.

The comedian also put up a statement on his socials defending himself.

“It is only Almighty GOD who can put me down. He uplifted me from the days I was napping in the cold streets of Nairobi… Homeless I only had hope… My sisters of the night Akishe, Mumbii, Nasibo, Fatma Najua mutaona hii… Rip #kendi you offered me a place at Tasia,” he said in an apparent reference to the days he sought refuge in brothels.

“In spite of everything, you are still my daughter. I love you so much Mluhya wanje. You’re the future governor of Kakamega even Kakamega senator Cleophas Malala knows,” wrote Shiti. 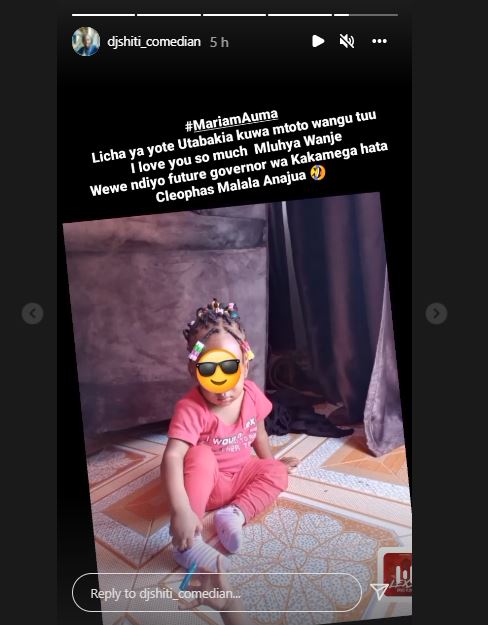