DJ Mo Warns Ringtone over Size 8, “Next Time it is Going to be Worse” 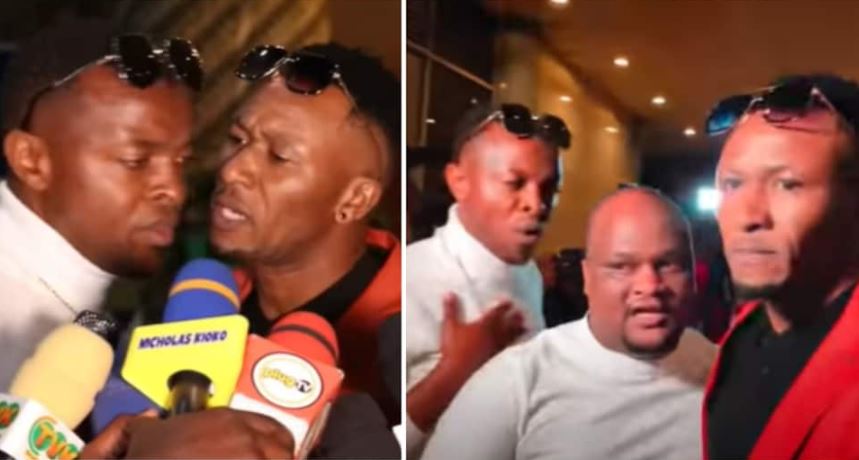 Trouble started when Ringtone, posing as a pastor,  joined other pastors on stage. However, this was against the wishes of Size 8, who insisted that only pastors were allowed on stage.

Ringtone then threatened to leave the event claiming that he is an anointed man of God.

“I’m walking out of this Album launch because we have come here to support Size 8, but she calls men of God to go the pulpit and dedicate her album. When the pastors went to the pulpit I joined them because I also have my own pulpit, I’m a minister. Pastors doesn’t have the highest rank than a musician like me.

“But I went on stage then Size 8 chased me, saying this is a session for pastor’s only. I want to tell size 8, I’m also an anointed man of God who have survived this far. I’m disappointed so much because Size 8 chased me from the pulpit,” Ringtone complained.

The singer was however kicked out of the album launch by Size 8’s husband DJ Mo.

Addressing the press, DJ Mo said Ringtone offended him by speaking ill about his wife.

“If we are friends let us be friends. Na ukifeel nikama unaenda kuongea against my wife then unanitouch place wrong. If we are friends and we are men, we have to make sure that we protect our people. So Ringtone comes out here and start accusing Size 8 of things she has not done, that’s wrong,” DJ Mo said. 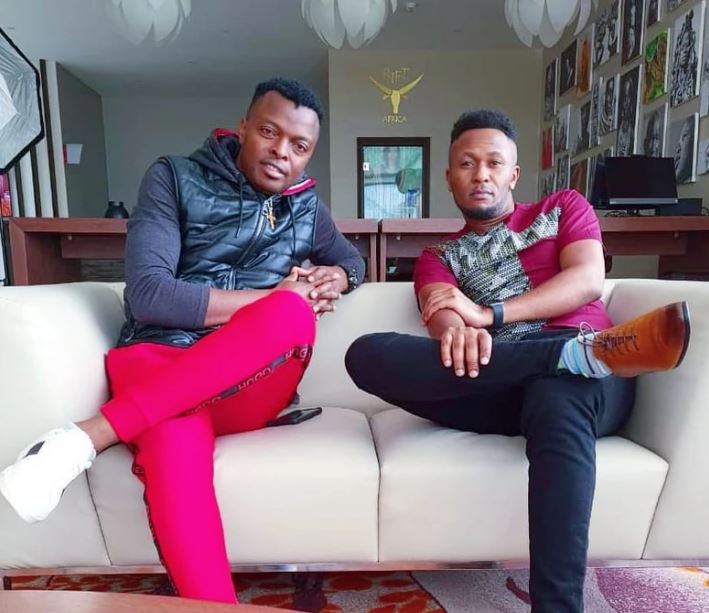 The Disc Jockey said it would have been worse for Ringtone if he(DJ Mo) wasn’t saved.

“Ni venye tu nimeokoka , ingekuwa mbaya. And Ringtone knows I love keeping my boundaries. Again you can’t be clout chasing at every event, so unafaa kuanglia, si kila event ni yaku-clout chase. Haiwezi kuwa event inaendelea alafu unaiita media nje kuwambia ujinga. That’s why I had to do what I did. Isipokuwa ni watu wangu walinistopisha it could have been bad. Respect my hustle and I respect your hustle,” said DJ Mo.

He added: “I was very calm at the start, but when he insisted, I got mad. He can’t be this disrespectful. If you want to cross my line it is okay, but when you cross my wife’s line, it becomes very personal.

“It would have been worse and it is a warning and if he repeats the same thing, next time it is going to be worse.”

DJ Mo did however offer to forgive Ringtone if he apologises.

Jackie Matubia Unveils Baby Daddy; a Fellow ‘Zora’ Actor < Previous
“F*** You!” says Amber Ray as She Covers Up Jamal’s Tattoo Next >
Recommended stories you may like: