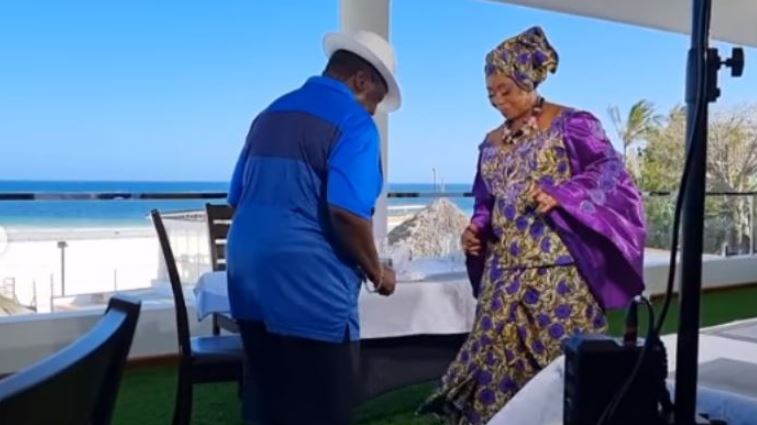 Central Organisation of Trade Unions(COTU) secretary-general Francis Atwoli has been immortalized with a song and a music video.

In December, the outspoken trade unionist caused a stir on social media when he hired Congolese crooners, Faya Tess and Nyboma Mwandido to entertain him during a private New Year party.

Among those who raised a raucous over the move was Miguna Miguna who branded Atwoli unpatriotic for hiring Congolese singers instead of Kenyans.

“Although I love Lingala music, this is the time when the COTU thi*f, @AtwoliDza, should have used the BILLIONS he (allegedly) stole from Kenyan workers to EMPOWER a Kenyan artist like Odongo Swagg, Kofi Makadory, or Embarambamba. But look how unpatriotic and uncaring Raila’s sponsor is,” Miguna tweeted. 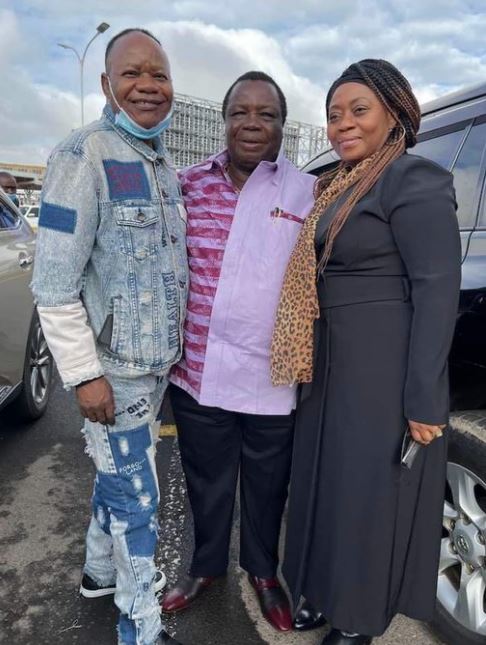 It has now emerged that the Lingala singer Faya Tess was also in the country to work on a song in honor of Atwoli.

Titled ‘Francis Atwoli’, the song praises the trade unionist in line with his renowned self-aggrandizing nature.

The song’s music video also features Atwoli and was shot at his opulent beachfront mansion in Kilifi.

The song comes years after Lingala singers Evala Mbuta and Koko Nyboma paid tribute to Atwoli in a song titled ‘Atwoli Birthday 6.6’ in 2019 as he turned 70.

Check out the new song by Faya Tess below.