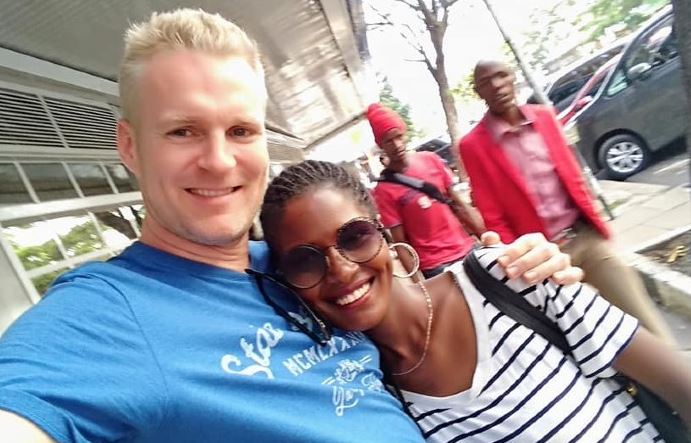 The case in which 21-year-old student Felista Nyamathira Njoroge had her account frozen over suspected money laundering took a new twist on Wednesday.

The Nairobi Technical Institute student has been the subject of investigations by the Assets Recovery Agency (ARA) after her dollar millionaire boyfriend – Marc De Mesel – wired Ksh102 million into her account.

Felista moved to court on November 17, 2021, seeking to have the freeze orders lifted.

However, during the hearing on Wednesday, two women appeared in court claiming to be Felista Nyamathira.

One of the lawyers, Mr Walter Owaga, claimed Ms Njoroge left the country six months ago and has yet to return.

“It is unfortunate we find ourselves in this situation. The real Felista is out of the country and is heavily pregnant and she is due to give birth. We can present documents to support our position. We can present her to ARA depending on the medical advice and upon travelling back to the country,” said Owaga.

The second advocate, Thomas Maosa, claimed his client is still in the country. He told the court that Felista appointed him alongside Prof PLO Lumumba and Mr Farady Nyangoro to defend the case.

“We presented Felista to ARA but they opted not to take her statement. She is not out of the country. We are ready to present her again,” the court heard.

The Judge suspended the hearing for another 90 days to allow the two women to appear at the Directorate of Criminal Investigations (DCI) offices to determine their real identifications.

The case will be mentioned on May 16.

Bank Robbers Steal Sh2.3M in Daring Daylight Heist At Westside Mall < Previous
Kenyans Not Ready for Change, Xtian Dela Shouts; Drops Out of Westlands Race Next >
Recommended stories you may like: