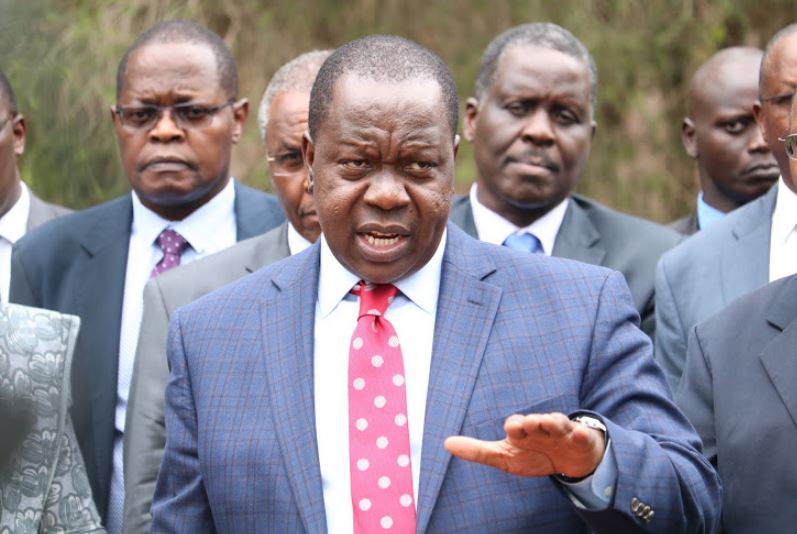 Interior Cabinet Secretary Fred Matiang’i is fed up with ‘cyber terrorists’, who are forging gazette notices and issuing fake public holidays in his name.

This week, the CS and the ministry had to come out to deny issuing Kenyans a public holiday to mark Diwali, after a supposed gazette notice started circulating on social media.

The notice stated that Thursday, November 4 had been declared a public holiday to mark the Hindu festival.

“The Government HAS NOT declared a public holiday on THURSDAY NOV 4, 2021. The purported gazette notice declaring a holiday is FAKE!” the ministry tweeted. 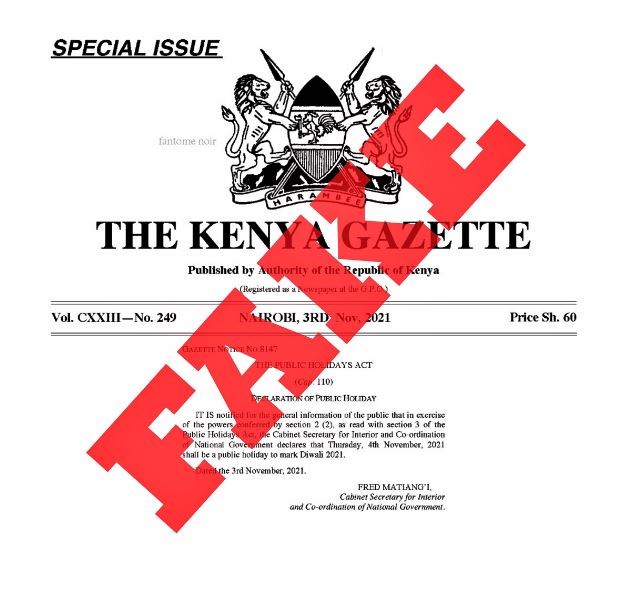 Matiang’i is now promising to reign in on such behavior that misleads the public.

He said that individuals involved will be targeted by the National Computer and Cybercrime Coordination Committee (NC4), which has just been operationalized.

“From those creating fake Diwali gazette notices to cyber terrorists hiding behind keyboards, operationalization of the National Computer and Cybercrime Coordination Committee (NC4) signals repercussions awaiting criminals engaged in digital banditry. Investment in cyber security training and capacity building by all stakeholders in all arms of government and private sector is mandatory to thrive in reality of the world we live today,” the CS said.

The NC4 has been mandated to detect, investigate and prosecute acts of cybercrimes, which includes such forgery of government documents and communications.

US: China Seeking To Build Military Base in Kenya < Previous
The world’s most haunted casinos Next >
Recommended stories you may like: