The world’s most haunted casinos 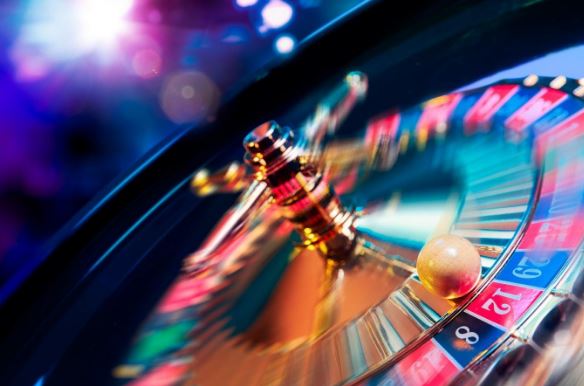 There have been countless reports over the years of paranormal activity in different buildings and spaces – and casinos are no different. Perhaps a friendly ghost could sway the slot machines in your favour, or keep an eye out for players who are prone to trying to cheat. Either way, let’s just hope that these folk don’t wreak havoc in the hallways whilst you’re trying to keep a straight, Poker face.

If you don’t quite fancy bumping into any casino spirits, however, then playing at a casino online could be a better choice – unless you’re playing the portable games in a haunted house, in which case, definitely keep your eyes peeled!

Before Bally’s casino stood tall on the Las Vegas Strip, the MGM Grand stood in its place. On November 21, 1980, the MGM Grand fell victim to one of the worst fires in America’s history. The fire was caused by faulty wiring and saw the entire hotel go up in flames. Firefighters couldn’t combat the fire and hotel guests were forced to either jump from their hotel room windows, or succumb to the impending doom. The lives of 80 people were lost in what remains to be one of Las Vegas’ biggest tragedies.

Parts of the MGM that survived the fire were later incorporated into the design of Bally’s Casino, which took its place on the Strip. Hotel guests and employees have frequently reported some strange goings-on in the seemingly unoccupied rooms. If moving chairs and tables aren’t proof enough that Bally’s is haunted, then perhaps the reports of ghostly figures roaming the halls around the North Tower’s stairwell will convince you.

The small town of Primm sits near the state line between Nevada and California. This is where the busy Whiskey Pete’s Hotel Casino sits, as it makes history as one of the most haunted casinos in the world. Pete McIntyre, known as Whiskey Pete, was the owner of the State Line Service Station in the early 1900s. Whiskey Pete was well known throughout Las Vegas for being so eccentric, and lived up to this reputation even in his death – when he requested to be buried standing up on the side of a limestone hill, so he could watch the world from his grave.

It’s believed, however, that during the construction of Whiskey Pete’s Casino, his resting place was accidentally disturbed. Now, guests frequently report the sight of his ghost roaming round the property.

On top of this, the casino lobby at Whiskey Pete’s plays host to the bullet-riddled car in which Bonnie and Clyde lost their lives. Even the blood-ridden shirt that Clyde Barrow was wearing on that fateful night is displayed in the casino, and guests often report strange things happening, especially around the Bonnie and Clyde exhibit…

There’s no doubt you’ve heard of the famous Flamingo casino, which was opened on the Las Vegas Strip by mobster Bugsy Siegel in December 1946. Siegel only got to enjoy his casino for the best part of a year, as he was taken down by multiple bullets in 1947. After putting so much work into creating one of the most famous gambling houses of all time, there’s no wonder he never wanted to leave.

There have been reports of Seigel being spotted in his Presidential Suite, and even relaxing by the pool. Who could blame him? Some staff were so disturbed by their encounters with the mobster that they were forced to quit in the middle of their shift.

It’s obvious that casinos are a popular resting place, with many others all over the globe housing some spooky visitors. Perhaps the prospect of meeting some long-deceased famous faces, and having a thrilling encounter of your own makes the trip to a haunted casino even more desirable? And maybe the spirits will bring you luck and see you bag the Slots jackpot… who knows?