Alai: This is How Much NTV Charges For Interviews 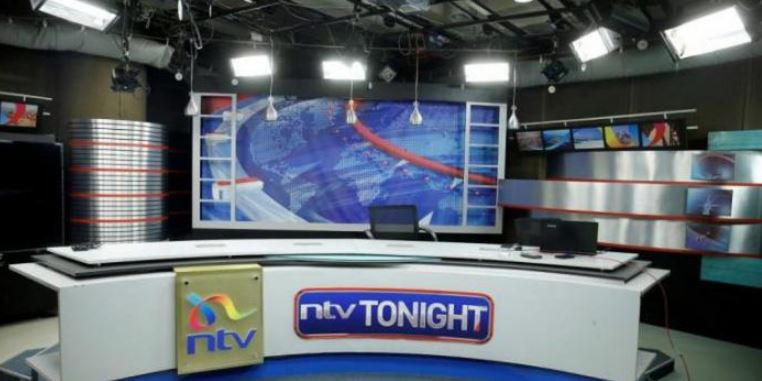 Nation Media Group apparently charges an arm and a leg to host its guests for live television interviews.

This is according to blogger Robert Alai, who on Thursday called out the media house for charging its guests hundreds of thousands.

To prove his claims, Alai shared a supposed interview invitation from an employee at NTV.

“In line with what you do, we as a media house would wish to host you for either a recorded or a live interview either physical or virtual so as to enrich our Kenyan audience by learning from you either via live interviews, live events, or documentaries or any activities. The interview may also be prerecorded,” the invitation dated Wednesday, September 29 reads in part.

The letter, whose authenticity could not be immediately established, also attached a list of packages outlining the alleged costs attached to each of the TV programs available.

For example, to appear on 1-hour show, ‘The Unscripted With Grace’ hosted by Grace Msalame, a guest would have to fork out at least Sh650,000.

The same price supposedly applies to ‘Health Diaries with Gladys Gachanja’ every Sunday from 6.30 pm to 7 pm.

The most expensive package is for ‘The Nation Leadership Forum’ which airs during primetime hours on Thursdays from 7.30 pm. It goes for a cool Sh2,500, 000+ 16% VAT if the information from Alai is anything to go by.

The blogger did not disclose if the invitation was addressed to him, while the name of the sender has been concealed.

Blogger Alai said journalism is dead while calling for investments in online media.

“Nation Media Group is auctioning interview slots for hundreds of thousands. Because journalism is dead and the only thing that matters is the bottom line,” he wrote.

“We must invest in online media and end this anarchy. Don’t pay for such crap. Call me and I will host you for free online.”

Below is the alleged rate card for an interview on NTV. 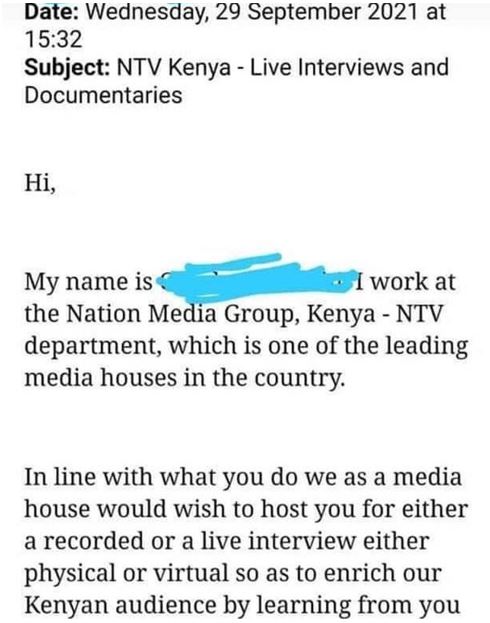 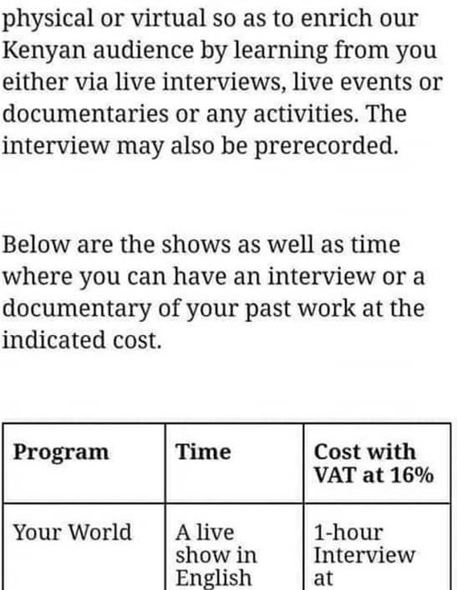 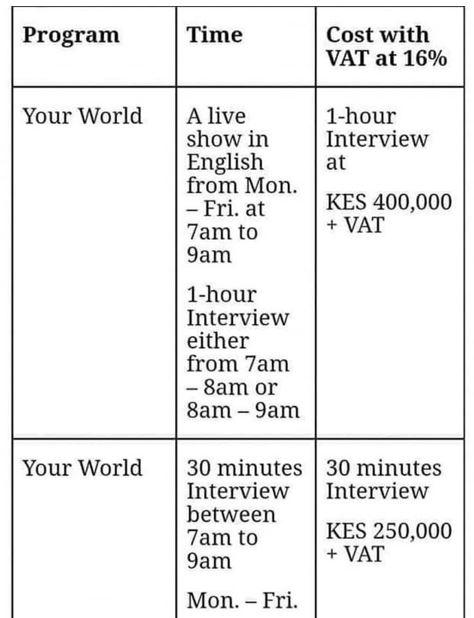 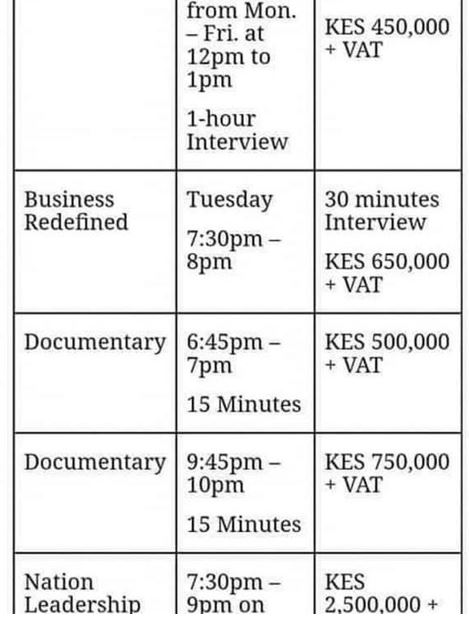 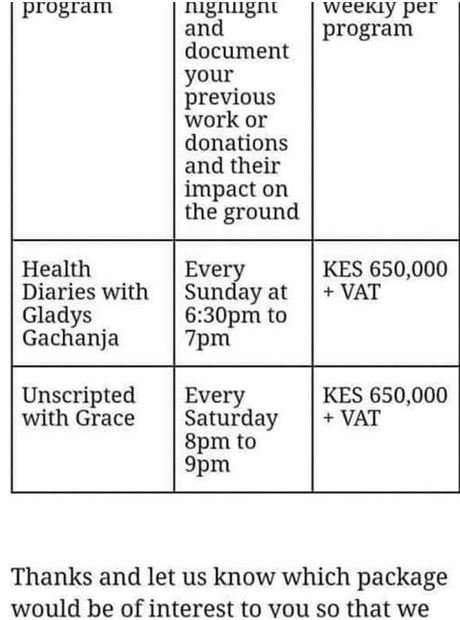 Duale To Rozaah Buyu: “I am Not Your Boyfriend” < Previous
Kenya And Barbados Sign Bilateral Agreements On Aviation, Environment And Trade Next >
Recommended stories you may like: