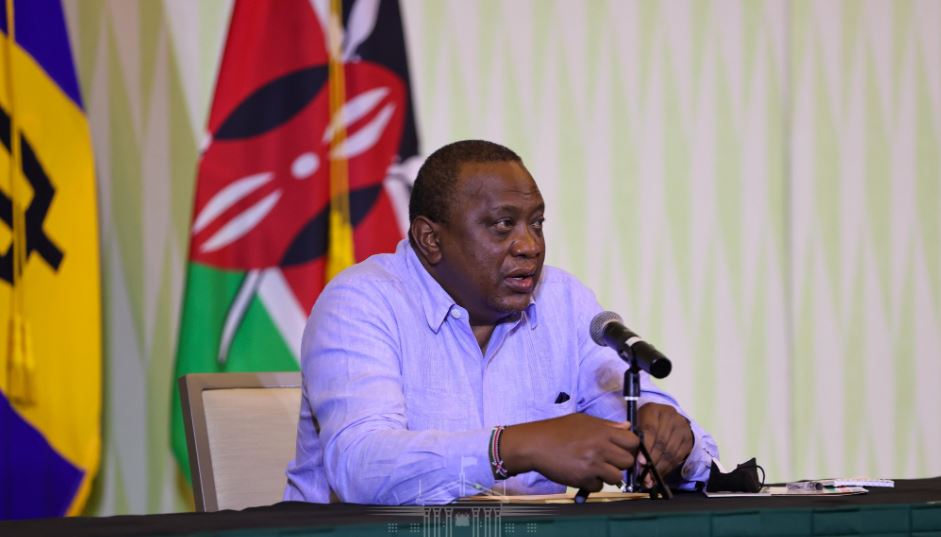 President Uhuru Kenyatta and Prime Minister Mia Amor Mottley witnessed the signing of an air services agreement, an MoU on the development of the national botanical garden of Barbados, and another one on the establishment of a Joint Committee on Trade and Investment, in Bridgetown, Barbados.

Speaking at a high-level meeting that preceded a business forum between Kenyan business community representatives and their Barbadian counterparts on the second day of his official visit to the Caribbean island country, President Kenyatta expressed optimism that the agreements will strengthen bilateral ties between the two nations. 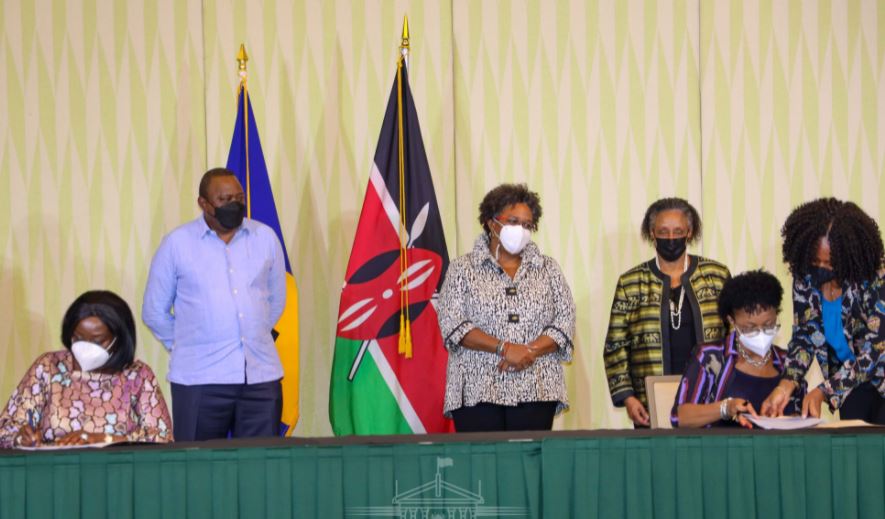 The President pointed out that Kenya and Barbados have steadily been working together to enhance cooperation between Africa and the Caribbean Community and Common Market (CARICOM), citing the first Africa-CARICOM Summit held virtually on 7 September 2021 as part of those efforts.

“Together, we started and spearheaded the need to have the very first ever African-CARICOM Summit that was supposed to be held on the sidelines of CHOGM last year. Unfortunately due to Covid, we were not able to do so.

“But again banking on the resilience of our two countries, we still managed this year to hold that first Africa-CARICOM Summit where we had participation of all our regional economic communities (RECs) of our continent together with leaders of CARICOM,” the President said.

He said Kenya and Barbados are focused on deepening people-to-people interactions, adding that it was the people who could turn the good relations between the two countries into profitable and meaningful relationships. 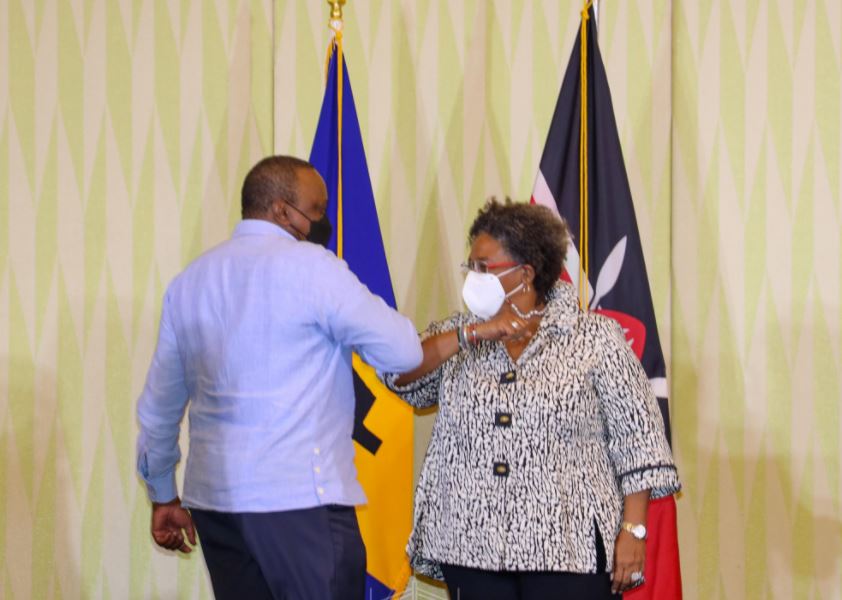 The President informed Prime Minister Mottley that more Kenyan business people and investors would have made the trip to attend the Kenya-Barbados business forum were it not for the travel restrictions brought about by the Covid-91 pandemic.

He expressed optimism that the interaction between the business people of the two countries will act as a catalyst for bringing many more people, not only from Barbados but also the rest of the Caribbean region, to Africa to engage in trade, tourism, culture, sports, education and other aspects of common interest.

The President disclosed that Kenya and Barbados are exploring ways of establishing direct air and sea links to enable the free movement of people, goods and services between the two countries.

“This is one area where we are hoping to find great success that will make it easy for the business men and women, those seeking to re-engage with the African continent, to be able to do so without having to wait for visas from third parties,” President Kenyatta said.

On her part, Prime Minister Mottley said the large number of members of the Kenyan private sector who attended the business forum in Barbados signified the seriousness the two countries have in strengthening their economic ties.

“Not even Covid can separate us. I think that all of us recognize now that we are in a marathon and not a sprint. And that we have had, in the past, to become resilient and this generation of Kenyans and Barbadians must be resilient to the times whether those times are affected by the pandemic or whether they are affected by the climate,” the Prime Minister said.

Saying Kenya represents the cradle of civilization, Prime Minister Mottley said it was critical that Barbados partnered with Kenya as a bridge to the East African region and the rest of the continent. 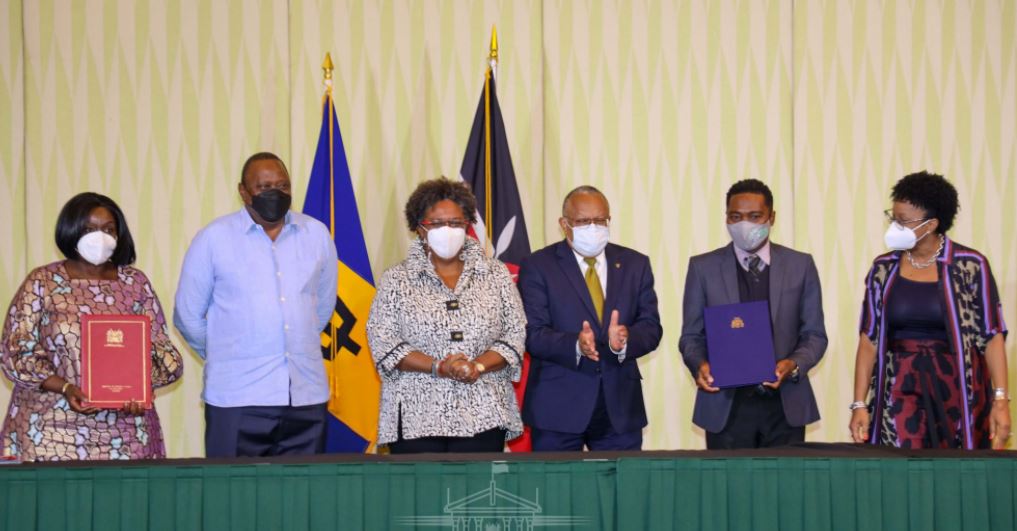 Alai: This is How Much NTV Charges For Interviews < Previous
Weston Hotel Lawyer Ahmednasir Abdullahi Confirms There Were Orders To Demolish it Next >
Recommended stories you may like: