Duale To Rozaah Buyu: “I am Not Your Boyfriend” 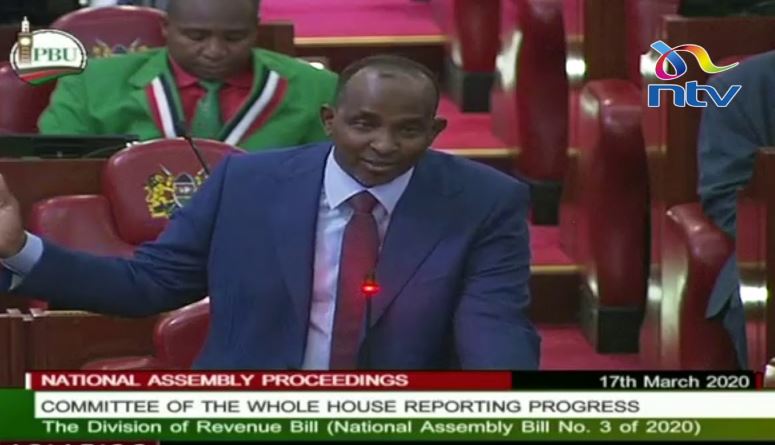 Parliament is back to its usual ways.

On Thursday, Garissa Township Member of Parliament, Aden Duale, caused a stir during a debate on the insecurity in Northern Kenya.

As he was making his contribution, he paused a bit to give Kisumu County Woman representative Rozaah Akinyi Buyu a piece of his mind. He accused her of interrupting him and shouting at him.

“Those of us who do not come from Northern Kenya, kindly, please don’t play party politics. Don’t shout at me, I am not your boyfriend,” he remarked.

Ms Buyu was clearly not impressed, seeking the intervention of the speaker.

“Madam speaker, is the Honorable Member in order to suggest that I, Rozaah Buyu, want him as a boyfriend,” a furious Buyu stated.

The former Majority Leader however remained defiant, stating that he had no need of a girlfriend.

“Madam Speaker, as a ranking member and as a person who professes the Islamic faith, I have absolutely no need of a girlfriend whether it is Rozaah Buyu or anybody. She should shut up,” he responded.

The Trending Tweets and Pics This Friday < Previous
Alai: This is How Much NTV Charges For Interviews Next >
Recommended stories you may like: