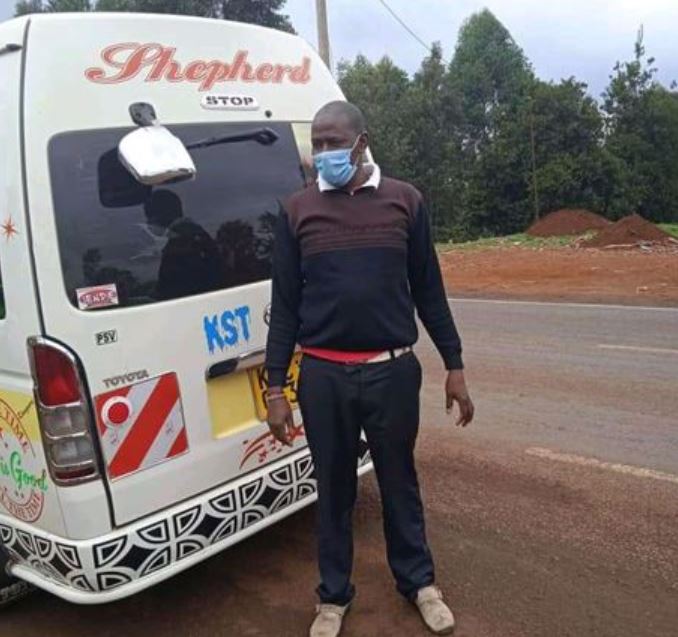 A little faith in humanity has been restored after a matatu driver returned a laptop and some cash that a varsity student had forgotten in a matatu.

Ian Gitau, a student at Mount Kenya University (MKU), boarded a matatu at Blue Post Hotel on Sunday, September 5 on his way to the school in Thika.

When he arrived in Thika town, Ian forgot his laptop bag which also contained an envelope that had Sh20,000; the money was meant for his school fees.

“I took a bodaboda and headed to school and when I arrived and had settled for some time, I realised I did not have my laptop bag,” Gitau said.

“I panicked because neither did I know the registration number of the matatu nor the driver,” he added.

Ian returned to the terminus of the matatu he had boarded in a bid to locate the vehicle but his efforts proved futile. He then reported the matter at Thika Police Station but officers told him that they could not assist him without the registration number of the matatu.

The following day, he went to KST Sacco offices in Thika and to his relief, he found his laptop.

“The matatu driver was later given a call and he confirmed that he had the money and in 20 minutes he met with me and handed me the cash. I did not believe my eyes,” Ian said.

The driver identified as Basilio Kimani said that he kept the money because he knew the owner of the laptop would ask for the cash.

Garbage Collector Tells Court he Smokes Weed Because of his Job < Previous
Guard Sacked for Questioning Lack of Toilets Awarded Sh171K Next >
Recommended stories you may like: