Two children who had been reported missing in Muthurwa, Starehe Sub-county in Nairobi have been reunited with their families.

The girls aged 3 and 4 were rescued on Sunday evening by a policewoman who encountered them and their abductor along Langata road.

Chief Inspector Justine Ouya, an aircraft engineer at the National Police Service Airwing, had just landed from a troops resupply mission and was walking along Langata road when she came across the man holding the two girls by their hands.

The suspect, identified as 31-year-old Jackson Mutinda, had lured the girls from their home, promising to buy them a soda.

But thanks to Inspector Ouya’s intuition, the girls were rescued and the suspect arrested at shell petrol station. 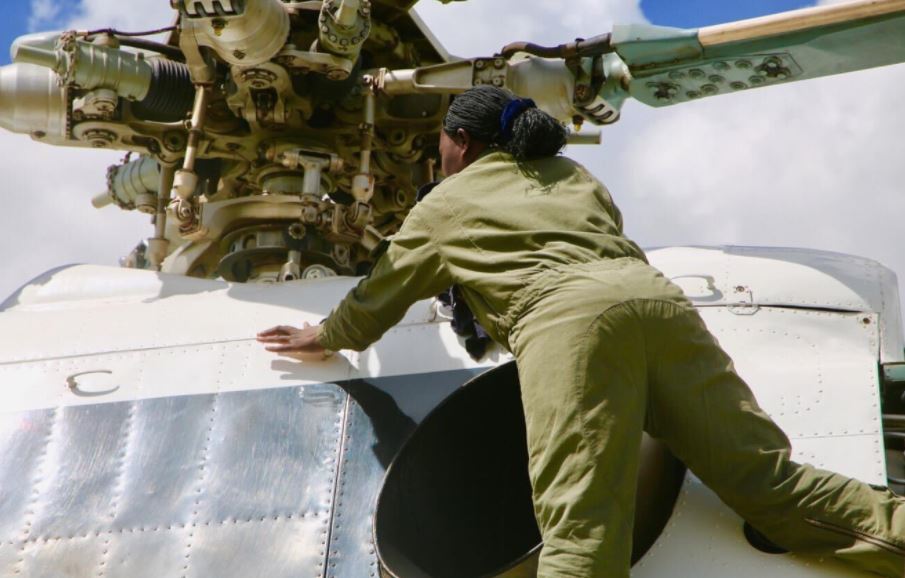 “Mutinda was walking with the minors towards Karen direction. After observing him and the little girls briefly, her intuition as a police officer coupled with her motherly instincts led her to be suspicious. She immediately stopped the man and interrogated him,” the DCI said in a statement.

“She also spoke to the minors and established that the man was not their father as he had alleged. Chief Inspector Ouya immediately restrained the man and raised the duty officer based at Wilson Airport, who responded with a contingent of officers instantly.

After interrogating the abductor, officers set off for Muthurwa, in search of the parents to the minors.

After a few hours, the cops traced the parents identified as Judy Nyakio and Teresia Njeri.

“…they were desperately looking for their missing girls. As they were reunited with their beautiful angels, the two parents could not hold back tears of joy thanking God for the miracle of seeing their babies alive and the officers for bringing them back home,” the DCI reported.

The NairobiWire Team thanks and salutes Justine Ouya for doing her job and restoring some faith in the police service. If only more cops were like her.

A State commendation should be in order!

Teen Boy Tells Court He Had Consensual Sex With Househelp, 32, for 8 Months < Previous
Chris Frangipane: Everything There is To Know About Halsey’s Father Next >
Recommended stories you may like: