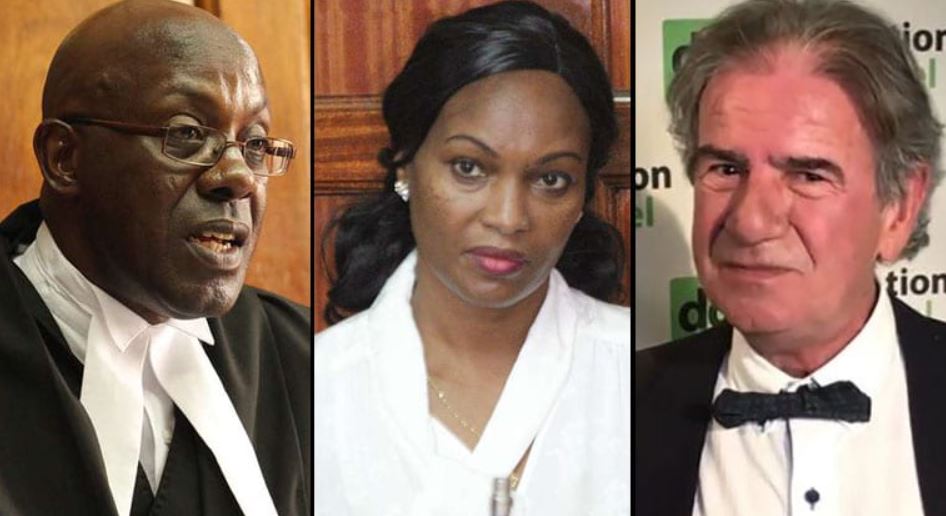 Court of Appeal Judge Sankale ole Kantai actively participated in the planning and cover-up of the murder of Tob Cohen,  a senior assistant Inspector General of Police has said.

John Gachomo, who is based at the Directorate of Criminal Investigations (DCI) headquarters, claims that the judge convened several meetings with Sarah Wairimu, the late Dutch tycoon’s wife, at different places, locations, and dates to plot the murder.

Court documents indicate that the office of the DCI is blaming agents and officers at the Office of the Director of Public Prosecutions (ODPP) for allegedly trying to illegally and unconstitutionally terminate the investigation hence not charging the judge.

“The DPP can only terminate criminal proceedings instituted by his office and not criminal investigations being undertaken by DCI while exercising its constitutional mandate,” court papers read.

The DCI further argues that the ODPP has never communicated what evidence was missing in the investigation file that was forwarded to them for the judge to be prosecuted.

The DCI officer also indicated that Tob Cohen was not aware that Judge Sankale ole Kantai had fraudulently transferred the late Silas Itas’ share to himself and later to Sarah Wairimu.

“That investigations further revealed that Cohen never instructed the judge to act for him or his company, hence the transfer of the said share was unknown to Cohen,” stated court documents.

The officer said Cohen was killed barely two days after he discovered the fraudulent transfer involving the judge and his wife.

“The discovery of this fraud is the motive of the death of Tob Cohen,” read court papers.

According to the DCI, forensic analysis established that the judge heightened his communication and association with Sarah Wairimu from July 17-19, 2019 when Cohen was expected to respond to the Registrar of Companies.

“The petitioner portrays the late Tob Cohen as a client and close confidant who entrusted him with a share in his investment yet investigation by DCI found no evidence of contact or association between the petitioner and Cohen,” read court papers.

The senior cop also alleges that the judge’s involvement in the fraudulent transfer of share was premeditated and intended to transfer the late Cohen’s interest in the company to Sarah Wairimu, who the State agency has also claimed was the judge’s mistress.

Court Delivers Verdict in Shooting of Ranalo K’osewe Foods Owner < Previous
Alix Bailey: Biography and Everything You Need To Know About Louis C.K Ex-wife Next >
Recommended stories you may like: