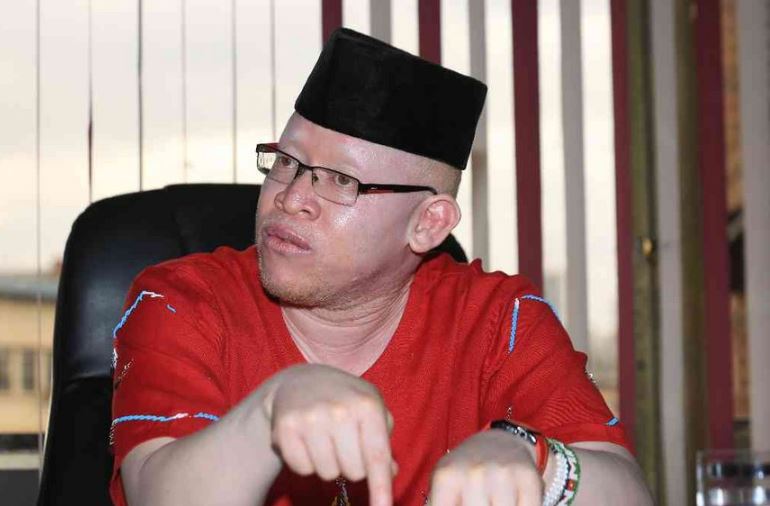 Nominated Senator Isaac Mwaura is seemingly in a tight spot after Jubilee and ODM parties launched a twin attack over alleged disloyalty to his party and hate speech.

On its part, the ruling party Jubilee has summoned Mr Mwaura to appear before the disciplinary committee for violating the party’s constitution. He reportedly did this by “pledging allegiance to another party, acting in a manner that is disloyal to Jubilee party and contravening the Jubilee party code of conduct”.

The senator is accused that on December 31, 2020, in Msambweni Constituency, he acted contrary to conduct expected of a Jubilee member when he publicly announced his allegiance to the United Democratic Alliance party during the homecoming party of the newly elected Msambweni MP Feisal Bader.

Isaac Mwaura is also said to have worn another party’s branding material other than that of Jubilee; proclaiming that the Jubilee party is dead through the Kenya Diaspora Media USA on April 22, 2020; and “…stating on Citizen TV on January 14, 2020, that Jubilee party is dead, it is not a party but a name, a song, and two or three colours”.

On the other hand, the opposition ODM party wants the Directorate of Criminal Investigations (DCI) and the National Cohesion and Integration Commission (NCIC) to take action against Mwaura over utterances he made in Githurai.

“Just a week ago, nominated senator Isaac Mwaura was captured on video inciting violence ahead of a visit by the Rt Hon Raila Odinga to Githurai,” ODM Disability League chairperson Nickson Kakiri says in the letter dated  February 1.

“He had both a tribal and class message; that people of Hon Odinga’s tribe were not welcome to Githurai and that the so-called hustlers should rise up (sic) and defeat the dynasties …”

Kakiri also describes Isaac Mwaura as a “thankless human being who will burn this country at the slightest opportunity.”

“Act now or throw the country to the dogs,” ODM stated.

Uhuru Kenyatta Tells Kenyan Youth, “Take Charge Of Your Future” < Previous
High School Student Hacks Father To Death “for intruding romantic moment with a girl’ Next >
Recommended stories you may like: