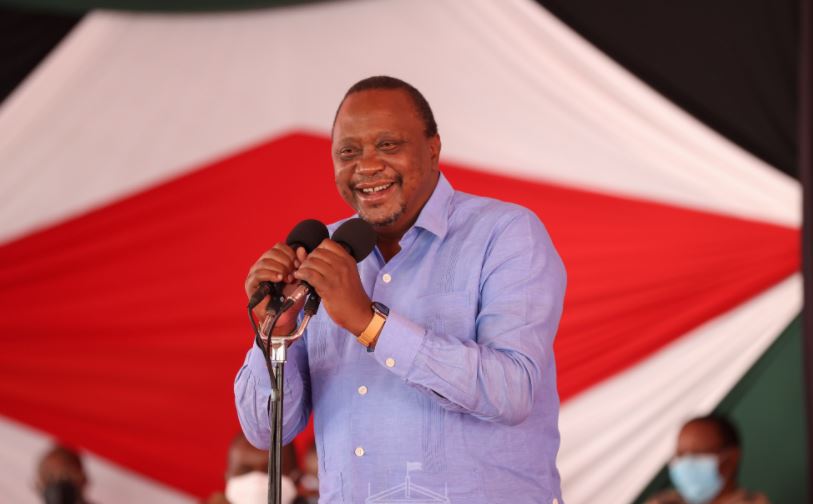 President Uhuru Kenyatta urged the youth to take charge of their future as he rallied them to support the Building Bridges Initiative (BBI).

Saying the country’s young people have the potential to propel the country to the next level of progress, the President cautioned them against falling prey to politicians dishing out handouts and spreading falsehoods against BBI.

“Come on, be awake and take control of your future because if you don’t, the people who will suffer the most is you and you will not have anyone to blame but yourself.

The Head of State spoke at Sagana State Lodge in Nyeri County where he engaged the youth from Mt Kenya and its neighbouring Counties on issues affecting them.

At the same time, President Kenyatta encouraged the youth to be focused and go for national leadership positions to build on the development momentum the country has gained.

“Brothers and sisters, the country has a bright future. We have laid a solid foundation that has been built on previous foundations. Don’t destroy that foundation in search of false hope. Protect it,” the President told the over 700 young people.

Noting that the youth represent close to 70 percent of the country’s population, President Kenyatta said they deserve more opportunities as proposed in the BBI document.

He asked all leaders to work together and put in place an enabling environment and the right policies to end poverty.

The President said the proposed reforms contained in the BBI document will fix the constitutional gaps in the 2010 Constitution and provide permanent solutions to the challenges facing the country especially the youth.

He emphasized the need for institutional change and a change of mindset that will enable the youth to be self sufficient and independent.

Speaking during the meeting, the youth assured the Head of State that they will stand firm behind him in support of BBI.

They extolled the benefits contained in the proposed changes that include exemption of youthful entrepreneurs from paying taxes for a period of seven years from the moment they register their business.

“We will market the document to the rest of the youth in the country because it represents our aspirations,” Commissioner Wambui Nyutu said.

Speaking to jubilant Chaka Town residents who turned up to receive him, the Head of State said the Shs 1 billion modern market which is 98 percent complete will transform livelihoods in the area by providing a conducive environment for traders to do business and farmers to sell their produce.

DP Ruto Cautions Leaders Against Misleading Youth To Violence < Previous
Jubilee, ODM Gang Up Against Isaac Mwaura Over Disloyalty, Hate Speech Next >
Recommended stories you may like: