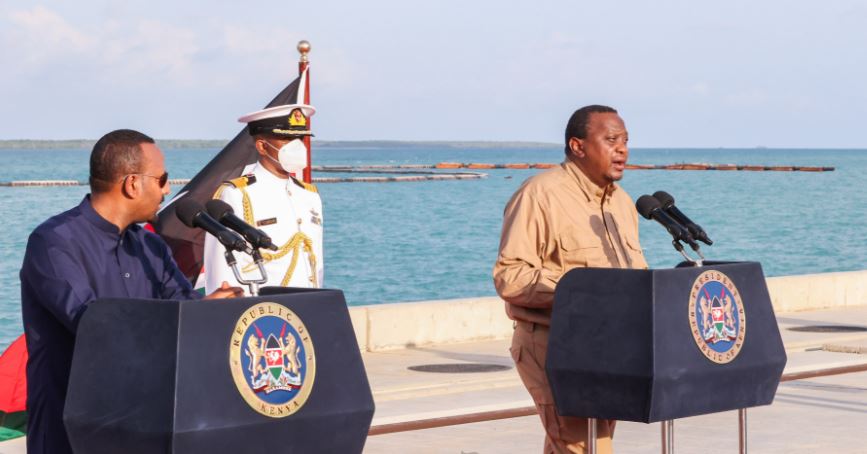 Kenya and Ethiopia on Wednesday reaffirmed their commitment to the continued implementation of cross-border infrastructure projects.

In a joint press address shortly after inspecting the ongoing construction of the new 32-berth Lamu Port, President Kenyatta and visiting Ethiopian Prime Minister Dr Abiy Ahmed said Kenya and Ethiopia are fast-tracking the development of the Mombasa-Nairobi-Addis Ababa Road Corridor Project so as to promote trade and regional trade. The corridor is part of the Trans-Africa Highway network.

“Additionally, we have embarked on the development of the Lamu Port-South Sudan-Ethiopia Transport (LAPSSET) Corridor, which is being developed to complement the Mombasa-Nairobi-Addis Ababa Road Corridor.

“Through this new Transport Corridor, Ethiopia will have a more reliable and more direct road access route; connecting Moyale and Isiolo to the Lamu Port on the Indian Ocean,” President Kenyatta said. 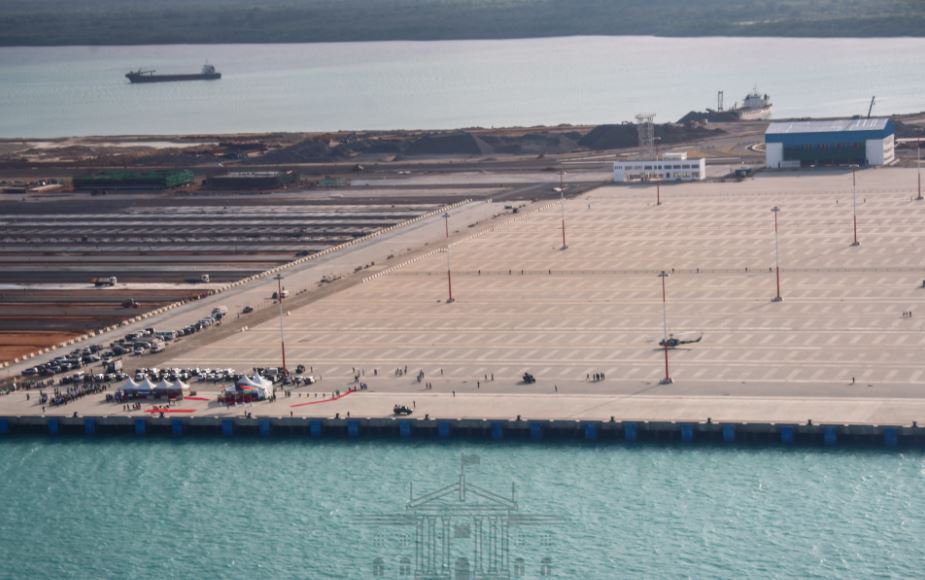 The Kenyan Head of State noted that since reaching the understanding to develop transport corridors jointly, the two countries have witnessed significant progress in the actualization of the Port of Lamu.

“The 1st Berth is complete and the other two berths are progressing well; indeed, they are 86% complete. Therefore, by end of October 2021, I hope to invite you and the President of South Sudan to join me in commissioning the First Three Berths of the Port of Lamu,” President Kenyatta said.

Expressing satisfaction on the progress of the Lamu Port, the President said he looked forward to the commencement of world-class logistics operations at the port so that traders can make Lamu the premier port of choice in East Africa.

He disclosed that the two countries will, in due course, unveil their detailed proposals for how they intend to rejuvenate the logistics and transport business in the region and position East Africa as a global logistics centre serving as the leading gateway into both the wider region as well as the rest of the continent. 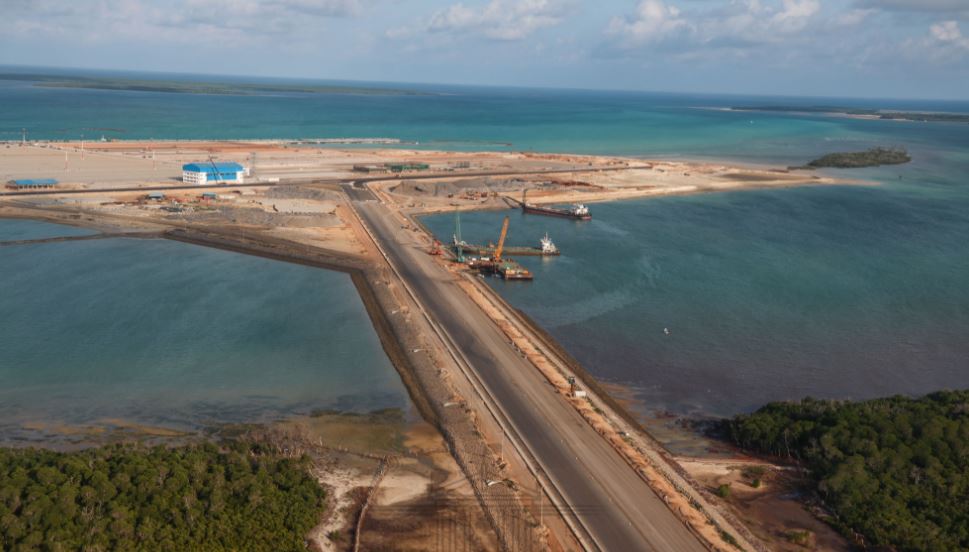 President Kenyatta also observed that the completion of the first three berths of the Lamu Port will require a road off-take system to provide connectivity from Lamu to Moyale, to Hawassa and Addis Ababa spanning about 2,000km.

“I am glad to inform you that most of the Kenyan sections of that road network are either complete or very near completion,” President Kenyatta informed Prime Minister Abiy.

He said the complete Isiolo-Moyale road is a game changer by opening up trade and transportation opportunities across the border.

President Kenyatta added that the Lamu-Witu-Garsen road is progressing well and is now 80% complete.

“This road will provide the initial off-take route and will serve as a good link to Ethiopia from Isiolo through Garissa.

“We have also commenced the process for the construction of the new Lamu-Garissa road (250Kms), which will provide yet another transport artery to the Lamu Port,” the President said. 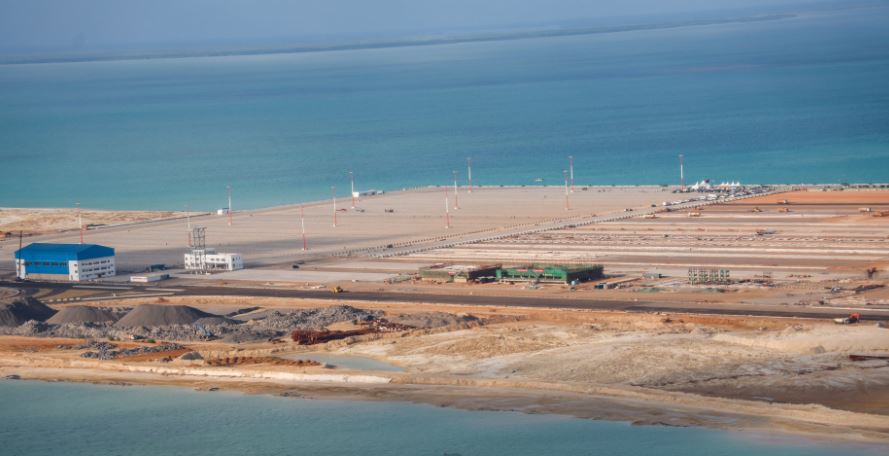 President Kenyatta said following his tour of industrial parks in Hawassa in Ethiopia, the two countries have resolved to collaborate in establishing a Special Economic City in Moyale so that cross-border trade can thrive and improve the livelihoods of local communities.

The President added that Kenya plans to establish an industrial city in Lamu to serve the region and the world at large.

He affirmed Kenya’s commitment to the development of transport economic corridors that will provide seamless connectivity and enhance trade and logistics within the region, saying the transport projects will help spur inter-regional trade and further strengthen regional integration.

“We must consider all transport corridor projects as regional projects, where Kenya, Ethiopia and our neighbouring countries, have a real stake,” the President said.

On his part, Prime Minister Abiy Ahmed said the Lamu Port will benefit Ethiopia and South Sudan, encouraging the two countries to work as part of the efforts to integrate the whole of Africa.

“This afternoon we are witnessing the potential of Lamu Port not only for Ethiopia but also for South Sudan. This will help us to realize our vision which we have already been discussing and working on for economic integration of our region and the transformation of the lives of our people,” said the visiting Ethiopian PM. 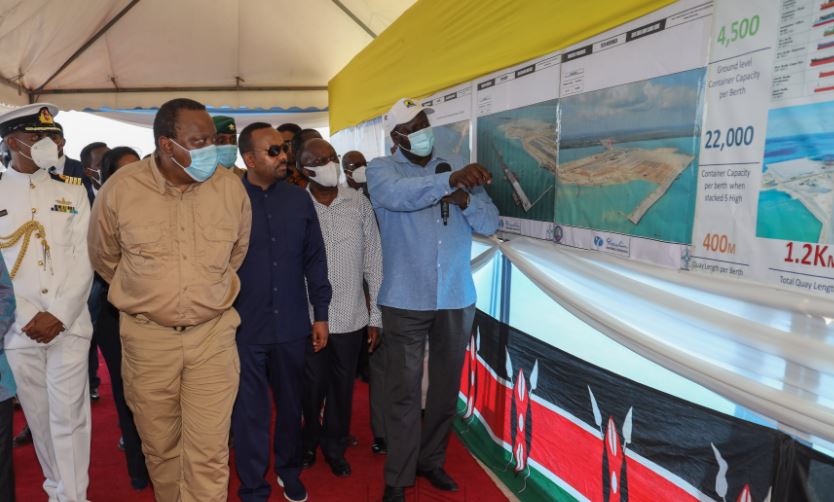 He said there was a lot of potential in Ethiopia but without ports and road connectivity it would be difficult to export their products or import from other countries.

Dr Ahmed underscored the importance of infrastructure and economic integration, saying it would be hard for countries to survive in the 21st century without good infrastructure.

“Without infrastructure, without economic integration there is no way we can survive in the 21st century. We can transform the Horn of Africa as long as each government dedicates their time and resources to invest in infrastructure like my brother did in Kenya,” PM Abiy Ahmed said. 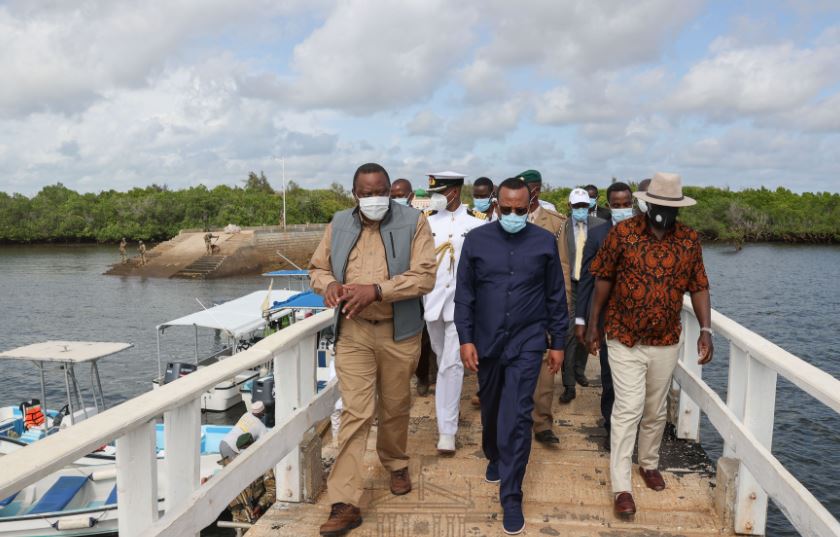